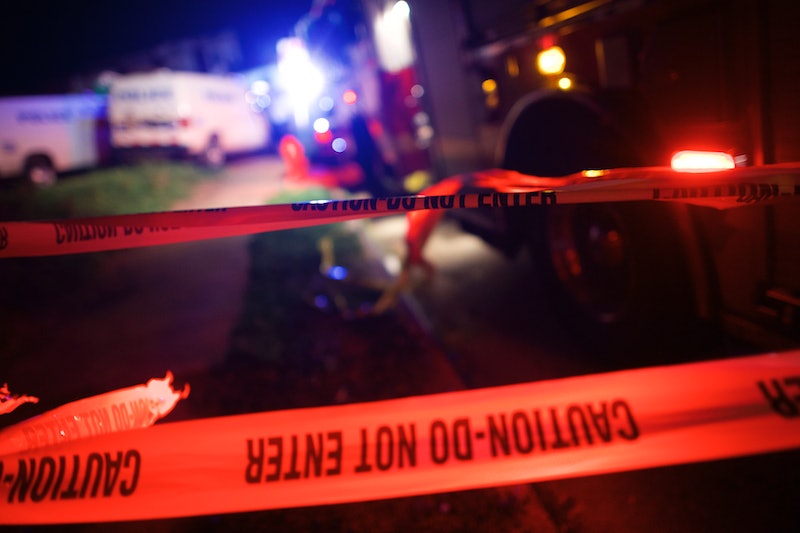 On Thursday evening, at a theater in Lafayette, Louisiana, a gunman opened fire during a showing of Trainwreck, killing at least two people and injuring nine others before killing himself. Police Chief Jim Craft has revealed the conditions of the injured range from non-life-threatening to critical. Authorities have identified the suspected shooter but have yet to publicly reveal his identity. Officials have also said little on what the Louisiana gunman's motive was for the shooting, though they might unearth the reason as they carry out their investigation.

"There's nothing to believe that there was any kind of motive," Col. Michael Edmonson of the Louisiana State Police told reporters. Chief Craft also did not speak to a specific motive, saying in a Thursday evening press conference:

We don't know if this was just a random act or whether it was a domestic situation. We really don't have that information and are not far enough along to be able to determine that.

Officials said they couldn't speak to a motive behind Thursday's shooting, though Craft told reporters the 59-year-old gunman had an "old" criminal record. Officials also said discussions with known associations as well as his computer could provide clues as to what may have led him to open fire in a crowded theater. As of Friday morning, there was no evidence to suggest the Lafayette shooting was racially motivated, such as in the case of the Emanuel AME Church shooting in Charleston, South Carolina, last month, or an act of domestic terrorism, like the Chattanooga, Tenn., shooting just last week.

More like this
How The City Healed Five Years On From The Manchester Arena Attack
By Ella Glover
How To Support Gun Control Reform Right Now
By Morgan Brinlee and Carolyn Steber
The Church Of Scotland Votes To Allow Same-Sex Marriages
By Sam Ramsden
Taylor Swift, Kerry Washington & More Speak Out On Uvalde Mass Shooting
By Jake Viswanath
Get Even More From Bustle — Sign Up For The Newsletter