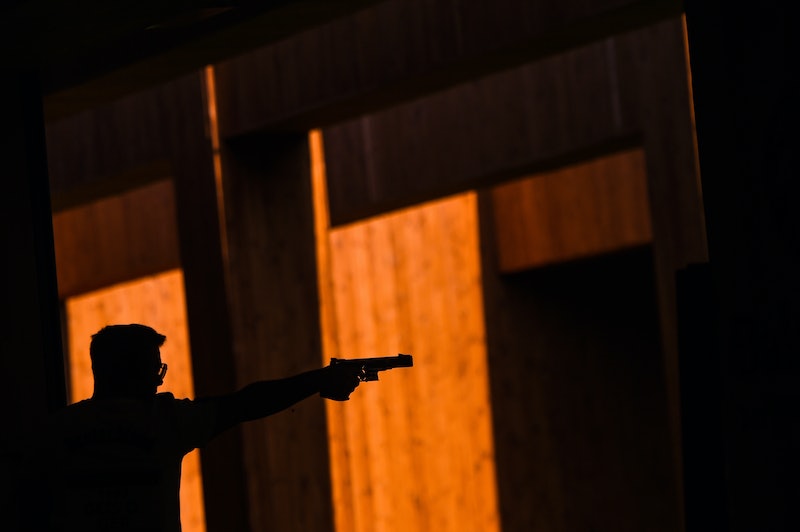 On Thursday evening, a 58-year-old lone gunman allegedly started shooting inside Grand 16 Theatre in Lafayette, Louisiana. The shooter, whose identity has yet to be revealed by officials, killed at least two victims and injured nine more before taking his own life, authorities said. Unfortunately, the shooting in Lafayette is only the latest in a series of fatalities across the United States this summer as a result of gun violence, leaving many politicians and activists demanding more vigilant gun laws. Officials have revealed the gunman of Thursday's shooting in Lafayette used a handgun, but have yet to publicly reveal how he obtained his firearm. However, judging by what Louisiana's gun laws are, the firearm probably wasn't too difficult for the gunman to obtain.

Open carrying of a firearm is also permitted in the state of Louisiana. The exact definition of "open carry" differs state by state, but it is essentially shorthand for "openly carrying a firearm in public," or not having to conceal a gun from "common observation," according to Local Open Cary Awareness League (LOCAL).

However, open carry is under no circumstances allowed in school zones (if you are not in your vehicle, or on private property), state and local government buildings, anywhere that sells alcohol for consumption on the premises, and private property that posts signs expressly forbidding the carrying of firearms, LOCAL states. Gun owners do not have to be Louisiana residents to open carry in the state. Those who purchase guns must be at least 18 years old, and guns cannot be purchased for minors. Lack of knowledge of the minor's age is not a defense. However, no permit is required to purchase or possess a rifle, shotgun, or handgun. There are no restrictions on magazine capacity for guns in the state of Louisiana.

According to the Lafayette City-Parish Consolidated Government, the city defines "illegal use of weapons or dangerous instrumentalities" as:

Illegal use of weapons or dangerous instrumentalities is the intentional or criminally negligent discharging of any firearm or the discharging or firing of a rifle of a caliber of .22 or larger across navigable streams in this state or the throwing, placing or other use of any article, liquid, or substance, where it is foreseeable that it may result in death or great bodily harm to humans.

It continues: "Whoever commits illegal use of weapons or dangerous instrumentalities shall be guilty of a misdemeanor."

The shooting of airguns, BB or pellet guns, pistols, rifles, shotguns, and any other firearms within the city is prohibited, with some exceptions for sheriffs, deputies, and state and city police, and for secondary schools or colleges offering firearm education. There is also an exception to this prohibition for shooting rodents, and depending on the shooter's firing range, if it is "approved in writing by the chief of police upon proper written application."

The Lafayette gunman could have obtained a gun fairly easily, although he should have needed a permit as he was using a handgun. Authorities have yet to say whether the gun was legally or illegally obtained. Open carry is legal in Louisiana even for non-residents, and so we cannot be certain the gunman was even a Louisiana resident until officials release more information about him.

Casual stances on gun laws are common in Southern states like Louisiana, and unsurprisingly, the most notable shootings this summer took place in Charleston, South Carolina, and Chattanooga, Tennessee. The fatalities that have resulted from gun violence and casual gun laws indicate the mounting need for reform.