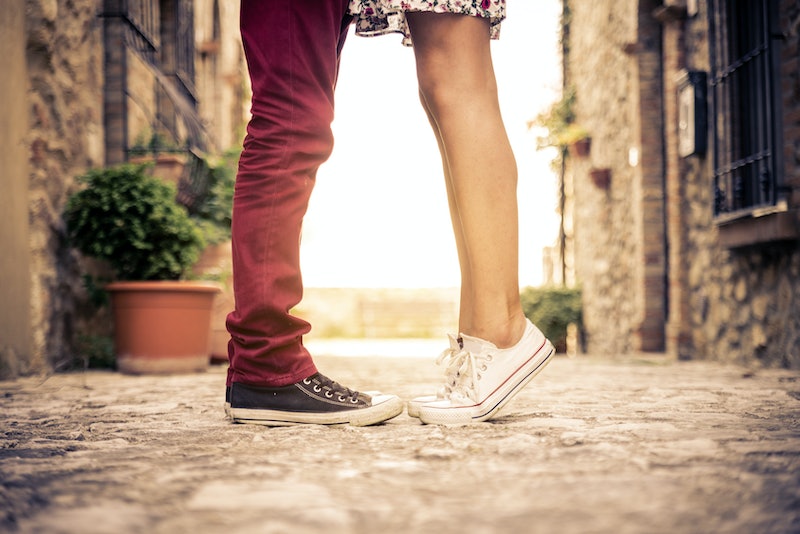 While the temptations of teenage lust haven't changed much since our parents' generation, teens today are having less sex than ever and managing to resist their carnal desires, says a new study by the CDC. According to the report, less than half of teens over 14 surveyed have had sex, and those between 15 and 19 who have done the deed dropped 14 percent for girls and 22 percent for boys over the past 25 years. And for the few teens who are going to town, the majority are using some form of protection — which is frankly the best news ever.

The upside to all these abstaining kids is that teen pregnancy has decreased 57 percent over the last 30 years. For this reason alone it's great that a large portion of teenagers are saying no thanks to risky sex (or regular sex, for that matter), but it does not mean there's anything wrong with sexual exploration at a young age. Those who really enjoyed their years of teenage sex (myself included) can gleefully attest to how important early sexual experiences can be. At the same time, I can also attest to how terribly awkward, humiliating, and upsetting getting it on between the ages of 15 and 18 can be. So for the teens sitting on the sex sidelines, here are six reasons why teenage sex isn't always worth it:

1. It Can Be Awkward As Hell

Some lose their virginities atop silken duvet covers surrounded by candles as the strains of Boyz II Men wash over them (holla '90s girls!), but the rest of us have really awkward, fumbling "does-this-go-here?!" experiences that are over before they even begin.

2. It Can Be Really Painful

Two inexperienced folks (especially of the hetero variety) trying to jam stuff in places where stuff has yet to be jammed is usually a recipe for a whole lot of ouch.

Do I really need to explain this one?

4. Your Parents Walking In On You

Endlessly humiliating. I am in a state of perpetual cringe even thinking about it.

5. Not Knowing How To Use Protection Correctly

Which way does the condom unroll again? Does double bagging it really work? What if I take, like, three of these birth control pills after skipping a few days? NBD, right?

6. Not Understanding The Difference Between Sex And Love

Of all the reasons to not have teenage sex, this might be the kicker. Your emotions can't always keep up with your nubile body, and sometimes that 20-second session is enough to make you seriously fall hard for someone, even when the feeling isn't mutual. Obviously this happens to adults, too, but for fragile, young hearts, it can be totally devastating.

More like this
I'm 42 & I've Never Had Sex. Is It Too Late?
By Sophia Benoit
5 Crystals For Anxiety
By Megan McCarty
5 Crystals To Manifest Better Sleep
By Megan McCarty
The Case For A Hard Launch Summer
By Morgan Sullivan
Get Even More From Bustle — Sign Up For The Newsletter