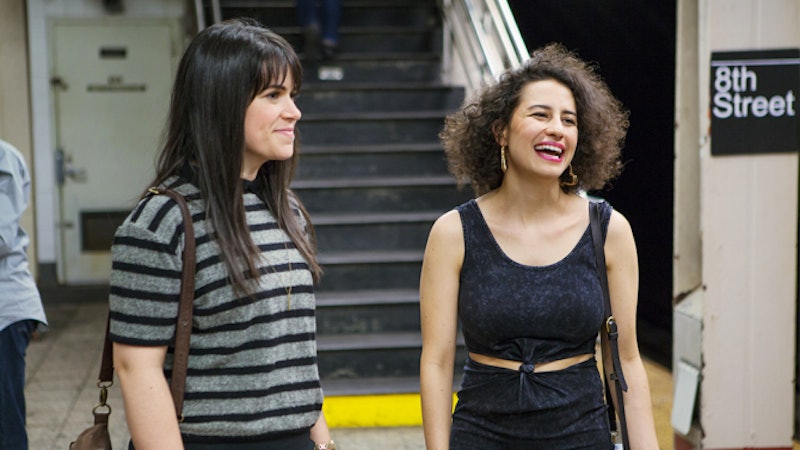 You can gather a lot of accurate insight into a person's self-worth just by seeing how they interact with others. Like you know the person flipping out at an innocent neighborhood café barista for breaking, "Sorry, um, iced cappuccinos aren't a real thing"? That person clearly feels very angry at themselves out completely powerless in their own lives. It's pretty remarkable. You'd never find a confident, cognizant adult doing something like that. In the same vein, there are a few things confident women never do in a friendship because, well, they're not trying to prove something.

Confidence plays a huge role in personal relationships. That's part of why middle and high school friendships are usually so rocky and ultimately unhealthy. In our torturous tween and teen years, we're at our least stable sense of self. Anything can be an effective trigger to make us question everything and crumble — that isn't much of durable foundation upon which to build human relationships, huh? As we (hopefully) grow up and actualize who we are in a healthy way, we leave behind immature, unhelpful friendship habits. Remarkably, I still run into women who still lavish in these harmful behaviors. It doesn't happen a lot, but when it does, the reason is clear: they just aren't that confident. Well, that won't do. There's some things you won't catch confident women doing in friendships.

This. This. This. When people bad mouth their friends behind their backs, it's highly indicative of their own lack of self esteem. That and possibly jealousy. In middle school, trash talking non-present friends was totally normal, but as adults? Shouldn't we choose to regard friends as allies instead? And respect them both when they're around and when they are not? Confident women hold the highest regard for those they let in — so this would just plain never happen.

Many times when friends talk trash, it's because an issue left undiscussed between those actually involved. They let bad feelings build until they're bursting at the seams — something that can be expedited through enough trash talking. Confident, grown-ass women talk it out with the specific person in private, calmly, no claws. Communication is crucial and a confident woman gets that.

Get offended when confronted with conflict

Conversely, if the confident woman is the one summoning bad feelings, she isn't gonna get defensive when called out. She'll listen coolly and work to solve the problem at hand. Because she knows she, too, is capable of messing up. That doesn't mean her confidence is now shattered. She sees it as an opportunity for further growth.

Unless it will specifically and unnecessarily hurt her friends, she sees no point in hanging tight to information. She knows good friendships are rooted in open honesty. However, she sure won't—

Say a confident woman see's a close friend's recent ex all waste-face and grinding on another girl while out. That friend doesn't need to know and revealing such info is only going to sting. For no reason! Confident women don't get an ego boost from having "the scoop" if sharing it won't potentially do even a little good.

If a confident woman finds offense or problems in some aspects of a friendship, she'll be either upfront about it or move on completely. There's no in between.

Again, if it can be talked out, she'll spearhead and comfortably suss it. If it can't, she cuts loose with no regrets or hard feelings. Grudges, as it turns out, are one of the most thankless, pointless uses of energy in this mortal world.

Confident women don't feel threatened by friends' successes. Instead, she works to help the good fortune empower these people. After all, if a confident woman took so much care in curating her crew, surely she wants to make sure they're kicking as much ass as possible, right?

There's no negging here, folks. Everyone is equal in a group of confident female friends and celebrated to match.

Let others belittle their friends

They've got your back, always. With a confident woman in your squad, you know the lion have got nothing on you.

She realizes everyone is busy and everyone has their own stuff going on. Confident women want their friends to feel free to manage their own time — just as she does hers.

Confident women don't always know the right thing to say, but there's no way they'd let that stop them from being around during difficult periods. It's scary to call a friend who just lost a parent if you have no practice in that arena (and frankly, even if you do, it's always hard), but she won't allow anything to stand in her way of trying to help.

Say you show up for happy hour with less makeup than usual. A confident woman won't immediately, loudly regard this as an effect of lack of sleep thanks to that one dude blowing you off the other night. If she shows any signs of noticing, they'll be stemmed in genuine concern.

Make judgements at all

People deal with adversity in their own ways. If you had a bad breakup and plan to deal by getting very into DIY-ing some hummingbird feeders, she'll support you. She'd never throw shade with a backhanded compliment or talk down to you in social situations about it. Confident women want their friends to do them, y'know? And hummingbird feeders are pretty cool, TBH.

Be rude to a partner

Even the most confident women don't necessarily love their friends' partners, but they'll fake it enough to make group outings go smoothly.

We all fail. All. Of. Us. To stumble is to be human, and even when royally screwing up, a confident woman would never equate that as her friend being less of a worthwhile human. They hang — and work to help you get and feel better.

Push a person outside their comfort zone

"Peer pressure" just ain't in a confident woman's vocabulary. So should plans shift from neighborhood dive to full-blown strip club free-for-all and one friend isn't game, it's NBD.

Confident women have got their game on lock but also have some humility.

More like this
15 Ways To Tell Someone Was Just Talking Behind Your Back
By Carolyn Steber
25 Questions To Ask Your Friends When You're Bored
By Lexi Inks
Are Gemini & Scorpio Compatible In A Relationship?
By Kristine Fellizar
The Most Compatible Life Path Numbers, According To Numerologists
By Kristine Fellizar
Get Even More From Bustle — Sign Up For The Newsletter