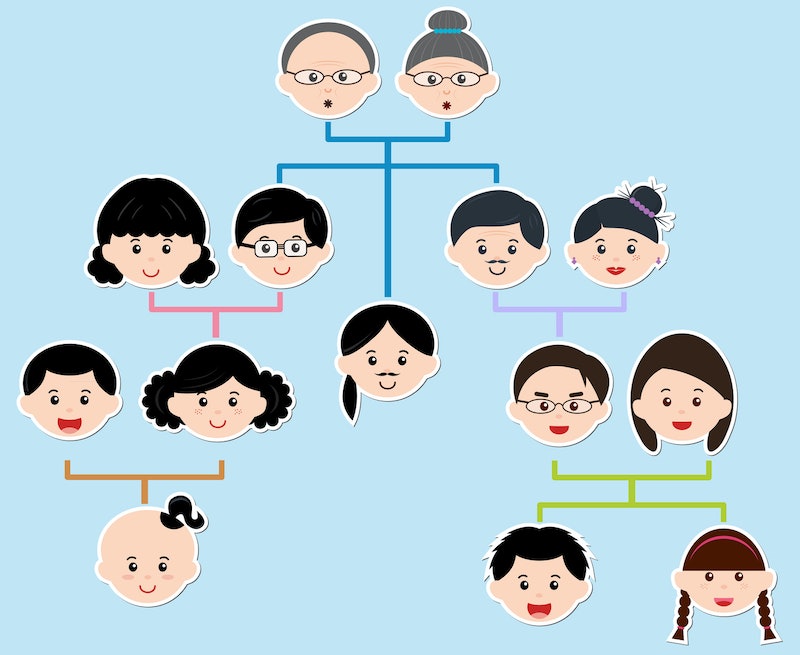 I have a little shopping problem, and I don’t mean shoes and coats (well, those too, sometimes). See, I’m always very much in the market for a family — sprawling and functional, nuclear and extended, and tooth-achingly apple-pie American. It’s through no fault of my own, really. I’m an only child of divorced parents and though one of those parents is wonderful, the other one is actually Lord Voldemort.

As any self-satisfied Psych 101 student would expect, my pursuit of a father figure, sibling stand-ins, and cousinly camaraderie has had an impact on my dating life. It’s not like I cherrypick dudes with idyllic backgrounds, but it’s certainly something I take into account. I’ve tried dating people with baggage like mine, and it only worked until our arms gave out. My current boyfriend is pretty unencumbered as far as baggage goes, and though he’s not accustomed to heavy lifting, he usually has a hand free to help with mine.

Combining our disproportionate families for a holiday would have been nerve-wracking enough if we lived in the same town. I am apparently incapable of doing anything halfway, so this particular merger entailed a six-hour car drive (12 hours cumulatively) and a three-night sleepover. Our moms had only met once before very briefly, and my mom had never met his dad before. And while she is not fundamentally different from them, I’m also not so sure they have tons in common.

Yes, really. Everything went smoothly — better than smoothly, even. Our parents got along, to the best of my knowledge. Nobody fought. Nobody screamed. Nobody burned the turkey. It didn’t feel uncomfortable. Everyone drank a normal amount of wine and refrained from behaving preposterously at the dinner table. It was a sexless, futon-in-the-living-room weekend, and so there were no mid-coitus parental interruptions. I sort of thought I’d have more drama to report.

My boyfriend and I have handled some big steps more gracefully than others. We were both too drunk to remember our first kiss. I didn’t want to label our relationship for months. We may not have even said “I love you” before I bought plane tickets to come join him and his massive extended family on their annual beach vacation. Though we’ve had our share of scrapbook moments, we’ve also had many that aren’t worthy of a Snapchat.

This past weekend, though? Scrapbook moments on scrapbook moments (and, fine, also Snapchats on Snapchats). I thought that it might make me sad for my mom and I to tack ourselves onto this Platonic ideal of a family — that it might cast our comparative solitude into sharp relief. I worried that I might get jealous of my boyfriend, as I sometimes do, because he’s just got an unfairly solid support network. But a house full of people is distracting, and I was too busy reveling in that and eating pumpkin pie to feel sad about the many relatives I no longer speak to, or to contemplate whether or not I’m worthy of love.

For all I know, our next big step (which is what – moving in together? Jesus.) could be a disaster of epic proportions. But nothing can erase this abnormally picture-perfect Thanksgiving and trust — I am going to cling to this memory.

I’ve got a good dude, and he’s got a good family. And with my purchase officially mom-approved, it might be time to rip off the tags and toss the receipt.

More like this
15 Ways To Deal With A Toxic Family During The Holidays
By Gabrielle Moss and Carolyn Steber
20 Thanksgiving Toast & Speech Ideas That Actually Aren’t Cheesy
By Brandi Neal and Mia Mercado
Are Sagittarius & Sagittarius A Good Match? Astrologers Weigh In
By Kristine Fellizar
7 Store-Bought Bread Rolls For Thanksgiving That Taste Homemade
By Chelsey Grasso and Lauren Grant
Get Even More From Bustle — Sign Up For The Newsletter