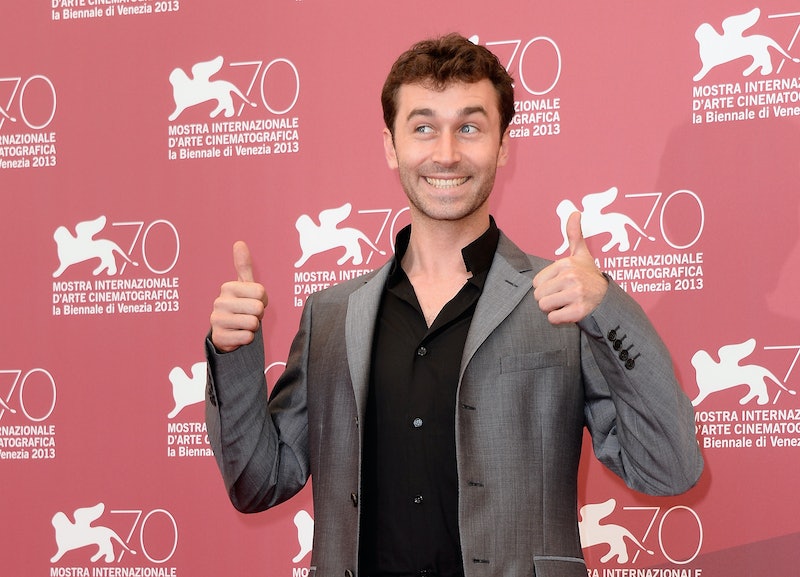 Out of Netherlands comes Beautiful Agony. Fairly reminiscent of the “O” face posters for last year’s Nymphomaniac by Lars von Trier, the main page is covered in faces of people in throes of pleasure. Because of its focus on faces, you don’t have to worry about running into a gang-bang situation. It costs $14.95 to be a member, but you do get free previews if you want to check it out right now.

If foreskin isn’t your scene, then Naughty Foreskin isn’t for you. Also, if you’re not into gingers, then you probably want to pass, because basically it’s just a ginger dude with foreskin jerking off all the time. You never see his face so you can fantasize he looks like Prince Harry, if you want. It’s also free, and everyone loves free.

Although the name Sounds of Pleasure is pretty damn cheesy, according to Hamilton, what makes it so intriguing is the fact that there are no visuals and just the sound of people having sex. It’s also free, so maybe you can trade in your ocean wave sounds that help you sleep for the moaning of people banging instead.

Where Lady Cheeky wins is with its “Smut for Smarties,” that's geared toward people who want to feel smart and classy ― and it’s free! Now you can drown yourself in artsy black and white photos, GIFs, and sexy stories and not feel like a porn-obsessed creep in the process.

Although gay sex as a way to get turned on has never been my thing, Hamilton swears by it. As she explains about PornHub’s gay section: “A lot of women, gay and straight, like to watch men doin' it because (1) the men are generally kind to each other, (2) they seem to be actually into it, plus, (3) double the penises!” It’s free, too. So there you go.

More like this
The Best Positions For 6 Common Sexual Issues
By Lexi Inks
14 Underrated Date Ideas To Try With Your Partner
By Lexi Inks
Bumble's "Compliments" Feature Lets You Message Before You Match
By Lexi Inks
Are Capricorn & Aquarius Compatible In A Relationship? Astrologers Weigh In
By Kristine Fellizar
Get Even More From Bustle — Sign Up For The Newsletter