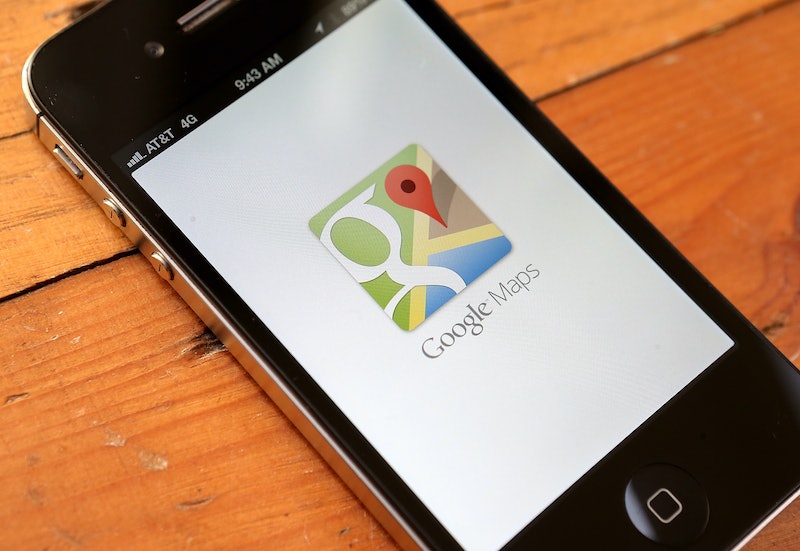 We already know that iPhone users can get an unexpected amount of sass when you give Siri specific orders — but she's not the only piece of mobile AI with a smart mouth. Try asking the Google Maps application “Are we there yet?” a few times and see where it gets you. Spoiler: Not very far — but it's so hilarious that I guarantee you won't be able to stay mad at your phone for long.

Cody Toombs of Android Police gets the credit for bringing this entertaining little Easter egg to our attention; he highlighted it in a post yesterday — but he didn't just write about it. Oh, no. He went the extra mile and shot a video of the trick in action. It's short — only 55 seconds long — but you guys? It's worth it. So, so worth it, especially on a Friday afternoon in the middle of the summer. I don't know whether the Google Maps Voice has a name (and neither, for that matter, does anyone else, apparently), but I do know this: After watching this video, I don't want to piss her off anymore than I absolutely have to.

I highly, highly recommend scrolling down to watch the entire video — but if you're in a place where videos are verboten right now, I made you some (relatively boring) GIFs.

The first time you ask Google Maps, “Are we there yet?”, she's happy to comply. She will cheerfully inform you approximately how long you have until you reach your destination.

According to Toombs, you have to ask the dreaded question a few times in order for the trick to work. In the video, Google Maps answered “No” to both the second and third attempts.

This is what happens when you ask it a fourth time. To which I can only say this:

For the curious, here's the whole video:

We already know that Google Chrome has a bunch of wonderful Easter eggs built into it — but are there others that apply specifically to Google Maps? Of course there are. Here are a few of my favorites. Most of them apply to Google Maps if you use it in a regular ol' browser, as opposed to the Google Maps app used on the smartphone of your choice — but they're still entertaining. nonetheless.

OK, so yes, maybe the Loch Ness Monster is just a giant catfish — but I still love the fact that if you visit Loch Ness on Google Maps in your browser, the Pegman turns into a tiny green Nessy. It's adorable.

If you visit London in Street View, go check out the Earl's Court Tube station. There's a familiar blue box parked right outside of it.

If you ask for directions going from Snowdon to Brecon Beacons, choosing public transportation for your method lets you travel by dragon. For the curious, it takes 32 minutes to reach Brecon Beacons from Snowdonia Dragon Station.

Head to Mars on Google Earth and search for “Meliza.” It will allow you to speak to a version of the natural language processing computer program ELIZA. It's worth noting that at one point, Meliza disappeared; she appears to have returned as of October 2013, though.