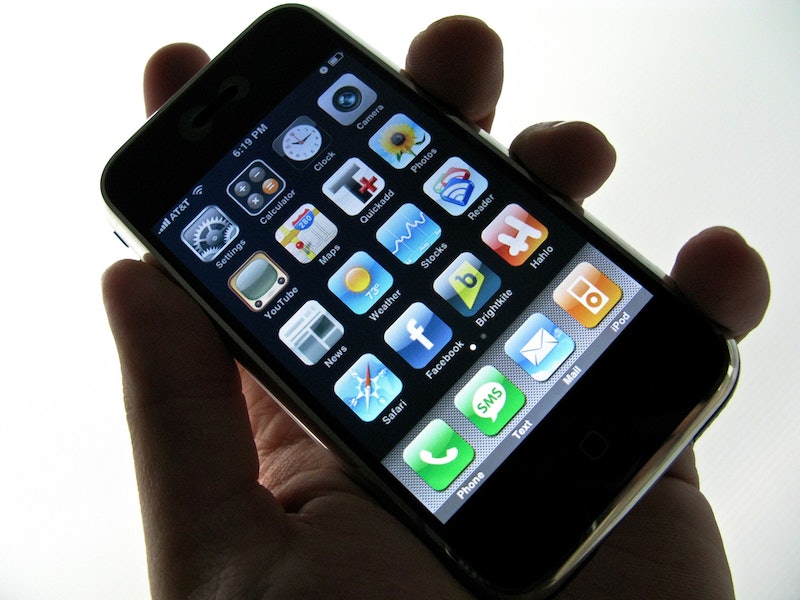 Wacky tech tricks frequently make their way around the Internet, because apparently there's nothing we enjoy more than getting our electronic devices to do unexpected or downright weird things. The latest one? Asking Siri what zero divided by zero is. Unlike some of the more mundane tech tricks out there, though, this one is definitely worth it — because it turns out that the iOS virtual assistant can throw some serious shade when she feels like it.

The trend seems to have been kicked up by Breaking Bad star Aaron Paul, who tweeted in the wee hours of the morning, “Ask Siri, 'What is zero divided by zero?' RIGHT. NOW.” Even though the tweet hit the web at about two o'clock in the morning, many complied, because, well… when Aaron Paul tells you to do something, you do it. In any event, the whole “ask Siri what zero divided by zero” thing rocketed across the Internet at astonishingly high speeds, because you guys? Her answer is the best.

What Siri displays on your phone screen in response to the question isn't really anything to write home about. In mathematics, anything divided by zero has no defined value; as such, it's not surprising that Apple's digital assistant tells us that the answer is indeterminate:

However, what this picture doesn't show you is what Siri actually says when you ask her to divide zero by zero. I lovingly transcribed it for you in case you don't have an iPhone, but if you do? You really need to hear her say it for yourself:

Imagine that you have zero cookies and you split them evenly among zero friends. How many cookies does each person get? See? It doesn't make sense. And Cookie Monster is sad that there are no cookies. And you are sad that you have no friends.

And hey, guess what? Asking Siri to perform mathematical acrobatics isn't the only request that results in her giving you some surprising sass. Take these eight other times, for example — they prove that nobody sasses quite like Siri sasses.

1. When you ask her to tell you a haiku.

It's not that she doesn't understand haiku as an art form; she just doesn't appreciate being asked to compose then on command.

2. When you ask her to talk dirty to you.

3. When you ask her what the meaning of life is.

Siri has a full arsenal of philosophy jokes at her command. For reasons I can't explain, I find this equal parts hilariously and disturbing.

4. When you ask her why the chicken crossed the road.

I'm sure that one got old real fast.

5. When you ask her that age-old question about woodchucks chucking wood.

Point taken, Siri — woodchucks are groundhogs — but could you maybe have shared that knowledge in a… less snarky fashion?

6. When you ask her who let the dogs out.

“Your brand of comedy is old and tired,” Siri intones humorlessly. “Come back later when you have learned some jokes that are actually funny.” (Or at least, that's the way she sounds in my as-yet-unwritten sci-fi novel, I, Siri: A Virtual Assistant's Tale.)

7. When you ask her what the fox says.

8. When you try to use her like Google Glass.

More like this
Remember These Ancient Pieces Of '90s Tech?
By Lucia Peters and Emma Carey
What Does “Gatekeeping” Mean On TikTok? The Viral Term, Explained.
By Courtney Young
TikToker Kate Glavan Has The Antidote To The “Hot Girl Walk”
By Alexis Morillo
What Is “Night Luxe?” Breaking Down TikTok’s New Aesthetic
By Courtney Young
Get Even More From Bustle — Sign Up For The Newsletter