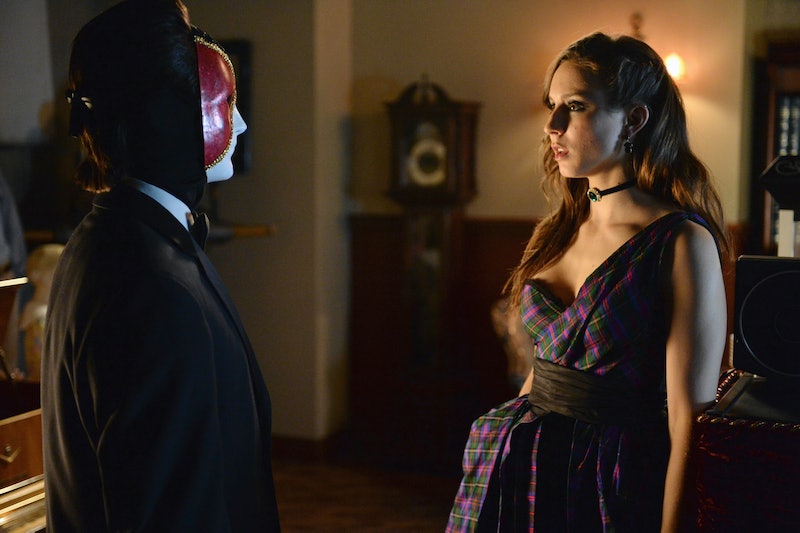 The end is near, Pretty Little Liars fans. We're mere episodes away from discovering who Charles DiLaurentis is, and the further we dive into the "Summer of Answers," the more we're learning about the mysterious Big A. We know that Ali and Jason's brother Charles is A and that he has a vendetta against the family who hid him away in Radley for years. Despite all of this knowledge, the timeline of Charles' life is pretty fuzzy, leaving many fans particularly confused about his age. So how old is Charles DiLaurentis? Pretty Little Liars has given enough tidbits to help us figure it out.

When we were first introduced to Charles via home video, it seemed highly likely that he was Jason's twin. After all, the boys looked about the same age, especially when placed next to Ali as a baby. It seemed logical to note that Charles and Jason were the exact same age, but a recent Pretty Little Liars reveal proved most fans were totally wrong about that. According to his father Kenneth, Charles was born 15 months before Jason, making him the eldest DiLaurentis. To hear more about the secret-keeping family, check out Bustle's PLL podcast.

So that tells us that Charles is the oldest DiLaurentis kid, but not his exact age, because we're not 100 percent sure of Jason's. That doesn't mean we can't figure it out, we just have to use some math.

Jason was in Melissa Hastings and Ian Thomas' grade at Rosewood High School, and we know that Melissa and Ian were seniors in high school when Ali and the rest of the girls were in the ninth grade, as evidenced by the fact that they were at the Halloween party in the flashback episode "The First Secret."

That would put Jason's general age at about 19 or 20 during the girl's sophomore year, when Ali first went missing that September. The following year, when Aria returned from Iceland and the whole "A" mess started, Jason was roughly 21 or 22. The girls are currently in their senior year and have been tormented by A for just shy of two years, which would make Jason roughly 24.

So how old would that make Charles? If he's a year and a half older than Jason, then he's roughly 26... which means we should be on the lookout for someone about that age. Our options are fairly limited here: we have Wren, sobriety coach Dean, and Noel Kahn's brother Eric, who would all fit the bill if Pretty Little Liars is in fact using this timeline. And as the video below shows, age isn't the only clue that Wren could be Charles.

While there's always room for error, and Pretty Little Liars has never been very strict with its timelines, this age estimation can at least help you narrow down that long list of Charles suspects before all is revealed in the Season 6 summer finale.