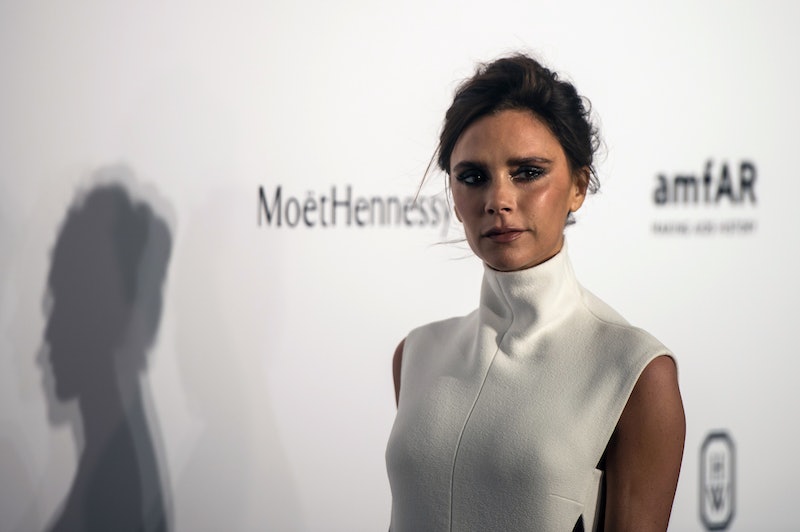 If you ever thought the fashion industry didn't have enough brains, one woman will definitely make you reconsider. Zofia Wosinska from Colorado is a chemist who became a fashion designer. Science and fashion have way more in common than I all thought, that's for sure!

According to a report from 9 News, Wosinska, who has a Ph.D in chemistry, was first inspired to design from when she was creating dyes that are used in diagnosing cancer, and the look the dye made with different tissues under a microscope. "Our patterns were inspired of the under microscope images of breast tissue. So here you can see one of our first silk scarfs and this is an image of breast tissue as it looks under the microscope."

The scarves are part of Wosinska's first line, Éstaine, which also features ties in a variety of patterns as well. Cool dye patterns weren't the only aspect of her life that inspired Wosinska move into the fashion sphere. When her husband was diagnosed with cancer, Wosinska saw her opportunity to make her designs about awareness in addition to style. Ten percent of the proceeds from every purchase is donated to one of a variety of charities that raise money for cancer research. This is basically the most stylish way of giving back.

Wosinska's start as a chemist is unusual, but she isn't the first designer to choose another career path before fashion. Let's take a look at some other big names who didn't exactly start out sending designs down the runway.

She's one of the most famous designers in history, but she didn't start out designing gorgeous dresses. Before becoming a hat-maker, Coco Chanel was actually a cabaret singer. Quite the career change, but it's pretty obvious Chanel made the right choice.

You probably already knew that designer Victoria Beckham started out as a pop star — though whether the Spice Girls or Beckham's runway creations are more influential really depends on who you ask.

Tom Ford is involved in everything from fashion to film these days, but he didn't actually plan on doing any of that. Ford actually went to school to become an arichtect. Instead of designing for Gucci, Ford could've been a regular Ted Mosby!

Miuccia Prada, head of both Prada and Miu Miu, was born into fashion, but it took her awhile to accept her destiny. Prada actually went to theater school and trained and performed as a mime (oh yes, a mime) for five years. Now that's the strangest first career I've ever heard.

Though Vera Wang didn't exactly start out as the bridal goddess that she is today, she got her start in the fashion industry. Wang was a fashion editor at Vogue until she was passed over for the spot of editor-in-chief — that's right, Anna Wintour beat out Wang for the job! Don't worry, it seems that Wang is doing just fine without it.

The Mother of Punk started out with some surprisingly normal jobs on her resume. Westwood actually worked at a factory and became a primary school teacher before starting her ultra-cool design house. Imagine if your teacher was Vivienne Westwood! That would've been a fun time.