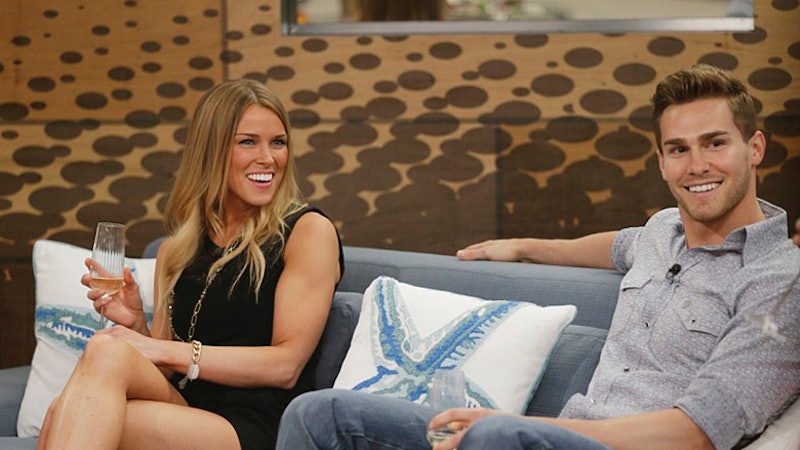 Big Brother is not The Bachelor. We don't walk away at the end of the season assuming that the relationships started on the show will spill over into real life. However, once in a blue moon, a Big Brother showmance lasts longer than the run of the show and there are many out there hoping that Clay and Shelli's showmance will blossom into a real romance after Big Brother 17 concludes. I'm not one for blind conjecture so let's take a look at all the data and decide if Shelli and Clay will date after Big Brother 17 is over.

There's almost nothing I can predict about Big Brother. One thing I can predict with absolute certainty though is that, if nothing else, Clay and Shelli's showmance will last longer than Liz and Austin's. Austin's creep factor is off the charts and I think I'm not alone when I say that Austin can't go home soon enough. But I digress. Back to the ever-attractive Clay/Shelli showmance.

Clay and Shelli have some distinct things going against them. They're in the Big Brother house. There's a large age difference between them. They would be long distance after the show ends.They also have loads of Americans rooting against the pairing. Nonetheless, even Slay haters can't deny that there seems to be a geniune connection between them. Whether that's just lust remains to be seen but there is a spark there. So let's look at all of things Clay and Shelli have going for their relationship to see if they'll withstand the test of time.

They've Discussed a Future After The House

They know it will be difficult to make things work. They seem to be proceeding with caution and approaching things realistically.

Clay's Not Worried About the Age Difference

The age difference might not be that big of a deal now but it's definitely something to think about before taking the relationship to the next level.

His words, not mine. But seriously, a healthy relationship can always use some good-natured teasing.

Seriously, talk about some good genes.

They Seem To Have A Strong, Healthy Relationship

Though Big Brother might not be the ideal place to fall in love, it certainly makes you put yourself out there and form relationships quickly. In a short amount of time, Clay and Shelli have built what seems to be a trusting, loyal relationship. That's an excellent foundation off of which to build a lasting relationship.

Clay seems to truly value Shelli for the intelligent, ambitious person that she is.

The Chemistry Is Definitely There

The Big Brother house is a never-ending den of chaos and it can be tough to keep up with all the drama. Luckily for you, you can catch all the dirty deets about your favorite showmance, Shelli and Clay, on Bustle's Big Brother podcast, The Diary Room. Check out the latest episode below and be sure to check out Bustle's SoundCloud page to stay up to date with all the latest BB gossip.

More like this
Travis Barker & Kourney Kardashian’s Updates About His Health Are Promising
By Stephanie Topacio Long
RHOA’s Kenya Moore Said Her Friendship With Marlo Hampton Is “Too Far Gone”
By Brad Witter
What’s New On Netflix: Lana Condor’s Ghostly Comedy & A Sexy Reality Series
By Arya Roshanian
Yes, You Can Really Charter Below Deck Med’s New Superyacht, Home
By Brad Witter
Get Even More From Bustle — Sign Up For The Newsletter