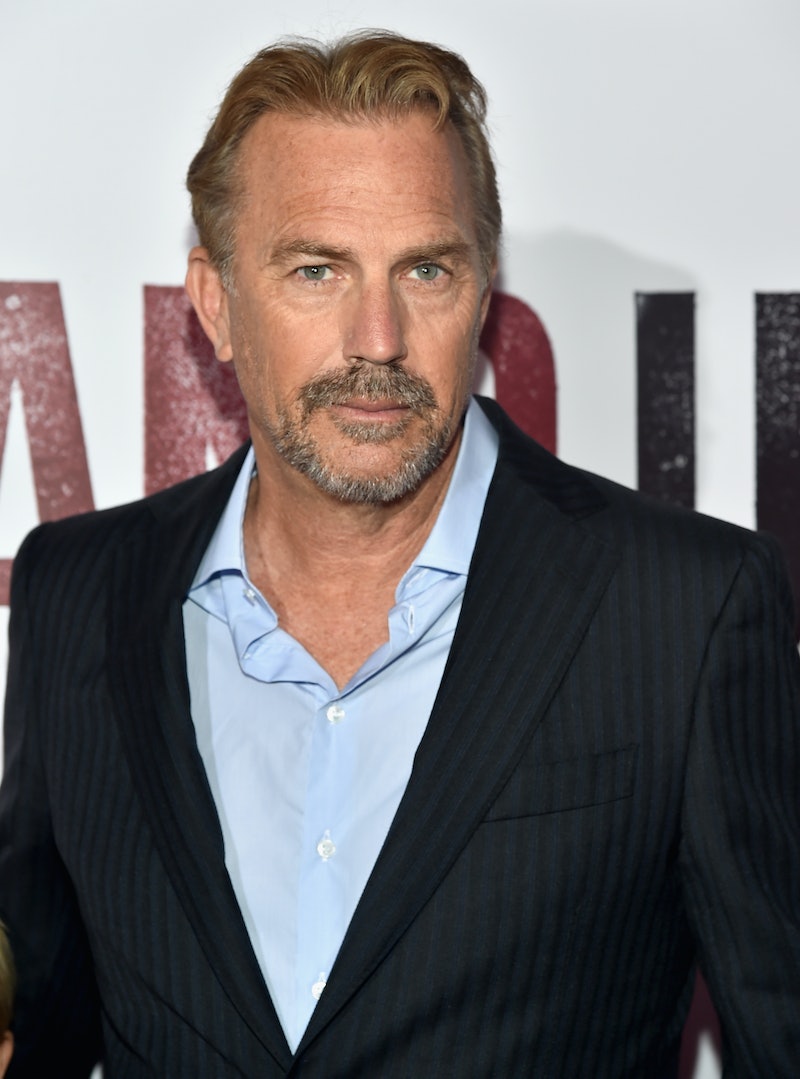 For some strange reason, my junior high school had decided to show us the Kevin Costner disaster movie Waterworld not once, not twice, but three times during class assemblies. Perhaps it was the only VHS tape they had on hand, or maybe the teachers were too lazy to look for another one. No matter how many times I've sat through Waterworld, there many things I never noticed from previous viewings. I mean, everyone knows it was a poorly-received epic about Costner in a world of water, and it was the most expensive movie made at the time of its release in 1995. But what don't we know?

The film was heralded as one of the worst movies — and biggest flops — when it was released 20 years ago. "Waterworld, is like both nightmares combined: the sinking of a cherished project, followed by a cavalry charge of criticism," The Independent's Quentin Curtis wrote in 1995. "The movie itself, though, has pulled off a still more remarkable chemistry experiment - a kind of reverse alchemy. It has turned gold into crap." Ouch. Currently, Waterworld has a 42 percent "Rotten" rating on Rotten Tomatoes, which I thought would be worse considering how much everyone seemed to hate the movie when it was initially released.

Everyone knows it's one of the most critically-panned movies ever, but here are some facts about the movie that were overshadowed by all of that.

1. It Was Nominated For An Oscar

Despite being a great big fail, Waterworld did get an Academy Award nomination — for sound mixing. It did not win.

2. It Didn't Win The Golden Raspberry For Worst Movie

Despite all the "worst movie ever" declarations, Waterwold wasn't named worst movie of 1995, a title that was rightly bestowed upon Showgirls. Dennis Hopper did win for best villain, so there's that.

3. The Movie Opened At No. 1 During Its First Weekend

Maybe everyone wanted to see what the hype was all about. Perhaps some folks are really into water. Or maybe it was just Costner's fan base at the time coming out in droves. Whatever it was, it caused Waterworld to take No. 1 during its first box-office weekend, but that doesn't mean everyone loved it.

And it's not like they meant it to. Waterworld went overbudget due to production problems, but Universal Pictures exec Tom Pollock took it in stride. "Universal and the filmmakers are trying to take audiences to a place they have not been before," Pollock told the Los Angeles Times in 1995. "That costs money. It costs a lot of money. Because of production problems, it costs more money than we anticipated. But it doesn't make it a bad movie. It makes it an expensive movie."

So. Many. Problems. The movie went over budget (above). According to the LA Times in 1995, crew called the set "extremely difficult," "chaotic" and "out of control." Costner was doing late rewrites on the script. Fun fact: Joss Whedon also did a polish of the script. Even his brilliance couldn't save this movie.

6. Waterworld Was Filmed In An Artificial Water Enclosure

This world of water was constructed off the coast of Hawaii.

7. Tina Majorino Was Stung By A Jellyfish 7 Times On Set

The actress filmed the movie at age 10. Now 30 years old, she shared this fun fact on Twitter recently. It's no wonder Costner named her "Jellyfish Candy." Yikes.