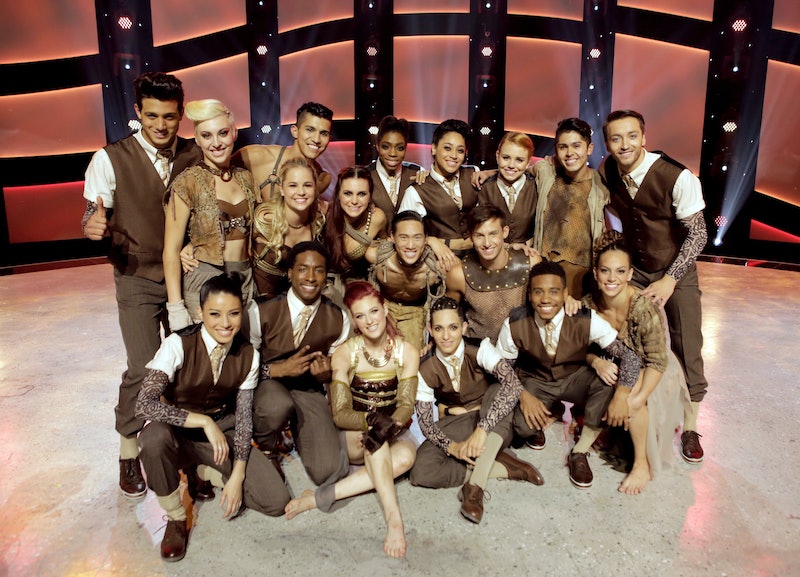 I know, I know. It feels like the live performance shows have barely started, and I'm already looking forward to the So You Think You Can Dance Season 12 finale episode. It's all about the journey, especially in a show that could fill dozens more episodes with talent every season. (Petition to Fox for SYTYCD year-round.) But I can't forget that we're in a competition here, and there will be a winner crowned. The first audience vote eliminations took the number of hopefuls looking to be America's Favorite Dancer down to 18, so there are still plenty more routines to consider and Twitter Saves to employ before all is said and done. When is the SYTYCD Season 12 finale?

Fox has not announced an official air date for the finale. But I can make an educated guess based on the way past seasons have played out. Two dancers will be eliminated every week until a final four is established. In past seasons, the final four performance show has been followed a week later by the winner announcement. So, if no episodes are preempted by other programming, fans should be looking for a Season 12 finale on Monday, Sept. 21.

While I wait for the 2015 champion to be crowned, I've got these performances from past winners on repeat. Come and appreciate these dance gods with me.

The old format, where dancers were paired off and stayed together for several performance episodes, might not have been completely fair to those who got stuck with a lame partner or couples whose chemistry didn't gel. But it was all worth it when a team like Season 4 winner Allen and finalist Katee Shean came together and made magic.

2. Melanie Moore In "Total Eclipse Of The Heart"

3. Lauren Froderman In "My Chick Bad"

You thought I was going to pick the Prom routine, right? My personal favorite version of the Season 7 champion is this swagged-out one, going toe-to-toe and holding her own with Team Street captain tWitch.

Guys, remember Tranji?! Schwimmer and Team Stage captain Travis Wall were the last boys standing in Season 2, but they didn't let a little competition get in the way of a beautiful dance friendship.

Bollywood numbers are such joy explosions; they can't be effective unless performed by dancers with huge and sparkling personalities. That's Season 10 winner Amy Yakima alright, and All-Star Alex Wong isn't so bad himself.

Season 9 delivered double the ballet domination, with co-champions Girard and Wespi-Tschopp both hailing from the same style. Here there are, completely in their element and absolutely breathtaking to watch.

Season 5 winner Jeanine Mason + fellow contemporary dancer Jason Glover + Travis Wall's stunning movement + a Jason Mraz song that sounds like the most exquisite heartbreak you've ever experienced = this transcendent routine, which is on every SYTYCD Top 10 list that's worth reading.

Which Season 12 dancer will be added to this illustrious company? Only time and audience votes will tell.