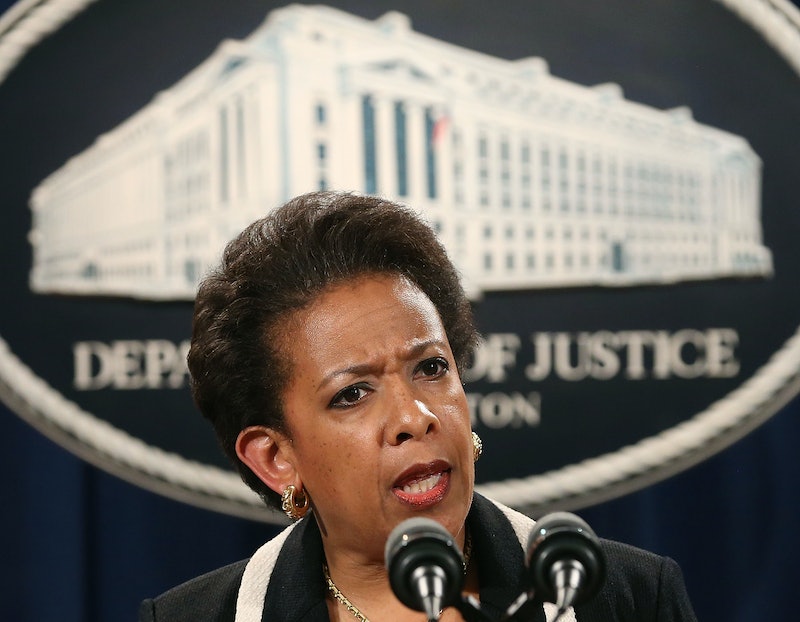 Loretta Lynch has finally spoken out about the death of Sandra Bland. The U.S. attorney general's remarks came just one day after Bland had been laid to rest at a memorial in Illinois. During an interview on ABC's This Week on Sunday, the attorney general discussed everything from the Hillary Clinton email scandal to ISIS, but it is what Loretta Lynch had to say about Sandra Bland that is perhaps the most poignant. Lynch said that the tragedy highlights racial disparities, especially when it comes to the way police treat people of color:

The incident is currently being investigated by the Texas Rangers as well as the FBI, with help from local law enforcement. An autopsy on Bland was recently released, which classified her death as a suicide, and in addition, it stated that there was no evidence of Bland being attacked in any way. The autopsy also detailed additional injuries that were sustained prior to her entering jail, such as a series of cuts on her left wrist. Bland's family has rejected the findings and a second autopsy is currently underway.

Surprisingly, the Department of Justice has yet to launch their own investigation into an incident that still has so many questions unanswered. Even Waller County Sheriff R. Glenn Smith is seeking independent involvement, according to a statement obtained by Breitbart. Smith said that "the death of any person in the custody of any governmental entity should experience great scrutiny and be thoroughly investigated by an outside source."

Lynch's comments only further cement the need for the Department of Justice to look into Bland's death. According to Lynch, the issue of police brutality has become so commonplace that, she admits, minorities simply aren't given courtesy or respect when interacting with cops. The attorney general told This Week:

We have a situation where many minority communities for so long have felt that law enforcement was coming in essentially to enforce laws against them, not to protect them. I do think that what has been an important part of the debate in Miss Bland's death has been the discussions that we've seen from community members and police leaders alike ... about the importance of training and deescalating incidents.

More like this
Every Single Big & Small Way You Can Fight For Abortion Rights
By Tess Garcia
5 Ways To Stand In Solidarity With Women In America From The UK
By Sophie McEvoy
How To Fight For Reproductive Rights, Based On How Much Time You Have
By Courtney Young
Yinka Bokinni Recalls Terrifying Truth At Heart Of 'How To Hire A Hitman'
By Frances Stewart
Get Even More From Bustle — Sign Up For The Newsletter