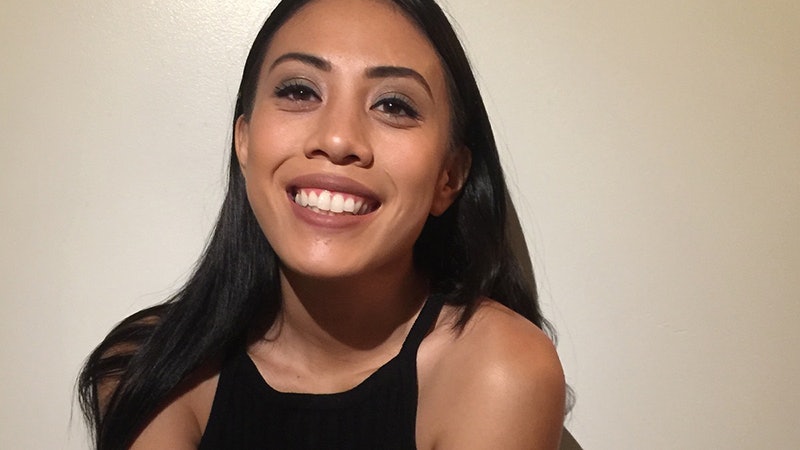 The moment I walked into Kim Kardashian and Mario Dedivanovic's makeup master class, I realized that the next four hours of my life would be unlike anything I had ever experienced before. With the specific goal of finding out Kim's contouring secrets, I stepped into a dark room that was lit by a projected screen featuring Kim and Mario's own selfies. I could practically taste the bronzer-induced excitement.

I took my seat next to one woman who was an aspiring makeup artist and another woman who seemed to have perfected Kardashian's signature look on her own time. Teetering on the decision of whether or not to ask them a question about their makeup history, I found myself forced to after realizing I had no paper or pen to write with.

Of course, my millennial self assumed that we would be able to use our cell phones to take notes. However, the staff requested that we put all our phones away, and notified us that if we used them, we would be escorted out. Soon after that announcement, Kim Kardashian and Mario Dedivanovic stepped out on stage and basked in the love and applause that filled the room. Kim was barefaced and absolutely gorgeous, obviously.

Over the next four hours, I realized that I had not been doing my makeup with the appropriate care and technique. But rather than getting discouraged about my lack of commitment, I became enlightened and empowered with the advice that Mario shared, and the encouragement Kim kept elaborating on when it came to social media. Mario stressed the importance of keeping your eyebrows on fleek, while Kim had a serious obsession with applying foundation on the neck in upward strokes.

By the end of a class filled with advice about foundations and contouring, I found myself in awe. Perhaps the most surprising bit was that Mario actually doesn't use the newly-popular "strobing" technique at all. He described it as just highlighting without contour, which he felt wasn't a realistic way to do makeup. I was a bit shocked by this, until I witnessed the magic that happened when he applied the contour to Kim's flawless face.

This was the epic moment when we were all allowed to take out our cell phones, because of course she looked amazing after the final touches.

You know your girl had to take a selfie with Kim.

By the end of the class, I fully appreciated what Kardashian and Dedivanovic were doing as an art form. Makeup isn't just something to do in the morning or put on before going out. For some people, like the crowd that filled the Pasadena Civic Center over the weekend, it's a hugely important part of self-expression. This includes myself now. BTW, check out my sweet certificate:

Realizing that I had been doing my makeup without the same passion that I had when I was younger (it's hard when you've got to pay the bills), I felt inspired to shop at the next Sephora I passed and completely apply everything I learned from the class, especially the contouring.

These items were the important necessities I had to get my hands on:

And after applying everything I learned, I think every cent in the $300 ticket was worth it.

Here's how I did my makeup before taking the class:

And here's how my makeup looked after taking the class:

The biggest lesson was how important it is to blend, blend, and blend some more. Apply cream concealers and loose powder for a long-lasting effect, and make sure to take your time when contouring. All in all, I'm not sure if I can consider myself a pro like Mario, but I'm pretty damn sure that the class took my skills to a completely different level.

I not only rebooted my old passion for makeup application, but I also felt like I got to sit down with Kim and Mario, learn about their past and personal opinions, and hear their advice. It was uplifting to hear how much Kim embraces her ethnicity through makeup. Hearing that Mario was an assistant once, but worked his way up to becoming one of the most well-known MUAs in the world, was just heartwarming.

So thank you, Mario and Kim, for forever changing my makeup routine and giving me the confidence I need when picking up my contour brush.

More like this
42 Black Owned Fashion & Beauty Brands To Support Today & Always
By Mekita Rivas, Shea Simmons, Kui Mwai and Dominique Norman
12 Of Halsey's Makeup Looks That Are True Works Of Art
By Paris Giles
6 Expert-Approved Tips For Wedding Guest Makeup
By Olivia Rose Ferreiro
10 Show-Stopping Manicures From The 2022 BET Awards
By Paris Giles
Get Even More From Bustle — Sign Up For The Newsletter