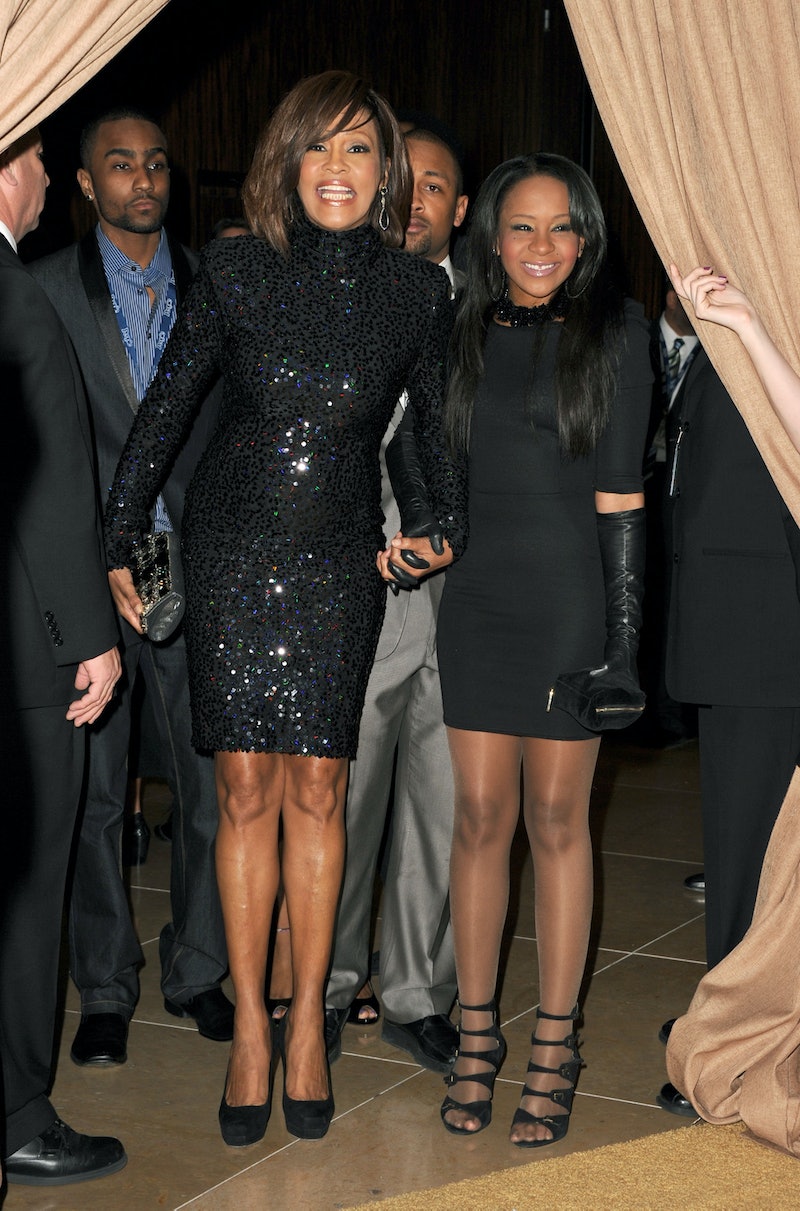 On Sunday, July 26, the world lost Bobbi Kristina Brown, 22, daughter of singers Whitney Houston and Bobby Brown. The young woman, who was found unconscious in a bathtub five months ago and placed in a coma, passed away in hospice in Duluth, Georgia. The family released a statement confirming her death to ET, and fans of the Houston family are mourning her across the world. Many, in fact, are sharing one short video to honor Bobbi and her legacy. This one video of Whitney Houston singing to a baby Bobbi Kristina are moving people to emoji tears, if not more. In the short clip, Houston, in a sparkling green gown, sings to a young Bobbi, maybe two or three years old, who clings to her mom's legs on a crowded stage.

This isn't the only time Bobbi has been the visible focus of a Houston song. Bobbi made a cameo as a very young girl in Houston's song and video "My Love Is Your Love."

Below, the short clip that's resonating with fans:

And here's the whole video:

More like this
Watch The 'Heartstopper' Cast Joyfully Dance To Whitney Houston at Pride
By El Hunt
Adele Says It Would Be “Wonderful” To Have Kids With Boyfriend Rich Paul
By Jake Viswanath
Rihanna Is America's Youngest Self-Made Woman Billionaire, According To 'Forbes'
By Hugh McIntyre
Britney Spears’ Honeymoon Plans Include Watching This Movie With Her Husband
By Grace Wehniainen
Get Even More From Bustle — Sign Up For The Newsletter