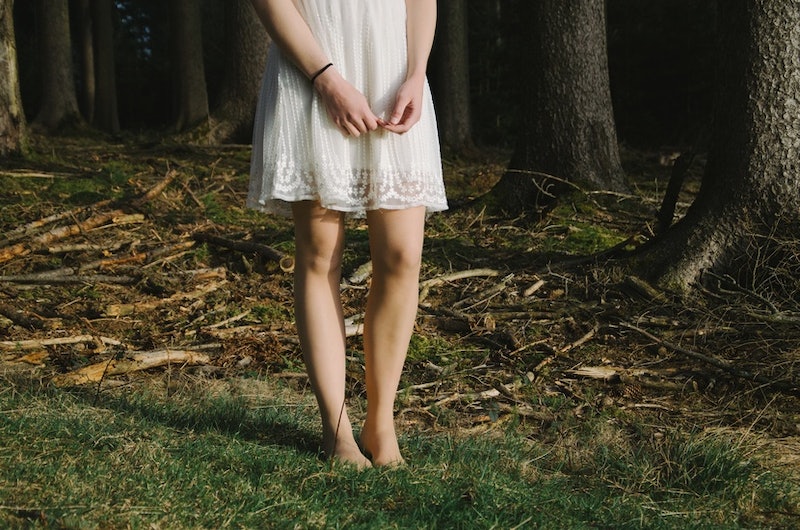 Because the world wants us to remember to be self-conscious about everything forever there has now been a winner of the first ever (NSFW) “World's Most Beautiful Vagina" contest. I recently wrote about the Labia Library and how amazing I was at all the varying, interesting ways vaginas can look and how it's fascinating that there is no normal, and the universe responded with "THERE IS STILL A BEST! THERE IS ALWAYS A BEST AND IT WILL NEVER BE YOU! FEEL SHAME!". Seriously... what?

I didn't even know vagina plastic surgery was a thing and now I now what it is and why people get it. How did this happen? Well, it started, as every epic tale does, with a blow job simulator, in this case the "Autoblow 2". Its creator, Brian Sloan, started the contest, where the winners not only takes home up to $5,000 but, as Miles Klee so rightly says in The Daily Dot "flown out to Los Angeles to have their genitals 3D-scanned to create new snatch-style ports for Sloan's Autoblow device. You didn’t think this was all just about female self-esteem, did you? No beauty pageant ever has been."

Oh, and how are the winners picked you say? 182 women entered, with a picture of their vaginas and a little hashtag note, and then more than 130,000 voters gave the vaginas a numerical score. Then the winners were crowned based off of the score. But fear not— THE REDUCTIVE, DEGRADING FUN DOESN'T END THERE. Then some scientists (I feel like I'm bending that word to breaking point) looked at the photos, took some measurements, and broke them up into types so we can decide which characteristics and types of vagina scored highest. The compiled everything into something called “The Vulva Paper", everything you want to know about how people voted in a vagina beauty contest in one place.

Check your soul— is it still there? Is it not destroyed? OK, read on:

Here are the top three things I learned:

The biggest difference was labia sizing. The vaginas were broken in to "classes", and the paper said: "Labia minora in Class 1 don’t protrude and are soft. Class 2 labia are also soft, but they protrude slightly from the labia majora. Classes 3 to 5 display protruding labia minora". Class 1 seemed to be the most popular, and it was also the most common.

The paper called it "rugosity", but it was basically texture. It had never occurred to me that vaginas have different textures, but they were broken up into "smooth", "moderate", or "marked". We live in a weird time.

What. The. Eff. Okay, all I'm saying is that not only are putting themselves and their genitals out there, and no one is ranking about a 7.7? This either means that all of the (NSFW) entries were getting a crazy mix of high and low score so one person's 10 was another person's 3, or the people are just so insanely judgmental that while ranking vaginas on an effing computer screen from the comfort and anonymity of a couch they didn't think anyone scores above a C. Either way— GAH. Why? Happy Monday.