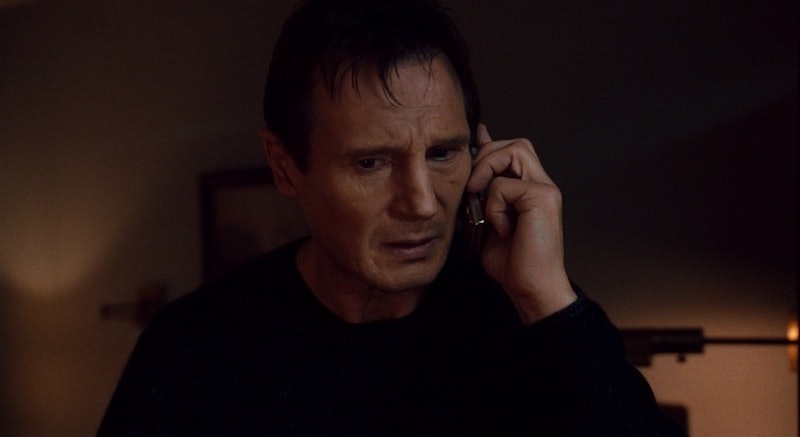 Parenting is so funny and weird because, as we grow into adults, we have a terrifying realization: parents are just guessing the entire time. So when I realized my dad was probably appealing to my sister's and my vanity only and not stating scientific fact by explaining if we ate eggs, our hair would be shiny. To his credit, I continue to eat eggs mostly for this possibly-true-but-probably-not factoid. Another dad deserves serious props for his recent effort. This dad posted a Taken- themed note to get his kids to start doing their dishes.

It's a huge power parents have — controlling the WiFi and cell service thing. Especially for teens. Don't teens communicate only through SnapChat and Instagram messaging? I'm pretty sure that's the case. And the idea of teens resting their entire self-worth on socializing and constant contact with friends is a timeless theme. So threatening to take away more WiFi and cell privileges seems like it'd be a pretty convincing tactic. This dad, though, took it one step further by putting his message in the context of Liam Neeson's famous speech in that kidnapping/U2 movie. Just to really drive the seriousness of the situation home, he smartly placed an image of Neeson's worried mug headlining the note. I mean:

This is a pretty sinister-sounding note, if you weren't savvy with the reference. I know one time I was working at a music venue's box office and found someone's riff on the monologue in a note to our colleagues. I did not get the reference and felt legit panicked. Anyway, assuming these kids are cultured, they'll understand the hilarious context and straighten up their dish-cleaning routine.

Actually, parenthood sounds pretty chill, if I think about it along the lines of "creative persuasion." Pulling jokes on your kids to eat right and keep tidy would be pretty entertaining, right? I sure think so.

More like this
21 Funny Memes To Text Your Dad On Father's Day
By Chelsey Grasso, Syeda Khaula Saad and Siena Gagliano
How To Make A Dirty Shirley Cocktail
By Emma Garza
13 Summer Solstice Quotes To Celebrate The Longest Day Of The Year
By Sadie Trombetta
The Summer Solstice Spiritual Meaning, Explained
By Jessica Booth and Brittany Beringer
Get Even More From Bustle — Sign Up For The Newsletter