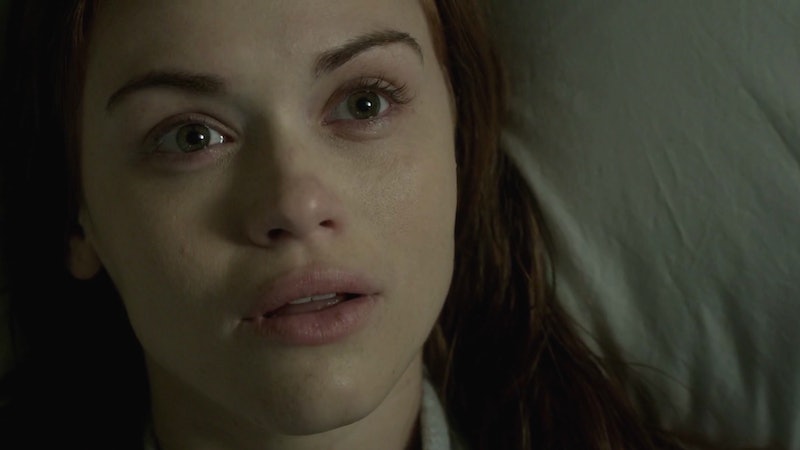 I know, it sounds crazy right? Lydia is part of Scott's pack, she's loyal, smart, and nothing like the Dread Doctors' other creations. So how could she have been created by them? Obviously, we can't know anything for sure until Teen Wolf creator Jeff Davis and the series' writers spell it out directly, but the theory already holds some water.

For example, how is it that Lydia's banshee powers were only exposed after Peter Hale bit her on the Beacon Hills High football field? When Peter offered the bite to Stiles, we learned that there were only two outcomes for someone who was bitten by a werewolf: You either turn, or you die. Instead, Lydia did neither. She became a banshee. Sure, the pack explains it by saying Lydia was always a banshee, and her dormant powers became active after she was bitten. But we have yet to see this occur with any other supernatural creature on the show. Why is Lydia different?

I think that it's entirely possible that the Dread Doctors visited Beacon Hills during the events of Season 1 of Teen Wolf. When Lydia was bitten by Peter, it gave them the perfect opportunity to do some experimentation and see if it was at all possible to turn a human into a supernatural creature. That could explain why Lydia saw visions of the Dread Doctors while at the hospital, as she is potentially remembering her time spent on a gurney while they turned her into a banshee.

And let's not forget one other interesting distinction between Lydia and her fellow supernatural friends: She can cross mountain ash. Lydia has proved time and time again that she can cross mountain ash like Stiles, while none of the other pack members of the supernatural persuasion can do the same. In fact, the only supernatural creatures that we've seen do this easily is Tracy (Scott's attempt doesn't count as he himself stated that it almost killed him). We know Tracy was definitely made into a kanima by the Dread Doctors, so it seems even more possible that Lydia was too.

Dr. Valack on the other hand seems to be a more obvious Dread Doctors creation. The guy had a freaking eye coming out of his forehead that could read people's minds and send them into a coma like with Dr. Deaton. That kind of power doesn't seem to be a regular supernatural occurrence. I think it's likely that Dr. Valack was able to write the book about the Dread Doctors because they turned him into a three-eyed, power hungry monster, and now they are punishing him for writing the book and helping Scott and his pack by taking the third eye away.

If Lydia and Dr. Valack were made by the Dread Doctors, it still doesn't help us figure out what exactly they're planning, but maybe Lydia can embrace her origins and use them to bring the Doctors down once and for all.