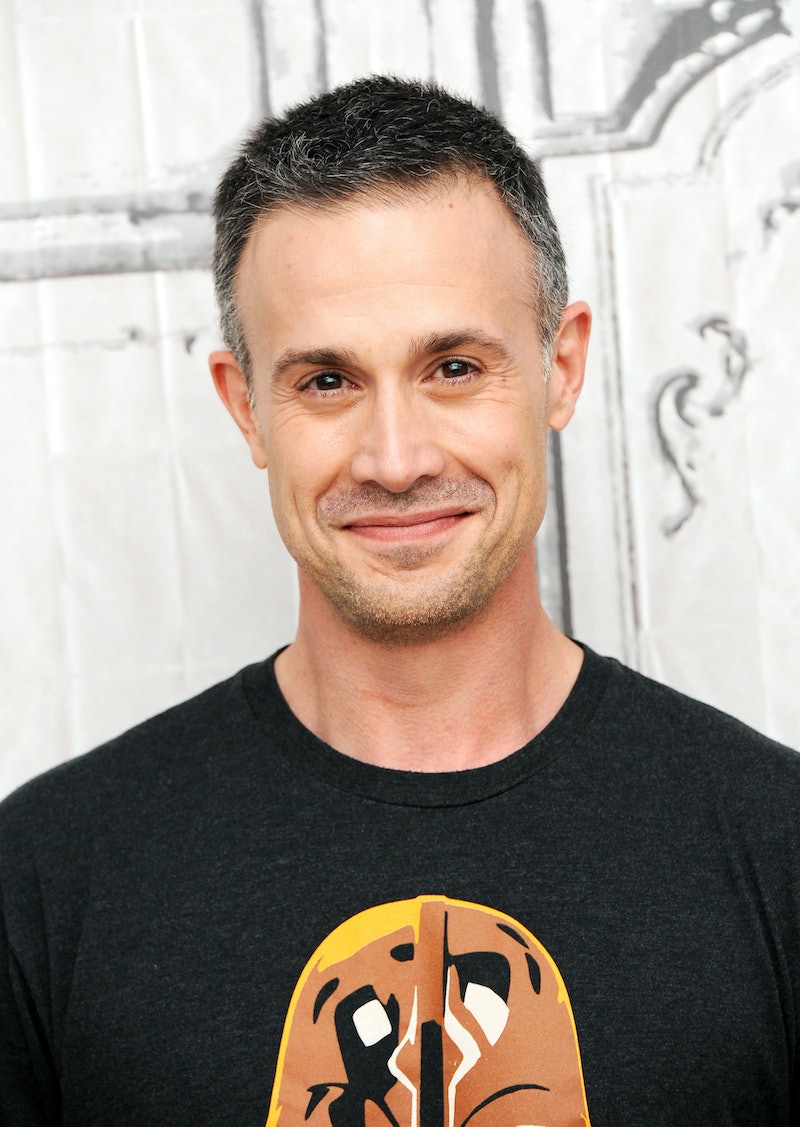 Back in the '90s, Freddie Prinze Jr. charmed his way into our hearts as the star of movies like She's All That, I Know What You Did Last Summer, and Scooby-Doo. He married fellow actor and Buffy star Sarah Michelle Gellar to make a dream '90s couple. But after that, he began spending a lot less time in the spotlight — so what is Prinze up to today?

The former heartthrob is now a 40-something actor, director, voice actor, cookbook author, and proud father to two children with Gellar, whom he’s been married to for nearly two decades. He's come a long way since his dramatic hacky-sack scene in She's All That. And no, he’s not appearing in the Netflix remake, though he confirmed that he supported the production and that “every generation” should have their own version of She’s All That. In the meantime, as we try to console ourselves over the fact that there won’t be a Laney-Zack reunion anytime soon, here's what else Prinze has been doing since.

He Was A Director & Producer For The WWE

In addition to making delicious dishes, Prinze has also sat in the director and producer's chairs for World Wrestling Entertainment. Prinze is a longtime WWE fan and worked with the brand in various capacities from 2008 until 2012.

He Had Spine Surgery

In 2014, Prinze posted photos of himself after having spine surgery and having to re-learn how to walk. Thankfully, he seems to have healed nicely since the medical procedure.

In 2010, Prinze played Cole Ortiz on 24 and played Danny Beck for two episodes on Fox's Bones. He has also made guest appearances on Witches of East End, Robot Chicken, and Pysch.

From 2014 to 2018, Prinze lent his voice to the Disney Channel series Star Wars Rebels as Kanan Jarrus, a human Jedi survivor of Order 66. He doesn’t usually watch himself on screen, but because it wasn’t his actual face, he said he had no issue watching with his Star Wars-loving daughter.

And He Had A Brief Cameo In Star Wars: Episode IX - The Rise Of Skywalker

Prinze reprised his Jarrus role as one of the Jedi voices speaking to Rey in the final installment of the new trilogy. “I didn’t even know until the movie came out,” he told Extra. He also had a role in 2021’s TV series Star Wars: The Bad Batch.

He Wrote A Cookbook

According to E! News, Prinze landed his first major film role in the movie To Gillian On Her 37th Birthday while he was enrolled in culinary school, so really, his love of cooking for his family shouldn't be a surprise. "I have been cooking longer than I've been acting — in fact, if I hadn't made it as an actor, I'd probably be a chef today," he told E! News. His cookbook (co-written with food journalist Rachel Wharton & with a forward written by Gellar) came out in 2016.

He Took A Break From Acting

In a 2020 People interview, Prinze explained why. “I had kids and not having a dad, it was always more important to me to be a present father,” he said, referencing his father’s death when he was a baby. He added that he doesn’t miss acting at all. “The business had changed so much, nothing filmed in LA anymore, but maybe four or five projects a year.”

He Starred In The 2021 Punky Brewster Reboot

Marking a return to non-voice acting, Prinze played Travis, the grown-up Brewster’s ex-husband. “They offered me the role... and it was shooting in LA. And I read the script and fell in love with it and started singing the song all over again, didn't realize I still remembered the words,” he said. Unfortunately, the series was cancelled after one season.

But He’s Not In The She’s All That Remake

As Rachael Leigh Cook told Bustle, Prinze was supportive of her taking part in the film, but “he declined to be involved in the production itself because he didn't feel like there was an organic way to do so.”

Prinze himself told Entertainment Tonight, “I think it's good that they're remaking it. People forget, I saw on social media somebody wrote, 'How dare they remake She's All That?' I'm like, man, it's good with me. We were a remake of a remake of a play! ... We were good with it and we gotta be good with it, too. Every generation should have their version of art that they connect to. I hope people aren't angry about it because if you want to go see it, cool. If you don't, cool."

He’s Into Cooking And Hanging Out With His Family

The Prinze-Gellar family has expanded by one: their Akita, Sato, is over 10 months old and makes regular appearances on Prinze’s Instagram. In addition to his cookbook, Prinze seems to have gotten very into cooking during the pandemic, often posting family meals. Other than the occasional Cascade commercial featuring him and his wife, (and also showing up on Gellar’s Instagram), he’s pretty low key otherwise.