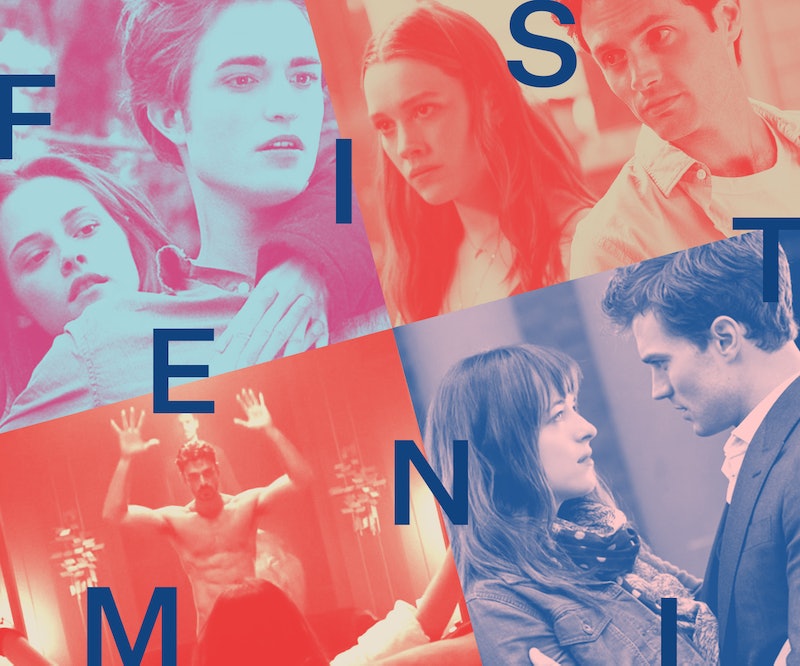 Over the past decade and a half, an abundance of problematic and explicitly anti-feminist books, TV, and movie franchises have taken the world — and female audiences — by storm. What happens when the sexual material is non-consensual, sexist, or otherwise problematic in nature — and you’re still turned on by it?

No book series better encapsulates this struggle than 365 Days, which rolled out its first English translation this February. The original 365 Days was the first book in a Polish trilogy by therapist and hypnotist Blanka Lipińska. Romance and erotica fans will recognize its classic mob boss trope: a woman falls in love with a man involved in organized crime. In this case, a young mob boss takes a woman hostage for 365 days, saying that she’ll fall in love with him over the course of the year.

While the book became a smash in Poland, international audiences, including Americans, mainly know it from its Polish-language film adaptation, which became a sleeper hit on Netflix following its 2020 release. Despite being universally panned by critics and not getting a ton of promotion leading up to its release, the foreign film sat in the United States’ “most watched” category for one of the longest periods of time in the platform’s history. Even almost a year later, fans still can’t stop talking about what’s referred to as “The Boat Scene” — a sex-filled montage on a yacht that leaves little to the imagination.

It would probably be shorter to name all the ways in which the 365 Days source material isn’t problematic, because the list of offenses is high. Obviously drugging and kidnapping a woman is awful, as is holding her against her will, controlling her contraceptive methods, and showcasing rape and a general lack of consent as romantic. That doesn’t even cover the bizarre mob boss subplots, the rampant misogyny, and the generally egregious main storyline. Interestingly, Lipińska — who claims that 85% of the book is based on true events, and that she was once kidnapped by a lover — argues that there are feminist undertones to her work. “I want to tell women to be focused and use their brains,” she told Oprah Daily in February. “Their independence is the most important thing in the world.” I would push back: it’s up to men not to drug and kidnap women in the first place; telling women to avoid getting captured hardly gets at the root of the problem.

But despite these issues, there are still plenty of people who inhaled the book and movie, some of whom have come back to both more than once — particularly to the aforementioned Boat Scene. “I certainly do not lust after the men in these books or wish I had a boyfriend who treated me like this, but I love drama,” Jordan, a 28-year-old project manager, says of her “love to hate” feelings about the franchise.

The fervor around 365 Days also shouldn’t be a surprise; it comes from a long line of similarly problematic franchises with cult-like followings. Twilight, Fifty Shades of Grey (which started as Twilight fanfiction), and You all begin with a similar premise: an innocent or virginal (and typically white) woman is stalked by a cold and psychologically damaged (and also often white) man with infinitely more resources at his disposal. While some do have more feminist awareness than others, many of these books (and/or their subsequent film or TV adaptations) paint incidents of manipulation and abuse as romantic. Some also contain incredibly explicit sex scenes. Many share similar audiences. “I have always been a very sexual and sex-positive person and I loved that these books were unabashedly about sex,” says 26-year-old Melissa, who works in finance. “I also love a damsel in distress trope and bully romances. I understand that many, especially the mainstream ones, are problematic, but I am drawn to the themes and tropes on a base level.”

Melissa isn’t alone in working through that contradiction. But it would be incredibly reductive to say that all people, particularly women, who enjoy 365 Days and other similar franchises actually aspire to have the relationships shown in them.

From a psychological perspective, Litner believes 365 Days readers are also not necessarily causing long-term harm to themselves by indulging in the series. “If a client told me they were really getting off by reading or watching one of these series, I would be curious about what that does for them or what that means for them,” she notes. “I wouldn’t be quick to question who they are because of it or their belief system.” These franchises may be tapping into a previous experience or trauma that needs to be unpacked, or offering a chance to explore a detailed scenario in a detached way, without actually having to partake in it.

Litner also points out one positive aspect of these problematic franchises: they allow people to interrogate their own assumptions, fantasies, and beliefs. Some may find these franchises off-putting due to their own identities and experiences, but for others, they’re a useful tool.

“They definitely elicit an emotional reaction. Sometimes I’ll read contemporary books that are softer, and I don’t always enjoy them as much,” says Ariella, a 25-year-old who works in tech and reads a lot of smuttier romances. “Some sort of lizard brain part of me really likes the troubled male hero who needs to be fixed through love. That’s my baggage! But I know I’m definitely not internalizing it.”

Catherine Roach, PhD, a professor of cultural studies and gender studies at the University of Alabama and a romance novelist under the pseudonym Catherine LaRoche, also believes that women shouldn’t feel like they have to reconcile their love of franchises like 365 Days with their gender equality beliefs. In fact, she doesn’t see a contradiction there at all. “The entire romance genre, in many ways, is essentially feminist given that it’s the only genre we have that’s mainly written by women and read by women and contains women-centric storylines where the women always win in the end,” she says. Romance novels are one of the only cultural spaces where women are consistently sexually satisfied and where their desire is taken seriously. “I don’t think a text has to be perfect with some sort of politically correct characters and relationship story or pass some feminist test in order for it to be a powerful piece. It gives us things to talk about.”

Plus, unpacking all of these harmful tropes and stereotypes can help viewers understand love and romance. “What does it mean to love? What are the obligations of lovers towards one another? What are the red flags when you back away and you don’t try to make a relationship work but you attend to your own needs?” Dr. Roach says. “Romance readers, who are mostly women, are smart people. It’s a condescending critique to say that these women are just being brainwashed and programmed and conditioned to [masochistic] romance patterns because they’re too stupid to see through it. These women readers argue back with the books, with the movies, with the texts all the time.”

For project manager Jordan, this is exactly what she gets out of these books, films, and TV shows, despite their issues. “Where else do we see women owning their pleasure in mainstream movies? Where else do we see men going down on women, or women's full orgasms? You don't,” she says. “I think these movies display female pleasure in a way that we don't see anywhere else. The boat scene in 365 Days is iconic for a reason!”

More like this
Here’s Everything Coming To & Leaving Netflix In February
By Jake Viswanath
Netflix Shut Down 'Bridgerton' S3 Rumours About A “Very Dark” Storyline
By Bustle
At 28, Rosie Perez Risked Her Career To Stop Playing Stereotypes
By Gabrielle Bondi
Your Guide To Watching 'Everything Everywhere All At Once' In The UK
By El Hunt and Sophie McEvoy
Get Even More From Bustle — Sign Up For The Newsletter
From hair trends to relationship advice, our daily newsletter has everything you need to sound like a person who’s on TikTok, even if you aren’t.