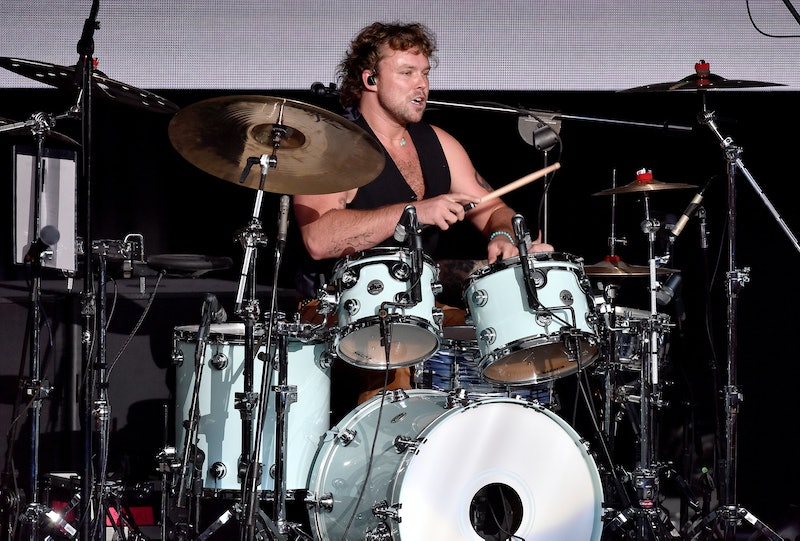 Australian pop band 5 Seconds Of Summer were performing at the Cynthia Woods Mitchell Pavilion in Texas when they had to pause the gig to escort drummer Ashton Irwin from the stage for medical treatment. Shortly afterwards, a member of the band’s crew returned to tell fans that the concert was coming to an early close. "Unfortunately, the show cannot continue tonight," he said in a TikTok captured by @vivimontalti. "Hold onto your tickets. We will reach out with more information soon." The band later posted on social media to tell fans more about the “medical incident” that ended the concert, and revealed that their drummer had suffered “extreme heat exhaustion.”

Following the curtailed gig, Irwin has now reassured fans that he’s alright, as well as giving more details about what went down behind the scenes. He wrote on Twitter: “I suffered from an intense migraine brought on by exhaustion and overheating onstage, which made me lose my vision and gave me symptoms of stroke in the left side of my body. So the decision was to end the show there and then.”

“It’s always amazing to play a massive energetic show in every environment thrown at us. Unfortunately, this time, my body gave out due to heat exhaustion,” he continued. “I was in tears in the ambulance, because I feel I’ve let many people down. I’m looking after myself and getting rest now.

“I feel so loved and looked after by my brothers and team and all of you. This is the price a dehydrated drummer pays when he takes on Texas heat.”

The band has postponed their next gig in Rogers, Arkansas, on June 28 while Irwin recovers, but the 5SOS supporters have been understanding of the decision, and urged the drummer to take care of himself. “Rest as much as you need,“ replied one fan. “We'll be here sending love and positivity, your health is first!”

More like this
The Controversy Around Beyoncé's “ENERGY”, Explained
By Frances Stewart
Madonna’s Reason For Directing Her Own Biopic Is So Madonna
By Maxine Harrison
Beyoncé Might Be Plotting Secret Intimate Gigs In The UK
By El Hunt
60 Empowering 'Renaissance' Lyrics That Make Perfect Instagram Captions
By Catharina Cheung
Get The Very Best Of Bustle/UK