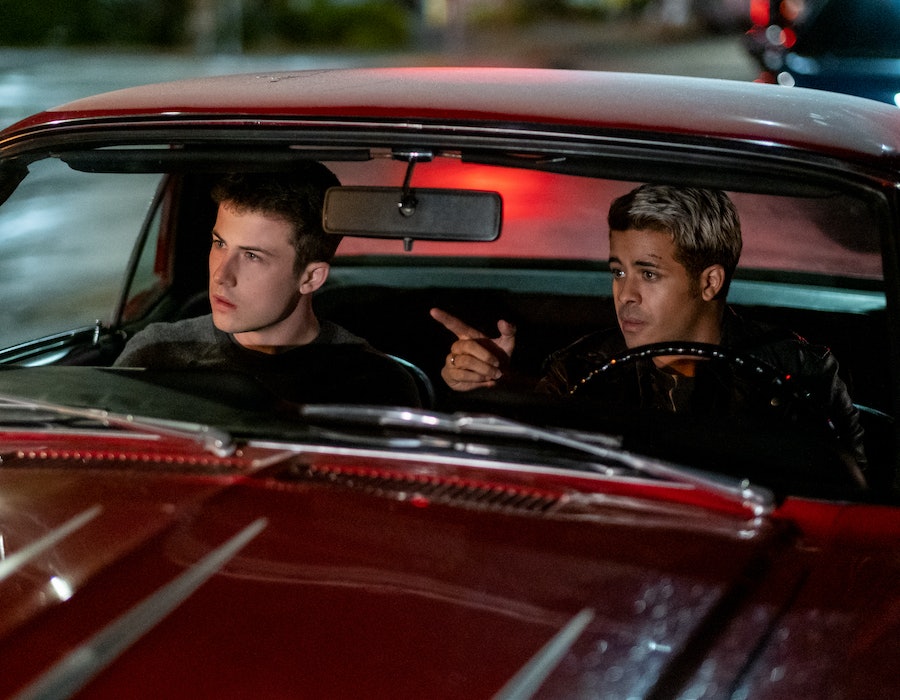 13 Reasons Why is coming to an end very soon, with its final season premiering on Netflix Friday, June 5, but it may not be the last time that fans see the Liberty High students after all. A 13 Reasons Why spin-off could happen, according to star Dylan Minnette. The actor speculated about the possibility in a new interview on Thursday, June 4 — even though he's not even sure what his role in any potential new show would be.

Minnette admitted he has no clue what a spin-off of 13 Reasons Why could even be, but he didn't deny that it could very well happen some time down the road. "Oh man! I wouldn't even begin to imagine what it would be, but I have no idea," he said in an interview with Entertainment Tonight. When asked if he'd be open to playing Clay again, he actually gave a potential hint about the final season, teasing, "Would Clay Jensen be around? Who knows? I don't know."

This remark prompted the reporter to ask if Clay "is the one that dies" in the final season. Of course, he didn't let anything slip. "I don't know, I forget, I can't remember the scripts anymore," he said, laughing. "It's been so long." OK, so not really a direct hint, but it does add some legitimacy to the theory that Clay takes his life by suicide, or attempts it in Season 5.

Despite that dark theory, Minnette promised fans that the final season would have a satisfying ending, specifically for Clay. “All Clay wanted to be, he wanted to be a hero and that has been a downfall of his time and time again on the show," he told ET. "I think that Clay does end up being that for certain people on this show by the end and I think it's great to explore that and to see that all sort of wrapped up in the end."

Want ore proof that Clay doesn't die in the end? Minette also said that the show's finale had "a real positive message" and that he hopes that "everyone feels fulfilled and uplifted." Sounds like a great basis for a spinoff.