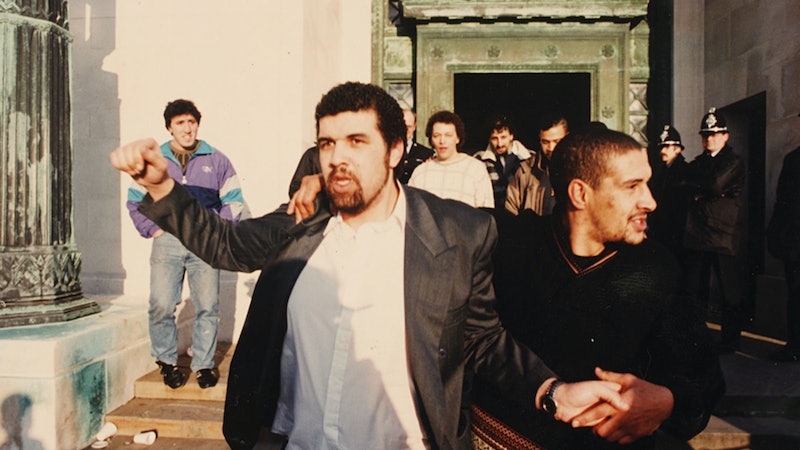 BBC One’s new true crime series A Killing in Tiger Bay tells the real-life story of the murder of 20-year-old Lynette White in Butetown, Cardiff, and the subsequent miscarriage of justice that happened in the pursuit to find her killer. Despite the main suspect being a white man, police arrested five people of colour, three of whom were eventually convicted. A Killing in Tiger Bay will take a look at the investigation that led to these arrests and will hear from some of the men who would become known as the Cardiff Five. But where are the Cardiff Five now and how did this event impact their lives?

In 1988, Lynette White was stabbed to death 50 times in Cardiff, and eye-witness accounts pointed to a white male who was hanging around the area at the time of the murder. However, the male in question was never identified.

Ten months after the murder, five men were arrested for the crime despite the fact they did not match the description of the suspect and there was no forensic evidence linking them to the crime. These five men were Stephen Miller, Tony Paris, Yusef Abdullahi, and cousins John Actie and Ronnie Actie. Miller was White’s boyfriend of two years.

The Actie cousins were acquitted in 1990 while Miller, Paris, and Abdullahi were found guilty and given life sentences for the crime. However, they only served two years thanks to a campaign that sought to free them. The treatment of the Cardiff Five would eventually lead to one of the UK’s biggest ever police corruption case, with 10 people (8 police officers and two civilians) being put on trial for tactics including false eyewitness statements and coerced confessions.

However, the corruption trial never reached a resolution after crucial documents went missing. They were later found in the office of detective chief superintendent Christopher Coutts, who led the corruption inquiry. The conclusion of that trial is still pending.

Actie – who is now 60 and still living in Butetown, Cardiff – told WalesOnline in September this year that, even though it’s been over three decades since the murder happened, his life has been changed irreparably by it. “My life hasn’t been normal for 30-odd years,” he said. “It’s never going to be the same now even after all these years and the dust has settled. I was wronged, [the detectives] got away with it – I’m always going to be angry. You just couldn’t move on because this was always hanging over you. We’ve never had justice.”

Paris is now 64 and, speaking to the Independent in 2011, he explained that his marriage broke down while he was in prison and that he had to begin seeing a psychiatrist once a month. “You don't trust anyone, you don't go anywhere, you're a recluse,” he told the newspaper. “We're left in limbo. It's like watching a movie and when you get to the best part, it stops. You think it's going to come back on – but it doesn't. You're stuck and there's nothing that you can do.”

Miller is 55 and lives in London. Speaking to the Independent in 2011, he said “I spent four years in prison for something I didn't do. It nearly sent me crazy. The whole legal system has let me down from 1988. It's been a nightmare from that day. They expect me to melt into the background. But for 23 years I have been fighting this case and I have thought about it every day. Everything has been on hold: friends, relations and family. For as long as I can breathe, I am going to be a thorn in their side.” The Independent reported that he cannot work he avoids socialising.

John, Paris, and Miller will all appear in A Killing in Tiger Bay to speak about what happened and give their perspective on how events unfolded after White’s murder.

More like this
After The Bling Ring, Nick Prugo Was Embroiled In Another Scandal
By Arya Roshanian
Pro Footballer Zander Murray Is "Blown Away" By Support After Coming Out
By Sam Ramsden
Lori Vallow Faces The Death Penalty For Allegedly Murdering 2 Of Her Children
By Brad Witter
Chris Kaba's Family Continue Fight For Justice After Viewing Police Bodycam Footage
By Sophie McEvoy
Get The Very Best Of Bustle/UK