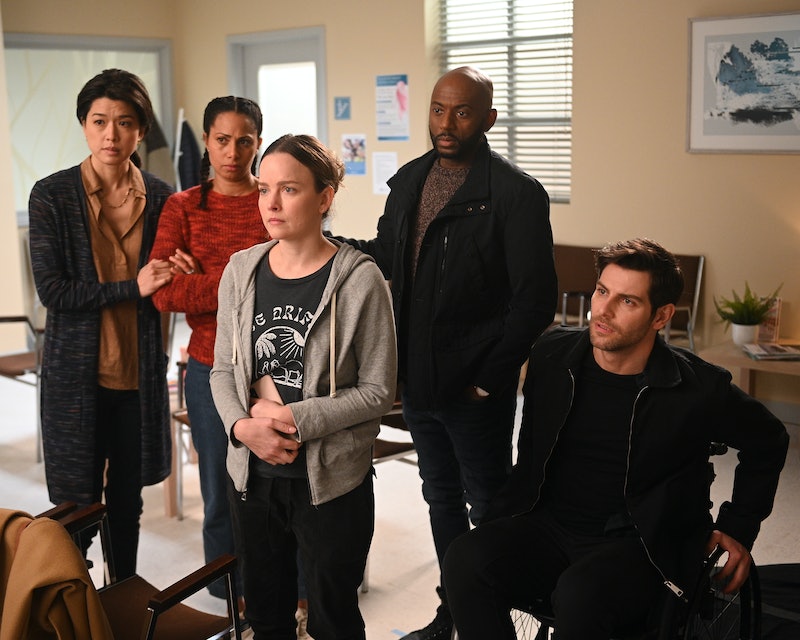 Just days before the Season 4 finale, ABC renewed A Million Little Things for a fifth season on May 13 in a reported down-to-the-wire decision. According to Deadline, A Million Little Things will likely end with Season 5, though ABC Entertainment President Craig Erwich told the website that they “haven’t made any decisions yet” about the show’s future past next year.

“I’ve had some really good creative conversations with [creator DJ Nash] about what next season would be, I think fans will really enjoy it,” Erwich told the outlet on May 17. “The show is ending on a really strong note which I think will take us into a good place for next season.”

Falling ratings were reportedly a primary holdup for the renewal announcement, per Deadline, which also reported that ABC asked the show’s creative team not to write the May 18 season finale as a series finale. (Seeming to confirm the report, the episode is titled “Just In Case.”) As their insider shared, the network’s ask amid contract negotiations “brought on a lot of anxiety,” as Nash had pitched the series with a preconceived ending, which a possible cancellation would have denied the drama.

Regardless, the team will now have at least one more season to wrap up the story. Here’s everything to know about A Million Little Things Season 5 so far.

Though ABC has yet to announce Season 5 casting, those actors are all likely to return. Last appearing in the Season 3 finale, Stephanie Szostak’s potential comeback as Delilah Dixon remains a mystery, however. Nash previously confirmed to TVLine in September 2021 that COVID travel restrictions were initially the reason Delilah was missing from the show, but said Szostak would still be a recurring guest star in Season 4. (Filming takes place in Vancouver, British Columbia, and the actor’s family lives in Connecticut.)

“[Szostak] has, for the first two seasons, lived away from her boys and from her husband,” Nash explained to TVLine in September 2021, noting Canada’s mandatory 14-day quarantine for international travelers at the time. “So we wrote her out for [Season 3], thinking, ‘Oh, she’ll be back.’ And then she said, ‘I really need to be with my family more, I don’t want to do all the episodes.’”

As of Season 4’s penultimate episode, however, and the actor has yet to appear as her character remains in France, but it’s difficult to believe she wouldn’t return in some form for a potential final season either way.

ABC teased that the Season 4 finale would show Maggie and Gary’s rekindled relationship “put to the test once again” as they continue on their IVF journey and a possible pregnancy. Guest star Melora Hardin, who returned as Maggie’s mom Patricia Bloom in Episode 19 to support the couple, teased in a May 11 Showbiz Cheat Sheet interview that Season 5 would include “some nice resolutions, in some ways” as the trio grows closer. Noting that Nash “holds his cards so close to his chest,” however, she didn’t yet know any specifics of how their story will play out.

Meanwhile Eddie learns “a shocking secret” about his girlfriend Anna (Erin Karpluk) after her ex-husband Peter’s (Andrew Leeds) death that will likely shape their trajectory moving forward. “I think he’s really trying to give Anna the benefit of the doubt,” Giuntoli told TV Insider of his character in early May, prior to the reveal of Anna’s possible involvement in the killing. “I think Eddie realizes that the loss of a spouse and a marriage and the life of an ex-spouse is a very turbulent thing to endure, and so he is rather forgiving when he finds out she was lying to him and drinking and all of that. So he loves her, he wants what’s best for her, and he wants to show up for her in ways that he never did for Katherine.”

On the topic of Katherine, she and Greta (Cameron Esposito) were on the rocks after Shanice’s (Nikiva Dionne) recent visit, leading son Theo to “an unlikely source” to help his mother. Regardless of how Katherine’s love life evolves, Giuntoli, who directed a Season 4 episode, thinks that they’re “really crushing post-divorce,” calling the exes’ newfound amicable dynamic “the best part of their relationship.” Added the actor, “I know Eddie still has feelings, good and bad, and I’m sure Katherine does too, but they are supporting each other, for the good of their son.”

Viewers will have a bit of a wait to find out what happens next. For the first time since the 2018 series premiere, A Million Little Things is not on ABC’s Fall TV schedule. Per Deadline, the network is planning to premiere Season 5 in 2023, though it’s currently unclear if it will be a winter or spring release.

This post will be updated as more details on A Million Little Things Season 5 become available.