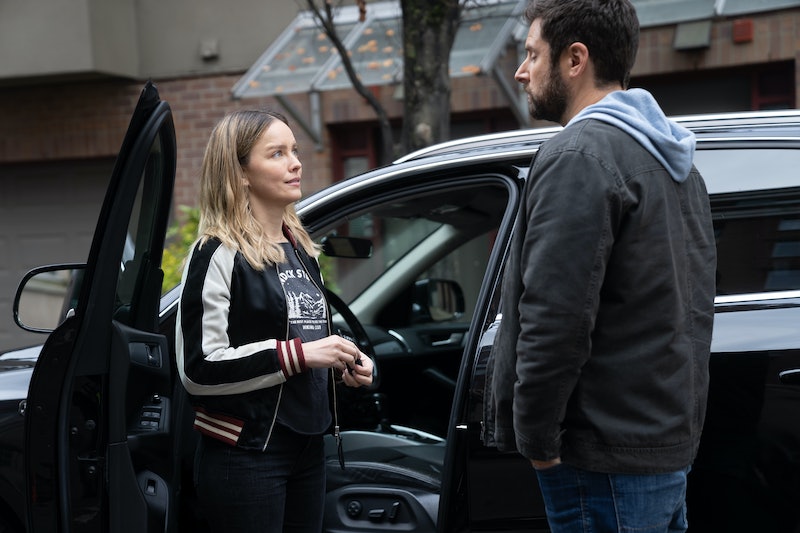 Million Little Things fans need to prepare themselves for several weeks without their favorite group of Boston friends. Following Season 4’s fall finale on Dec. 1, the ABC series is going on winter hiatus. A return date has not been announced, but the show will definitely be back sometime in early 2022. It could be as early as January (Season 2 returned on Jan. 23, 2020 following a Nov. 21, 2019 conclusion) or as late as March (Season 3 didn’t return until March 11, 2021 after last airing in December 2020). What’s for certain is that there are 12 episodes remaining in the 20-episode season, and there’s still a lot of ground to cover when A Million Little Things comes back.

For one, there’s still trouble brewing with Regina (Christina Moses) and Rome (Romany Malco), but not because of his flirtation with his publicist, Cassandra (Azie Tesfai). After Cassandra admitted she had feelings for Rome and assumed he was unhappy in his marriage, he realized the truth: he’s unhappy because his depression has returned, not because he’s interested in Cassandra. “I sold my movie today, and I felt nothing. You came home, and I felt nothing. I've been faking it with everybody trying to make it seem like I'm great, but I can't fake it with you,” he confessed to Regina. Rome recognizing this and communicating it to Regina is a healthy step for them, and while Rome will undoubtedly continue to struggle in the latter half of Season 4, he and Regina will be able to face it as a couple.

Meanwhile, Sophie (Lizzie Greene) finally got to audition for MMI, the prestigious music school of her dreams. There were so many things that could have derailed it — the lingering trauma from what happened with Peter, her strained relationship with Gary because of how he handled it — but she pressed forward and wowed the judges. It was enough to get her into the school, though apparently she’s decided to join a band instead. It seems like Sophia is finally feeling free enough to pursue what she really wants, though it remains unclear if she’ll ever forgive Gary.

“The issue with Sophie and Gary is that she trusted him in a way that she hasn’t trusted any of the other adults on this show, including her own mother, since Jon passed. So, I think the degree of disappointment in Gary dwarfs anything that she has experienced,” James Roday Rodriguez, who plays Gary, told TV Line of the two’s relationship. “I think it’s fair, frankly, that she would say, ‘Get out of my life forever.’ There has to be consequences when you make decisions like this, and the truth is, he got lucky by not having to go to jail. So everything doesn’t come up roses when you break into some dude’s house and bag his head and he ends up clinging to life in a hospital bed. Like, you’ve got to pay the piper at some point, and I think that’s what Gary is doing with Sophie.”

The situation with Maggie’s (Allison Miller) stalker was also semi-resolved, with the reveal that it was the grieving and angry mother of a former therapy client. At the end of the episode, Gary agreed to accompany Maggie to Albany to talk with the mother — potentially opening the door to a Gary and Maggie reunion despite her seeming pretty solid with Cam (Ryan Hansen).

“I think [Gary and Maggie are] two incredibly dysfunctional people who may only be able to achieve a facsimile of function with one another. Now, maybe that’s not the most romantic reason for the two of them to get back together, but I do think we’ve seen enough of them away from each other to wonder if it’s possible for them to not sabotage any other thing that they’re a part of,” Rodriguez told TVLine. “So maybe there is just this sort of invisible line that exists between the two of them, and it’s kind of futile to fight against it, and the sooner they stop fighting, maybe, you know, the happier they’ll be — in their own twisted, dysfunctional way.”