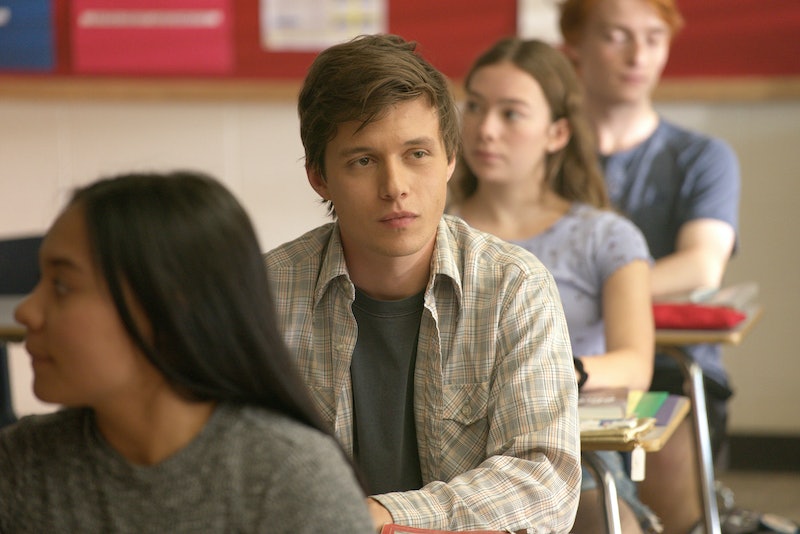 Though it debuted to mostly positive reviews, it's unlikely that FX's A Teacher will return for Season 2 following its Dec. 29 finale. The show — which follows high school teacher Claire Wilson (Kate Mara) as she begins a predatory relationship with her student, Eric Walker (Nick Robinson) — was always billed as a miniseries. And it's already extended beyond the 2013 film it's based on, allowing more time to explore how the affair hurt Eric but leaving little room for it to go in a potential second season.

"Having the space to illustrate not just the abuse itself, but its complex aftermath, makes the series a uniquely detailed examination of abuse that’s otherwise afforded very little cultural introspection," Caroline Framke wrote for Variety. "The back half of the season especially explores Eric’s confusion and shame as he faces a lifetime of people seeing him as either a helpless victim or a swaggering legend," making for an unpleasant but "undeniably powerful" watch.

The series is broken into three stages: Claire and Eric's initial dalliance, the fallout after their relationship is exposed, and then a chance meeting 10 years later. In expanding her movie, creator Hannah Fidell's goal was to "create a dialogue" around what grooming is. "I don't think there's a general awareness of it unless you've had maybe direct experience with sexual trauma in any way," she told Collider. "The hope, and the intent while writing [the show], was that we wanted the audience to go along for the ride with Eric, so that they're experiencing the entire pattern of abuse in the same way that he does — which is, at first, he doesn't understand. He's enraptured by it ... He doesn't understand that she is completely doing something wrong. I don't know if complicit is the right word, but it was important to me that the audience was on the same journey as Eric, emotionally."

In the second half of the show, Claire is convicted of sexual assault and serves time in prison. Eric goes to college but he's apathetic about it, discovering that he can't connect with women in healthy and meaningful ways. He eventually admits that he actually misses Claire despite everything that happened. And toward the end of the series, he heads home to his mother and acknowledges that he might need help processing what he experienced. Some might find that ending unsatisfying and wish for a second season to provide closure, but A Teacher seems to suggest that there's not a neat conclusion to something as complex as trauma. A second season might only undermine that message.

More like this
'Ramy' Will “Probably” End With Season 4, According To Ramy Youssef
By Brad Witter
'Reservation Dogs' Season 3 May Finally Mend Bear & Willie Jack’s Relationship
By Gretchen Smail
UK Viewers Will Have To Wait To Watch The Handmaid’s Tale S5
By Maxine Harrison
18 Principal Ava Quotes That Prove She's The Queen Of Shade On 'Abbott Elementary'
By Grace Wehniainen
Get Even More From Bustle — Sign Up For The Newsletter