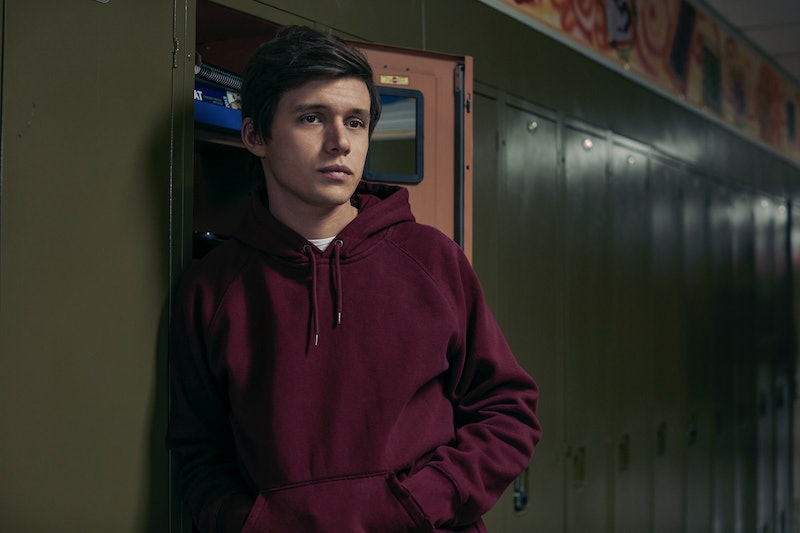 FX's new drama A Teacher centers around a predatory relationship between a teacher and her student. Dissatisfied with her marriage, new Westerbrook High teacher Claire Wilson (Kate Mara) falls for Eric (Nick Robinson), a 17-year-old senior in her English class who asks for SAT tutoring after hours. As the two become closer, Claire begins to groom Eric, and the fallout from their relationship sends shockwaves through their town.

It sounds like a salacious, ripped-from-the-headlines plot, but A Teacher is not based on a true story. It's adapted from showrunner Hannah Fidell's 2013 film of the same name. "This movie wasn't based on any incident," Fidell told Elle when the movie premiered. "[A Teacher] started as more of a meditation on what it's like realizing that you're not a teenager anymore, you're an adult, and how sometimes complicated those feelings can be when you have that realization." To Fidell, Claire's (who's named Diana in the film) initial attraction to Eric was a way for her to "try to capture the youthfulness that Eric seems so full of," noting that her terrible decisions were born out of "a kind of a desperate loneliness."

Ultimately, Fidell told the Tucson Weekly, A Teacher is a story about lack of self-control. "At its heart, this is a story about doing something you know you shouldn't do and yet not being able to stop yourself," she said. "I've come to see a pattern in the type of women who sleep with their students...they've missed out on some part of their adolescence and are trying to make up for it too late in life."

While each episode begins with a boilerplate warning that includes links to sexual assault hotlines, the decision to paint Claire as a tragic figure will likely be controversial. The story echoes real cases like that of Mary Kay Letourneau and Debra LaFave, who were both found guilty of raping their underage students. It's a sensitive topic, and while the film mostly focused on Diana's mental breakdown, it's easy for that message to get muddled in a TV show.

"Noticeable is how seldom it feels like a cautionary tale, despite the onscreen cautions and referrals to sexual assault resources and the story’s occasional explicit references to Claire as a predator. Most of the time it plays like a tragic love story in emo-prairie style," reviewer Mike Hale wrote for The New York Times. "Not making Claire an obvious monster might be a brave choice post-#MeToo, but Fidell hasn’t made her anything else that’s particularly interesting or revealing." Similarly, Entertainment Weekly wrote that while A Teacher promises to explore “the complexities and consequences of a predatory relationship,” we get "too much of the former and not enough of the latter."

Nonetheless, Mara and Robinson told Entertainment Weekly that they're interested in the conversation the show will encourage. Robinson said that they wanted to "explore the idea of victimhood, to really see this story play out from both sides and see how they're treated differently by the justice system, by their peers, and by the media." Mara, meanwhile, said that the show allows us to discuss "what happens to both the victim and the abuser after the headlines, and to really explore whether Claire is worthy of forgiveness."

More like this
Wait, Is Barney Stinson Related To Sophie On 'HIMYF'?
By Gretchen Smail
ITV's 'Maternal' Was Inspired By A Very Simple – & Unanswerable – Question
By Maxine Harrison
Everything To Know About 'Only Murders In The Building' Season 3
By Gretchen Smail and Kadin Burnett
Shonda Rhimes Responded To The Surprise Exit Of A Day 1 'Grey's Anatomy' Figure
By Grace Wehniainen
Get Even More From Bustle — Sign Up For The Newsletter
From hair trends to relationship advice, our daily newsletter has everything you need to sound like a person who’s on TikTok, even if you aren’t.