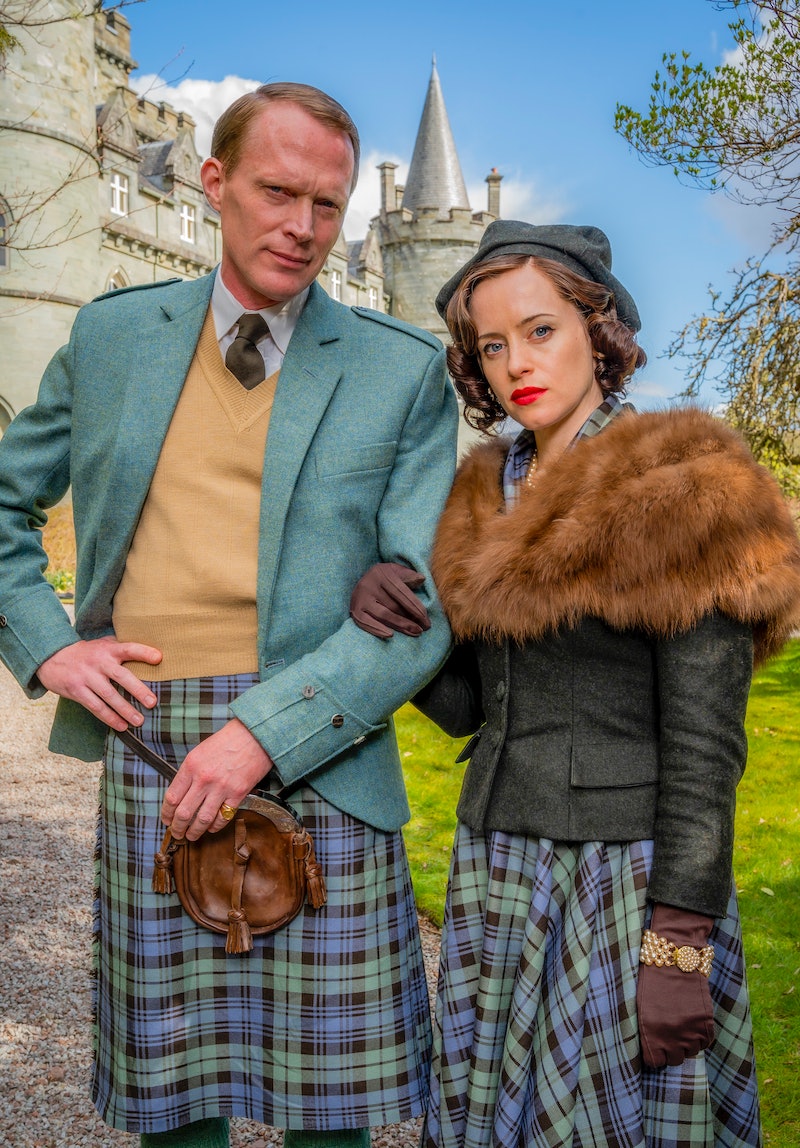 Claire Foy is somewhat synonymous with historical dramas, with her performance as Queen Elizabeth II in Netflix’s The Crown earning her a Golden Globe in 2017. Her latest turn on the historical wheel lands her in the ‘60s for A Very British Scandal — the follow up to the 2018 A Very English Scandal starring Hugh Grant — in which Foy stars as socialite Margaret Campbell, the duchess to Paul Bettany’s Duke of Argyll, Ian Campbell.

The Duke of Argyll’s family seat is Inveraray Castle, the backdrop to some of the most brutal drama to come out of the 20th century. Based on a true story, A Very British Scandal is a story of mistrust and betrayal that follows the embittered 1963 divorce case between the Duke and Duchess of Argyll.

The 75,000-acre estate is also a fully functioning home and visitor attraction that is still in the Campbell family today. Torquhil Campbell, the 13th Duke of Argyll, is Ian Campbell’s grandson from his second marriage to Louise Hollingsworth Morris Vanneck and lives in the Loch Fyne location with his wife, Eleanor Cadbury (a member of the Cadbury chocolate family), and their three children Archie Campbell, Marquess of Lorne (known as Archie Lorne), Lord Rory James Campbell, and Lady Charlotte Mary Campbell.

Eagle-eyed fans might also recognise the extensive castle as the backdrop to the Downton Abbey Christmas special in which Inveraray Castle served as the fictional “Duneagle Castle”. The castle also featured in Great Estates Scotland in 2014 and Susan Calman's Secret Scotland in 2020.

A Very British Scandal will show on BBC One at 9 p.m. from Dec. 26 to 28, with all three episodes available as a boxset on BBC iPlayer after the first episode on Boxing Day.

More like this
'Consent' Is Not Just One Person’s Story, But Hundreds
By Shahed Ezaydi
Wait, Is 'Happy Valley' Not Actually Over?
By Darshita Goyal
6 'Happy Valley' Easter Eggs You May Have Missed
By Sophie McEvoy
Claire Foy Spoke Out About 'The Crown's Gender Pay Gap
By Sam Ramsden
Get The Very Best Of Bustle/UK
Sign up for Bustle UK's twice-weekly newsletter, featuring the latest must-watch TV, moving personal stories, and expert advice on the hottest viral buys.