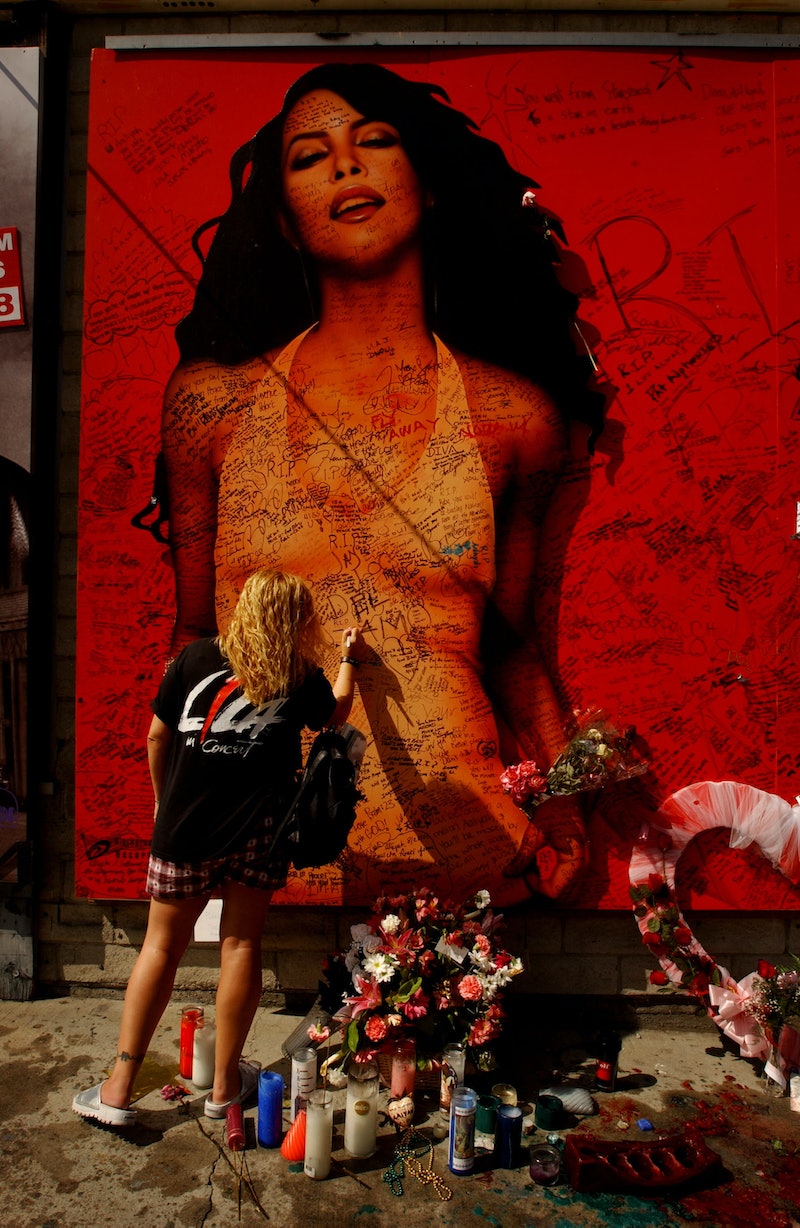 It’s difficult to believe, but it has now been almost 20 years since Aaliyah died at the age of just 22. After filming the music video for her single “Rock The Boat,” the plane that was supposed to take the singer and a number of others back to the U.S. from the Bahamas went down shortly after takeoff. All nine passengers were killed.

Since that fateful day in 2001, fans of Aaliyah have mourned her loss, and her impact on the music world is still felt to this day. In fact, it’s hard to listen to any musician who incorporates pop and R&B into their work and not feel elements of the Grammy nominee, who managed to become one of the most influential stars of the field in a very short span of time.

While her impact continues to reverberate through the industry two decades after her death, Aaliyah’s music has been incredibly difficult to find. The majority of her catalog is still missing from streaming platforms, which didn’t exist during her career, and it’s near-impossible to buy her last two CDs. Now, all that is set to change, as her album One in a Million is slated to arrive on all major digital streaming platforms, Aug. 20, according to her former record label’s Instagram. Meanwhile, her self-titled effort, released a month before her death, is coming on Sept. 10, while her compilations I Care 4 U and Ultimate Aaliyah are slated to hit store shelves and streaming sites on Oct. 8.

The good news comes a few weeks after an announcement was made on Aug. 5 that the formerly-defunct Blackground Records, which launched Aaliyah and fellow musicians like Timbaland, Tank, and JoJo to stardom, has partnered with music distribution company Empire to make the R&B powerhouse’s material available again. Starting in August, the companies will begin rolling out the entire Blackground discography, including Aaliyah’s music, in physical and digital formats. That means that for the first time, songs and full-lengths from all the artists once signed to the brand will finally be available to stream, bringing to an end a years-long quest for access to some of the most successful releases in R&B history.

This new partnership raises questions and highlights others that have stood for a long time, and while some have answers, some inquiries may never be fully explained.

This is a question that fans, and many in the music industry, have been asking for a long, long time. Unfortunately, despite statements from those who worked at Aaliyah’s label and her own family, the answer doesn’t appear clear. It’s a situation where two opposing sides seem to blame the other, and at the moment, there doesn't appear to be a way to identify who is telling the truth and who isn’t.

In an interview with Billboard that details the forthcoming releases, Blackground Records co-founder Barry Hankerson stated Aaliyah’s music hasn’t been available for so long because his sister, who happens to be the star’s mother, didn’t want it to be. According to him, “There was a conversation we had that she didn’t want the music out, and whatever my sister told me, I tried to do what she wanted.” That meant not finding a new distribution partner to reissue albums that went out of print, posting them to digital download sites, and certainly not going after the streaming market, which would pop up years after her death.

That explanation makes some sense, but it's not the truth, according to the mother and Aaliyah’s estate.

Through a lawyer, the estate of Aaliyah commented for the same article, stating that they have “always been ready to share Aaliyah’s musical legacy,” but the firm has “been met with contention and a gross lack of transparency.” Problems with accounting and reporting have apparently been an issue between Blackground (aka Hankerson) and the remaining family. Also, there are questions about whether the singer’s uncle’s claims hold any merit at all. The legal team representing Aaliyah’s family refutes that her mother ever expressed a wish for her music to be withheld. In fact, the estate purports that “virtually the entire remainder of her catalog, including many never released tracks, has been inexplicably withheld from the public by Blackground Records.”

The family has made statements on social media from time to time expressing their desire to find a way to put Aaliyah’s music back out into the world, but nothing ever came of the exciting posts. Those updates may have been PR moves, or they may have been entirely genuine; it’s hard to say.

Complex also published a report years ago that claimed Hankerson is largely to blame for the absence of Aaliyah’s music, as his indecision and grief may have kept him from acting. That may be a big part of the delay, though the music mogul himself didn’t comment on the piece in his new interview.

Basically, Blackground Records and its founder Hankerson say the music hasn’t been available because the family didn’t want it to be, while the family claims Hankerson has been dealing in shady business practices and leaving them out of the loop. Chances are, the world will never really know what the truth is.

What Does The Blackground Records And Empire Deal Mean?

The new deal between Blackground and Empire means that finally, after all this time, Aaliyah fans will get what they want: access to her music. The two companies announced a rollout plan that begins Aug. 20 and continues with more releases in the coming months. In between those exciting drops, the rest of the Blackground catalog will also be dispersed, with many hitting streaming sites for the first time. The option to buy CDs, tapes, or vinyl copies of Aaliyah’s masterpieces is also coming soon.

How Does Her Family Feel?

The Aaliyah estate seems both upset by this deal and willing to go along with it. According to the wide-reaching Billboard story, her mother and brother didn’t find out about the Empire partnership and the plan to re-release all of her material until it was finalized and contracts were signed. The legal team for Blackground has a different version of events, claiming they tried many times to get in touch with the estate to bring them in on the conversation, only to be met with silence.

While it’s unclear if the Aaliyah estate didn’t know what was going on or chose not to take part in the discussion, there aren’t any plans currently for them to legally fight the rollout. Instead, in a statement posted to the late crooner’s Instagram, the family both fired back and suggested that they’re ready to focus on forgiveness for this forthcoming chapter.

The complicated relationship between Aaliyah’s uncle, her mother, and the many intermediaries between them (the two apparently don’t speak with any regularity) is now entirely out in the open. While it’s sad to see a family arguing and casting a shadow upon the legacy left behind by the singer, it is wonderful that the art Aaliyah created during her lifetime will once again be widely available. In time, the unheard recordings of Aaliyah may soon come to light, too.

More like this
'Friends' Star Maggie Wheeler Offers Support To Matthew Perry After Reading His Memoir
By Alyssa Lapid
Everything To Know About 'And Just Like That...' Season 2
By Jack Irvin and Grace Wehniainen
Twitter Can’t Believe The Madonna Biopic Is Scrapped & Fans Have A Solution
By Alyssa Lapid
Olivia Rodrigo Manifested Finally Meeting Demi Lovato
By Jake Viswanath
Get Even More From Bustle — Sign Up For The Newsletter
From hair trends to relationship advice, our daily newsletter has everything you need to sound like a person who’s on TikTok, even if you aren’t.

This article was originally published on Aug. 5, 2021