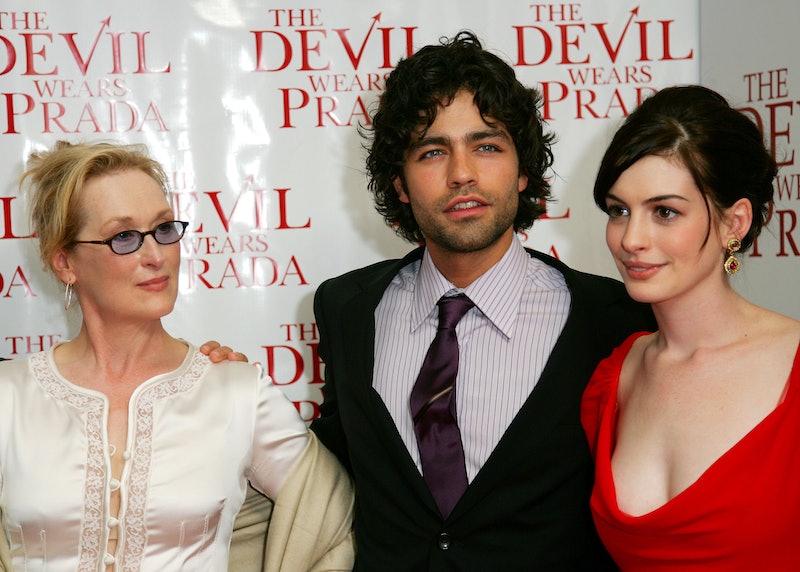 The Devil Wears Prada came out fifteen years ago, but its impact is still strong as ever considering loyal fans discuss the film almost weekly online. The film stars Anne Hathaway as Andy, an aspiring journalist who recently graduated college and just nabbed a job working for Miranda Priestly, the powerful and egotistical editor-in-chief of fictional Runway magazine, played by Meryl Streep. New to the world of fashion, Andy has to work extra hard to prove herself to Miranda — to the dismay of her boyfriend Nate, played by Adrian Grenier, who doesn’t understand Andy’s commitment to the draining position and encourages her to leave it. Since the release of The Devil Wears Prada, fans have long debated whether the commanding Miranda or discouraging Nate is the film’s true villain, and the cast has never chimed in — until now.

Speaking to Entertainment Weekly for an oral history of the film, Grenier revealed that when he first heard about the debate, he “couldn’t get [his] head around” the idea that his character was considered a villain. “I didn’t understand it. Perhaps it was because I wasn’t mature as a man, just as Nate probably could’ve used a little growing up,” he detailed. “I was just as immature as him at the time, so I couldn’t see his shortcomings, but after taking time to reflect and much deliberation online, I can realize the truth in that perspective.”

The actor continued, “Nate hadn’t grown up, but Andy had... She needed more out of life, and she was achieving it. He couldn’t support her like she needed because he was a fragile, wounded boy.” Officially settling the debate once and for all, he added: “On behalf of all the Nates out there: Come on! Step it up!”

Hathaway, on the other hand, recognized Nate’s shortcomings but offered him a little more slack than Grenier. “I don’t think everybody’s being completely honest with themselves about their own poutiness. Nate was pouty on his birthday because his girlfriend wasn’t there,” she told EW, recalling a scene in which Nate is unhappy that Andy missed his birthday for work. “In hindsight, I’m sure he wishes he made a different choice, but who doesn’t? We’ve all been brats at different points. We all just need to live, let live, and do better!”