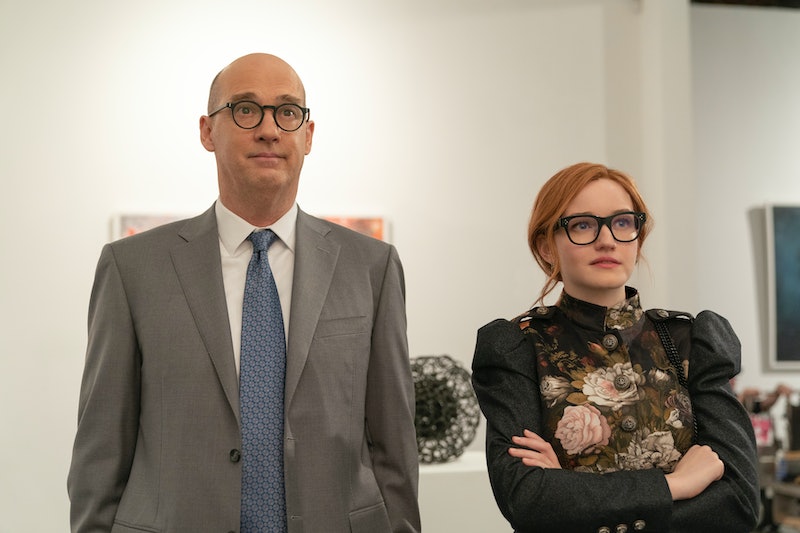 Of all the people grifter Anna Sorokin (aka Anna Delvey) duped over the years, real-estate attorney Andrew Lance was one of the most instrumental in legitimizing her fake German heiress identity. In Netflix’s Inventing Anna, the character played by Anthony Edwards is renamed Alan Reed, though his role still mirrors the one Lance played in real life.

“I’m the lawyer who’s representing her, helping her to build this big thing. I’m doing a lot of vouching for her and believing in her when I don’t have all the information I really need, because she’s so charismatic,” Edwards recently told Esquire of his character’s relationship to Sorokin (played by Julia Garner in Inventing Anna). “Here’s this young energy that’s able to manipulate and control people by telling them what they want to hear.”

As was also portrayed in the limited series, in real life, Sorokin (played by Julia Garner in Inventing Anna) reportedly approached Lance in 2016 with plans to build an exclusive New York City arts and social club, known as the Anna Delvey Foundation (ADF). Eventually believing that Delvey truly was a German heiress with a $60 million trust fund overseas (thanks, in part, to forged financial documents), he agreed to help her secure a $40 million loan via his extensive network of financial contacts, including at City National Bank and Fortress Investment Group.

“He knows how to talk to women. And he would explain to me the right amount without being patronizing,” Sorokin said of Lance in Jessica Presler’s 2018 New York article upon which the Netflix series is based. “He was there all the time. He would answer in the middle of the night or when he was in Turks and Caicos for Christmas.”

During Sorokin’s 2019 trial, the prosecution presented emails Lance had written (in Comic Sans MS font, no less, per Rolling Stone) touting Delvey’s “very exciting redevelopment” of a Park Avenue property, which he said had been “backed by a marquee team for this type of venue and space.” He noted, however, that his client needed a loan “because her personal assets, which are quite substantial, are located outside the U.S.”

Fortress Investment Group’s managing director testified at trial that he’d first been interested in the project due to the reputation of Lance’s firm, Gibson, Dunn & Crutcher, as well as his reassurances about his client’s personal assets. When Sorokin’s stories began to fall apart, however, Lance grew suspicious and ultimately learned the truth about his client. (In 2019, Sorokin was found guilty of theft of services and grand larceny, having scammed more than $200,000 from banks and luxury hotels.)

Now that his involvement with Sorokin is behind him, Lance still works as a New York City-based partner in Gibson, Dunn & Crutcher, where he’s been employed since March 1999. According to the firm’s website, his clients currently include private real estate equity funds, hedge funds, as well as “other public and privately held companies investing in or using real estate.” Lance, who’s been on New York magazine’s list of best New York-area lawyers, is also an adjunct professor at New York Law School, and has also lectured at Yale Law School (his alma mater) and at the New York University Schack Institute of Real Estate.

More like this
This Michigan Couple Really Won $27 Million After Finding A Lottery Loophole
By Brad Witter
The “Beatrice Six” Were Awarded $28 Million After Their Wrongful Convictions
By Brad Witter
It Took Investigators 23 Years To Correctly Identify Helen Wilson's Real Killer
By Brad Witter
Is Ryan J. Vallee From Web of Make Believe Still In Prison?
By Kadin Burnett
Get Even More From Bustle — Sign Up For The Newsletter