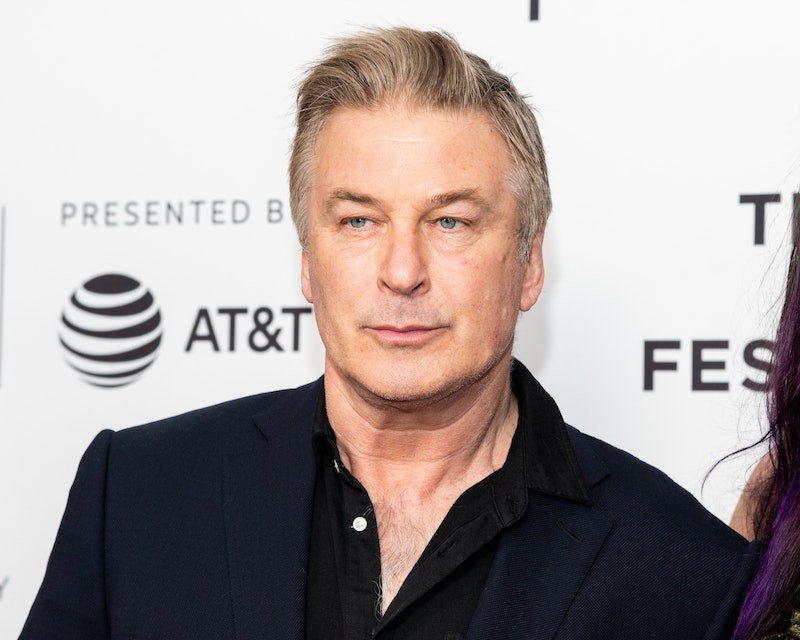 Alec Baldwin has been charged with two counts of involuntary manslaughter in the fatal shooting of cinematographer Halyna Hutchins on the set of Rust in October 2021. The criminal charges were announced on Thursday, Jan. 19, by Mary Carmack-Altwies, the First Judicial District Attorney in Santa Fe, New Mexico. He was officially charged on Jan. 31, Variety reports.

According to a statement filed from the Santa Fe D.A. Office on Jan. 31 via Deadline, “Baldwin, by act or omission or failure to act in his position as a producer directly contributed and/or failed to mitigate numerous reckless and dangerous actions during a very short time period.”

Adding: “industry standards, protocols, and common firearm safety procedures on movie sets require the armorer, after conducting a safety check with the 1st assistant director, to conduct a second safety check with the actor to be handling the firearm.” This violation happened two times before the shooting, the statement notes.

“After a thorough review of the evidence and the laws of the state of New Mexico, I have determined that there is sufficient evidence to file criminal charges against Alec Baldwin and other members of the Rust film crew,” Carmack-Altwies said in a statement on Jan. 17. “On my watch, no one is above the law, and everyone deserves justice.”

“If any one of these three people — Alec Baldwin, Hannah Gutierrez-Reed, or David Halls — had done their job, Halyna Hutchins would be alive today. It’s that simple,” special prosecutor Andrea Reeb said in a statement. “The evidence clearly shows a pattern of criminal disregard for safety on the Rust film set. In New Mexico, there is no room for film sets that don’t take our state’s commitment to gun safety and public safety seriously.”

On the day of the incident, Baldwin, who was both the star and producer of the movie, held a supposed prop gun when it unexpectedly discharged on set while they were shooting at the Bonanza Creek Ranch in Santa Fe, New Mexico. It killed the 42-year-old cinematographer and injured 48-year-old director Joel Souza.

Months later, in December 2021, Baldwin spoke about the accident in an interview. He told ABC News’ George Stephanopoulos that he “didn’t pull the trigger.” “I would never point a gun at anyone and pull the trigger at them, never,” he said. ABC News, however, obtained a forensic report from the FBI that says the gun “could not have gone off without the pull of a trigger.”

“The gun was supposed to be empty. I was told it was an empty gun,” the It’s Complicated star continued in the interview. “Someone put a live bullet in a gun, a bullet that wasn’t even supposed to be on the property.” He later added, “Someone is responsible for what happened and I can’t say who that is, but it’s not me.”

Meanwhile, the more severe second charge against both Baldwin and Gutierrez-Reed, involuntary manslaughter in the commission of a lawful act, requires prosecutors to prove that there was more than simple negligence. The charge includes a firearm enhancement, which carries a mandatory minimum sentence of five years in prison.

Baldwin’s camp is ready to fight. “This decision distorts Halyna Hutchins’ tragic death and represents a terrible miscarriage of justice,” Baldwin’s lawyer Luke Nikas of Quinn Emanuel said in a statement to Bustle. “Mr. Baldwin had no reason to believe there was a live bullet in the gun — or anywhere on the movie set. He relied on the professionals with whom he worked, who assured him the gun did not have live rounds. We will fight these charges, and we will win.”

Meanwhile, Rust’s assistant director David Halls signed a plea agreement for the charge of negligent use of a deadly weapon. After the shooting, Halls told authorities he had not properly inspected all the rounds before signing off on its use.

In February 2022, Hutchins’ family sued Baldwin and the film’s producers for wrongful death, but it was settled in October. Hutchins’ husband, Matthew, now serves as an executive producer of the film. “I have no interest in engaging in recriminations or attribution of blame (to the producers or Mr. Baldwin),” he said in a statement last October. “All of us believe Halyna’s death was a terrible accident. I am grateful that the producers and the entertainment community have come together to pay tribute to Halyna’s final work.”

More like this
'Wednesday' Star Emma Myers Thinks A Wenclair Storyline Is “Possible” In Season 2
By Alyssa Lapid
Ashton Kutcher Wants Danny Masterson “To Be Found Innocent” In Rape Retrial
By Jake Viswanath
Austin Butler Recalls Lisa Marie Presley Showing Him Elvis’ Bedroom
By Jake Viswanath
The 2023 Super Bowl Commercials Feature A 'Breaking Bad' Reunion & Missy Elliott
By Alyssa Lapid
Get Even More From Bustle — Sign Up For The Newsletter
From hair trends to relationship advice, our daily newsletter has everything you need to sound like a person who’s on TikTok, even if you aren’t.

This article was originally published on Jan. 19, 2023