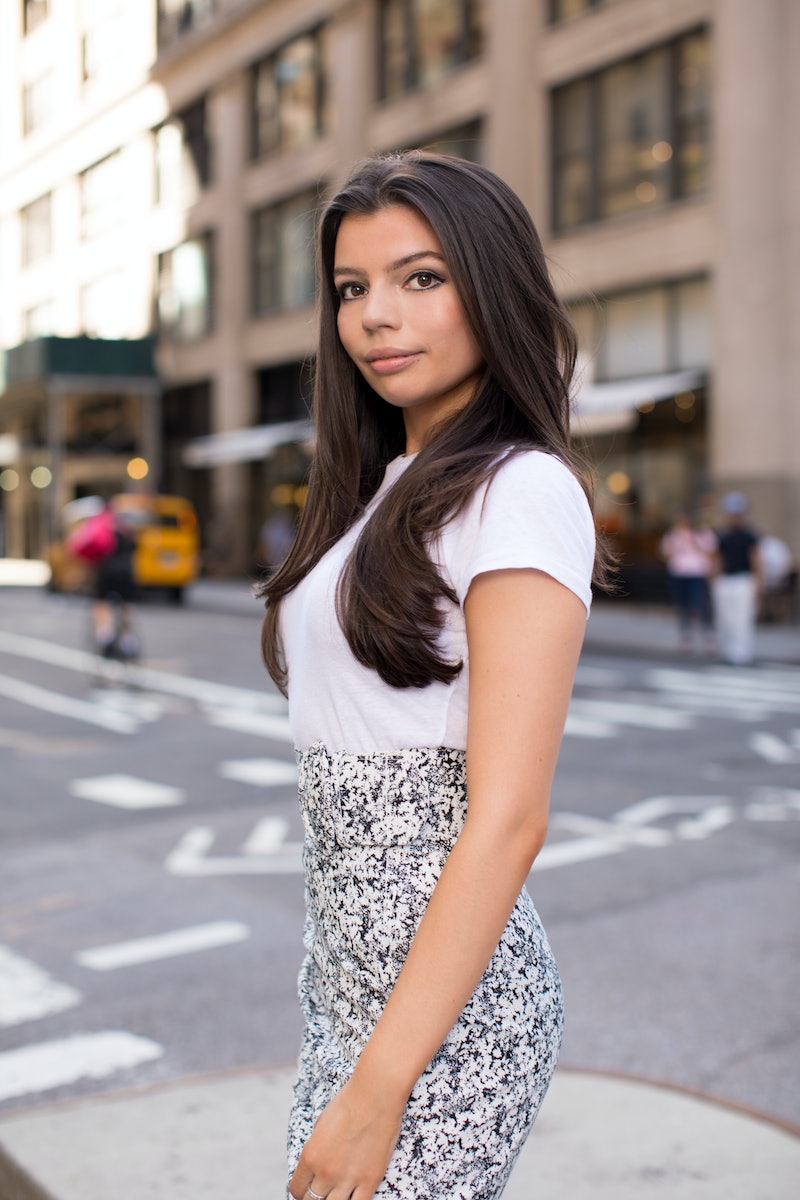 Despite the pandemic, 2020 was a banner year for Alex Aster. Within the space of a few months, the 25-year-old had two big wins: her debut song, “Divine,” went viral on TikTok, supplying the audio for more than 150,000 videos on the platform; and she published her first book, a middle grade novel titled Curse of the Night Witch, which received a Kirkus Star and was chosen as one of Amazon’s best children’s books of 2020.

Now, Aster’s struck TikTok gold once again, this time with a March 13 teaser video for her YA novel, Lightlark. At the time of this writing, the video has racked up 1.2 million views, 278,000 likes, and more than 7,000 comments — and it’s just scored Aster a six-figure book deal with Amulet Books.

“[Within a week] after the video went viral on TikTok,” Aster tells Bustle, “[Lightlark] was at auction and I was offered six figures. Publishers saw this huge audience that already, just based on the premise, was so enamored with the concept.”

Lightlark centers on a once-in-a-century competition between the rulers of six realms, each of whom is afflicted with a wicked, fatal curse. In a bid to break their curses, the six combatants do battle with one other, knowing that one of them must die so that the others may live. In the midst of it all is one woman, Isla Crown, who must pick her way through a deadly web of intrigue if she wants to make it out of the game alive — but soon finds her victory campaign waylaid by a romantic entanglement.

Aster certainly isn’t the only one excited for Lightlark. CAA’s Michelle Weiner and Berni Barta have signed on to represent the film rights, and Anne Heltzel, the executive editor of Amulet Books, “can’t wait” to see Aster’s debut on shelves.

“We are thrilled to announce our plans to publish Alex Aster’s Lightlark in Fall 2022,” Heltzel tells Bustle. “Alex has crafted a vivid world and a twisty, propulsive story that’s sure to captivate. She’s that rare, formidable writer who has serious talent combined with a natural savvy for the market and an innate understanding of how to connect directly with her audience. We can’t wait to get Lightlark into readers’ hands!”

Aster is the latest success story to emerge from BookTok: a corner of TikTok devoted to all things books. It’s the next natural step in the evolution of online literary communities, following the rise of Bookstagram in the 2010s. BookTok videos — which feature reviews, author promos, and musical mood boards — have pushed many titles, new and old alike, onto the bestseller lists. As The New York Times reported in March, some Barnes & Noble locations now have tables dedicated to popular BookTok titles — many of which fall into the YA category — including Holly Black’s The Cruel Prince, E. Lockhart’s We Were Liars, Adam Silvera’s They Both Die at the End, and Hanya Yanagihara’s A Little Life. Aster’s own book, Curse of the Night Witch (currently a a Barnes & Noble book of the month), has benefitted from this: after a TikTok Aster made about it racked up over 370,000 views, sales surged.

“Every week there’s a new trend on TikTok,” Aster says. “There’s a new Next Big Thing. It’s forcing publishing to keep up, and I hope that they really take it seriously, [because] I think that BookTok is the biggest platform for readers.... The readers have a lot of power right now.”

Not only that, but Aster’s novel has the potential to fundamentally change the relationship between books and BookTokers: rather than discussing already published material, they may soon have the power to shape what’s out there. Aster says she chose to sign with Amulet because they were willing to “allow the TikTok community who gave [her] this platform to choose” Lightlark’s final cover.

“I want the readers to decide,” Aster says, adding that she’s “really focused on giving back to the readers and having them feel integral to the process.”

To that end, she’s giving away the first chapter of Lightlark free to readers who sign up for her email newsletter.

“I’m really thinking of the email list as an exclusive club for people who love Lightlark and supported me in that video,” she says. “I’m going to give away tons of free merch, extra chapters, and a bunch of information about the six characters. We’re going to do trading cards and all this amazing stuff. Anyone who signs up for the email list will get all this exclusive stuff and will get the preorder links [for Lightlark] first.”

Aster encourages anyone who’s eager to get their hands on her viral YA debut to check out her middle grade series, which began with Curse of the Night Witch and continues this June with Curse of the Forgotten City.

More like this
Learning To Love, Not Judge, The Lunchbox Wives Of TikTok
By Esther Zuckerman
How To Turn Off TikTok Profile Views So You Can Stalk Other Accounts In Secret
By Alexis Morillo
How To Curl Your Hair With Leggings, According To TikTok
By Carolyn Steber
Jessica Simpson On The Time She Was Pursued By A Backstreet Boy & An *NSYNC Member
By The Editors
Get Even More From Bustle — Sign Up For The Newsletter
From hair trends to relationship advice, our daily newsletter has everything you need to sound like a person who’s on TikTok, even if you aren’t.