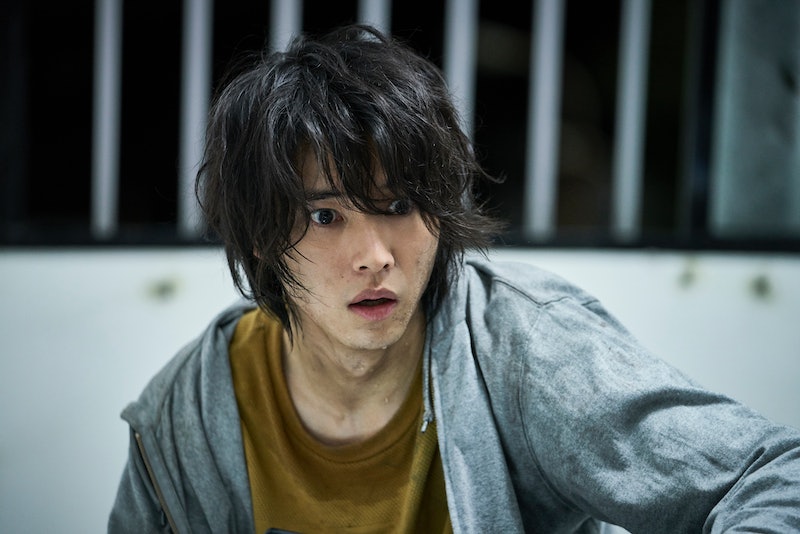 If you’re looking for another dark Asian drama to watch after Squid Game, look no further than Netflix’s Alice in Borderland. The eight-episode series is based on a manga by Aso Haro and follows Arisu (Kento Yamazaki), an aimless, video-game obsessed young man who finds himself trapped in a terrifyingly empty version of Tokyo. To survive in this alternate reality, Arisu and his friends must play a series of manipulative, deadly games that correspond to playing card suits. Spades are physical competitions. Clubs are for teamwork. Diamonds are for logic games. And hearts simply exist so the players can hurt and betray each other. Like Squid Game, the show interweaves the spectacle of gore and violence with questions about society and our role in it.

“A good education no longer guarantees that a person will secure an income that helps build wealth, let alone pay the bills. Hard work does not necessarily equal economic advancement either, not in a society whose decks are stacked to favor the 1%,” Melanie McFarland wrote for Salon. “The Alice in Borderland plot draws upon this concept.”

When Alice in Borderland premiered in December 2020, it was immediately popular: per a Netflix press release, it was featured in the Top 10 in nearly 40 countries/territories and viewed in over 18 million American households by January. But in the wake of Squid Game’s success, audiences have been rediscovering the series. “We were thrilled to see that many members who discovered and watched Squid Game also started discovering Alice for the first time,” Netflix manager Michael Smith recently explained at the Tokyo International Film Festival, per RadioTimes. “Our service picked up on this connection and started recommending Alice to more members who hadn’t already seen the show ... It landed back in the Top 10 series ranking in more than 50 countries around the world, more than nine months after its initial launch.”

Unlike Squid Game, Alice in Borderland has already been renewed for Season 2. Here’s everything we know so far.

Netflix has not announced a premiere date for Season 2. Though the series was renewed last December, it’s likely that more episodes won’t debut until some time in mid to late 2022, given the ongoing pandemic. According to Reuters, Japan was under a strict “state of emergency” for six months during lockdown, and those restrictions were only lifted in late September 2021.

The Alice in Borderland Season 2 Teaser

Though a trailer may be some time away, a clip from Netflix Festival Japan confirmed production on Alice in Borderland Season 2 is underway. Kento and Tao Tsuchiya made an appearance from set and teased some of the questions to be explored in the show’s next installment. “What is the purpose of this game? Will they be able to return to the real world? What is the answer Arisu is seeking? We hope to continue to work hard while shooting this series so that you can enjoy this show until the very end,” said Kento.

The Alice in Borderland Season 2 Cast

Aside from Kento as Arisu, Season 1 features Yuki Morinaga, Keita Machida, Nijiro Murakami, Sho Aoyagi, Ayaka Miyoshi, Dori Sakurada, Nobuaki Kaneko, and Riisa Naka, among other actors. There’s also Tao as Usagi, a mountain climber who teams up with Arisa to take on the games. But as with Squid Game, not all of the Alice in Borderland characters survive until the end of Season 1.

By the end of the season, Arisa does manage to figure out who’s behind the games. However, the season ends on a cliffhanger, with the threat of a whole new round of games awaiting more poor, unsuspecting players. So expect to see plenty of new faces when Alice in Borderland eventually returns.

This article was originally published on November 8, 2021