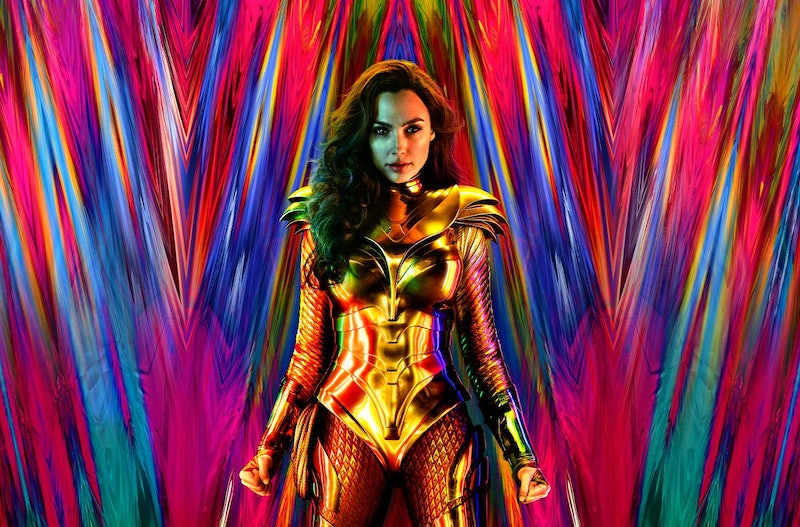 The film opens on a flashback in Themyscira, where they're holding their own type of Olympic games. Diana participates in some of the games, which is a nice reference to her 1941 debut in All Star Comics #8. In the comics, after Steve Trevor crash lands on their island, the Amazons compete like Olympians to decide who is best equipped to accompany Steve to the United States. Naturally, Diana wins.

Per ScreenRant, in the comics Maxwell Lord was a businessman who worked alongside the Justice League but became more sinister as time went on. In Jenkins' version, he's still a smarmy businessman, and he ends up winning people over by giving empty promises that they can have everything they want. For many viewers it will feel like an obvious reference to Trump, and Jenkins admitted to Screen Rant that he was "definitely one of the people that we looked at" during production. But she noted that Maxwell is really meant to be an amalgamation of the business mavericks of the 1980s "who went on to be major players in our world in potentially questionable ways."

Before Gadot portrayed her on the big screen, Lynda Carter played Diana in the 1970s Wonder Woman show. The blazer that Diana wears in the film is reminiscent of Carter's own fashion on the show.

The Dreamstone is the film's major Monkey's Paw: it grants you any wish you want, but it takes something you hold dear in return. This is how Diana is able to revive Steve in a sense, and Maxwell uses it to begin his plans of world domination. Unlike Diana and Maxwell though, the Dreamstone is a film-only creation.

Lucy Davis' Etta Candy sadly doesn't return in Wonder Woman 1984, but per Digital Spy, there is a photo of an older Etta in Diana's apartment. There are also nods to her war comrades, like Chief Napi (Eugene Brave Rock), and a newspaper report about Steve's world-saving heroics.

Before Steve sacrificed himself in Wonder Woman, he gave Diana his watch. You can see that she's kept the watch in her apartment on a shelf.

In the golden age of comics, Diana used an invisible jet as her primary means of transportation, since she couldn't always fly. It's nearly as iconic as her lasso, and the jet finally makes an appearance in Wonder Woman 1984. Diana and Steve ride in it while watching fireworks.

Per Entertainment Weekly, Diana first donned the golden armor in the 1996 Elseworlds: Kingdom Come #3 by Alex Ross and Mark Waid. The armor is a symbol of war, and it's usually worn by someone who actively seeks out battle. In the comics, Diana puts it on to combat the threat of volatile meta-humans, but removes it once she comes around to Superman's more pacifistic point of view.

In the film, this origin has been changed. We're told the armor belonged to Asteria, an Amazon warrior who sacrificed herself to save her fellow Amazons from the world of men.

The origins of the armor were likely changed to accommodate one last cameo. In a mid-credits scene, a black-haired, mysterious woman saves a bunch of people from a falling pole. She tells everyone her name is Asteria, and “she’s been doing this for a long time.” It's revealed that Asteria is played by Carter, and the film hints that she could be another sort of Wonder Woman. While this could be a set-up for a future Wonder Woman 3, it can also be interpreted as a nice homage to the superheroines that came before.