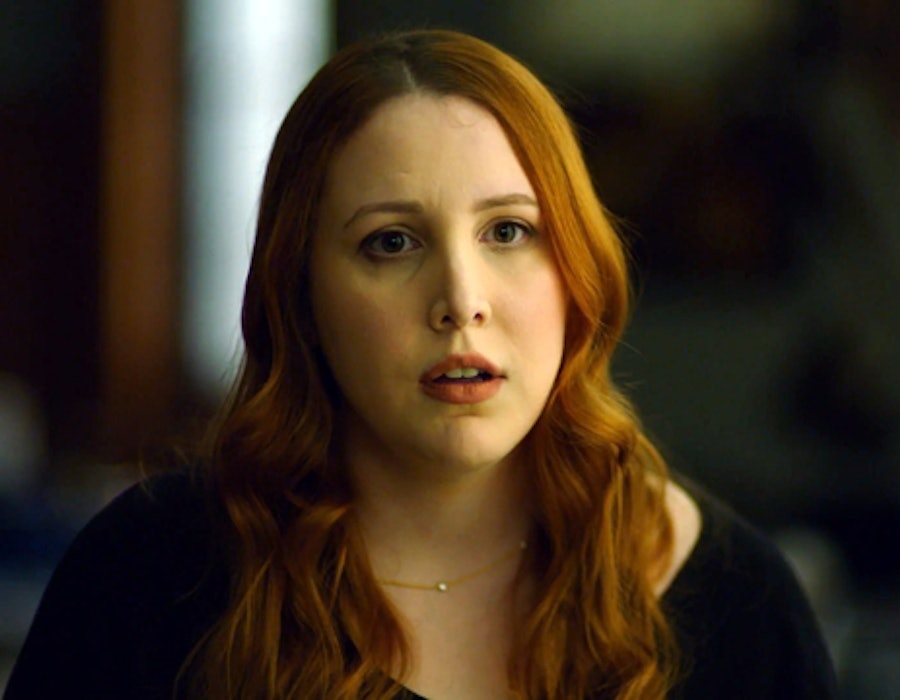 Dylan Farrow's story has been scrutinized, fact-checked, and impugned since 1992, when she accused her adoptive father Woody Allen of sexually assaulting her at age 7. (Allen has repeatedly denied the claims). It wasn't until 2013, when she was 28, that she spoke publicly about the alleged abuse, and it took until 2018 — amid the #MeToo movement — for Hollywood to truly begin to reckon with her story. "There's so much misinformation," she says in the first episode of HBO's Allen v. Farrow. "I've been subjected to every kind of doubt, scrutiny, and humiliation over this ... in the last 20 years, he was able to just run amok while I was coping with this through sleepless nights and panic attacks." Content warning: This post includes discussion of sexual assault.

The four-part docuseries, premiering on Feb. 21, finally allows Dylan to be heard fully and meaningfully. Though there are times when the show gets distracted in trying to contextualize Allen's broader career and legacy, it's impossible to ignore Farrow's own voice: sharp, determined. She recalls Allen's "intense affection" for her as a child — how he would spoil her with toys and take her to Broadways shows. "I mean, I worshipped him," she says. "He was so funny, and he made me feel so special."

This is corroborated by accounts from family and friends, who detail how Allen would monopolize Dylan's time and not allow her to play with other children. His hyper-focus on Dylan disturbed childhood friends like Priscilla Gilman, who noted that he had a "smothering energy" and "followed Dylan wherever she went."

Dylan says this warped her sense of what a normal father-daughter relationship was supposed to be like. She was shocked when she'd go to other girls' houses and their dads "weren't in the room, hovering." At home, Dylan says it felt like she was always "in [Allen's] clutches" and that he was "hunting" her.

The documentary lays out increasingly concerning behavior from there. Dylan claims that Allen would often "wrap his body around me, very intimately" and cuddle with her in his underwear. She also says he would sometimes kneel with his face in her lap, and once directed her on how to suck his thumb. Her aunt Tisa allegedly caught Allen rubbing sunscreen down Dylan's back and then between her buttocks. It all became so overtly worrisome that in 1990, Dylan's mother Mia Farrow — then Allen's partner of over a decade — sent him to see a clinical psychologist about his behavior towards Dylan. The psychologist reported that Allen's actions were "inappropriate" but not sexual. Meanwhile, Dylan became increasingly "withdrawn and fearful" and began seeing a therapist at five years old.

While Episode 1 only outlines Allen's behavior leading up to Dylan's alleged assault on Aug. 4, 1992, it's difficult to overlook the unsettling pattern of predation Allen v. Farrow paints. For years, Allen has been celebrated in public forums and defended by actors like Scarlett Johansson, Diane Keaton, and Javier Bardem while Dylan's story was explained away or dismissed (Allen has long maintained that the allegations were manufactured by Mia because she was angry about his affair with her other adopted daughter, Soon-Yi Previn). Perhaps it was easier in the past to see Dylan's claims as ancillary to the career of one of Hollywood's most prolific and well-regarded directors. But Allen v. Farrow drowns out the noise. At last, it's Dylan who is front and center in her own story.