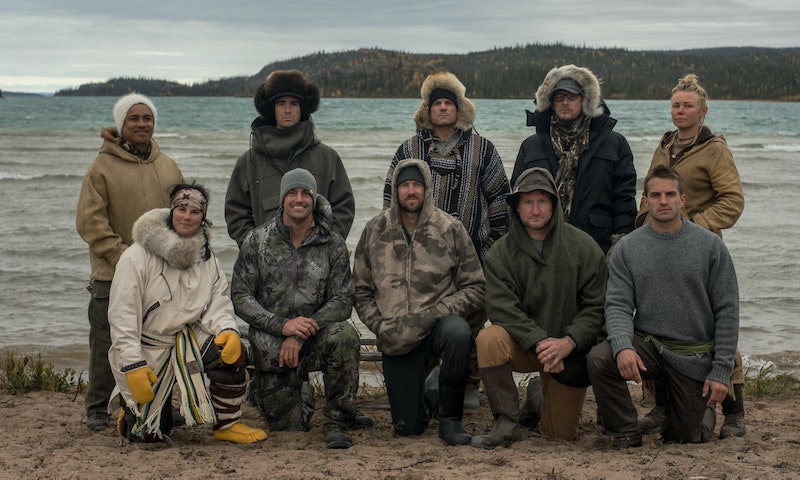 Due to the current social distancing recommendations, it sort of feels like we're all living in the History channel show Alone. Is Season 8 going to just be... about us? Jokes aside, this is one show that's actually perfectly suited to resume filming during a global pandemic. Alone's contestants are all isolated from one another in the remote wilderness, and they do all their own filming, so there's not even a camera crew. Once they're quarantined and test negative for coronavirus, it's easy to send them out into the wild to have them each try to survive the longest. So basically, if History wants to renew the series for Season 8, there's little reason why it can't start taping somewhat soon.

The Alone casting page is up and taking applications, but it's possible that's for Season 9, since Season 8 should be close to finishing casting at this point. Either way, it's encouraging to know that History is invested enough in the show to still actively be looking for contestants. If the show does officially get renewed, fans can likely expect Season 8 to premiere in summer of 2021, since the last four seasons have all aired in June. But that also depends on if the production will go ahead as usual. Typically the seasons tape in fall and early winter, which means that the series would need to begin production in a month or so to make that regular premiere date.

If and when the show does return — which seems likely, given the casting page and the fact that it pretty consistently brings in over a million viewers weekly for the network — it will probably have some new twists and maybe even a new location. The big twist for Season 7 was that contestants had to stay in the wild for an unprecedented 100 days to win double the prize money ($1 million). In previous years, there have been game changes that allowed couples to compete together and former contestants to return.

And after two seasons in Canada's arctic, it may also be time for a location change. The show never stays in one place for too long, previously taping in Vancouver Island, Patagonia, and Mongolia before moving to the arctic for Seasons 6 and 7. All the series requires is enough distance for 10 people to be widely spread out and have access to water and food so they can attempt to outlast each other, so it can take place in pretty much any remote location worldwide.

News of a renewal or cancellation will likely be scarce until the show is closer to premiering — Season 7 wasn't announced until a month before its air date. But know that if History wants to make Alone Season 8 happen, it does seem possible. In fact, it might be the safest show to go back into production right now.