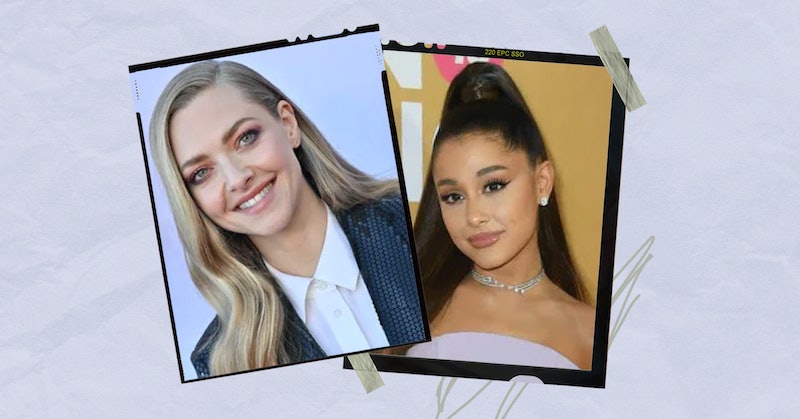 After years of casting rumors, the long-anticipated film adaptation(s) of Wicked finally found its leads in Ariana Grande and Cynthia Erivo in November 2021, but the cast almost looked different. As revealed in an interview with Backstage, Amanda Seyfried was up against Grande for the role of Glinda the Good Witch, and got far enough in the casting process that she had to audition while she was filming what she described as “the hardest role” of her career.

Seyfried said she did in-person auditions for the Wicked movie over the weekends while she was filming Hulu’s The Dropout, in which she played Elizabeth Holmes, the fraudulent entrepreneur behind the now-scorned health technology company Theranos, a role that just earned her an Emmy nomination for Best Lead Actress in a Limited Series. “I wanted it that much that I was like, ‘You know what? Yeah, I have to play the last scene of The Dropout on Tuesday. I’ll give my Sunday to you’,” she explained. “I literally bent over backwards while playing the hardest role of my life.” Apparently the process was so intensive that she has “dreams that I’m still auditioning for Wicked.”

Of course, the part eventually went to Grande, a decision that was also approved by the actor who originated the role of Glinda on Broadway, Kristin Chenoweth, who said she cried when the Victorious alum got the part. “I think that crown and wand are going to the exact correct person, and I think she’s gonna nail it,” she told Today in March 2022. “Maybe some people do know this about Ari, but she’s really, really funny. And Glinda has to do funny and drama; she has to do it all. And sing high and sing low. And so, there’s the girl.”

Prior to the casting, Seyfried made it known for years that she wanted to play Glinda in the Wicked movie, telling Broadway.com in 2015 that she was taking “vocal lessons” to maintain her natural soprano in preparation for the eventual audition. In March 2021, she told Vanity Fair that Anna Kendrick, Anne Hathaway, and Les Misérables co-star Samantha Barks would be the ideal Elphabas to her Glinda. However, even she was worried about her chances of landing the part. “I might be too old when they make it,” she told Entertainment Tonight in March 2015. “Or if they make it sooner than later, maybe I’m not the right person. I just still — I want it. I want to present myself and be a good candidate.”

Over six years later, Seyfried achieved her goal of being a good candidate for the role, and took some important lessons away from the audition process. “I think it also taught me how far I’ve come as a singer, which I really wanted to prove,” she told Backstage. “Because ever since Les Miz, I was like, I need to be better. I need to do better. So whatever comes next in terms of musicals, I’m finally prepared.”

More like this
Amanda Seyfried Says She Felt Pressured To Shoot Nude Scenes At 19 Years Old
By Jake Viswanath
Twitter Is At Odds Over Taylor Swift’s Possible ‘All Too Well’ Oscar Run
By Brad Witter
Christina Perri Had No Idea Her 'Twilight' Song Is On YouTube's Top 100 Chart
By Radhika Menon
Lady Gaga Will Star In 'Joker: Folie À Deux' With Joaquin Phoenix
By Jake Viswanath
Get Even More From Bustle — Sign Up For The Newsletter