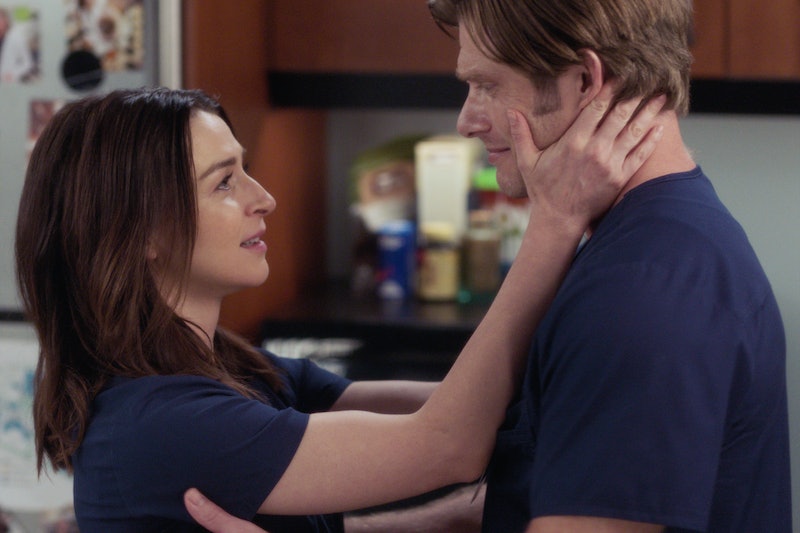 Spoilers ahead for Grey’s Anatomy Season 18, Episode 6. Amelia and Link’s relationship on Grey’s Anatomy just got more complicated than ever. During the Nov. 18 episode, the two spent an unexpected Thanksgiving together. Afterward, Amelia complimented Link’s parenting skills and he leaned in for a passionate kiss. Amelia stopped him just long enough to say, “Nothing has changed for me” — meaning marriage between them is still off the table — but Link went for it anyway, throwing caution to the wind and taking their makeout session to the next level.

Complicating matters? Apart from the obvious chemistry between Amelia and Kai that’s had fans shipping the pair, the preview for the next episode shows Link admitting to Jo that he used to have a “huge crush” on her. “What are you talking about?” she asks in a playful tone.

Viewers have been rooting for a romance between the longtime friends since the Season 17 finale, when the two moved in together. Since then, the pair have been adorably helping each other navigate single parenthood and giving off some definite romantic vibes. The stunned look on Jo’s face in the preview — coupled with Link’s lingering smile — certainly seems to hint that a relationship could be in the cards for them. And actor Camilla Luddington, who plays Joe, hinted as much during an October interview with Bustle.

“I was really best friends with my husband for many years before we actually ended up being together,” Luddington said of her husband Matthew Alan, who she married in 2019 after knowing him for more than a decade. “I think that is a lot of people’s experience, where they fell in love with their best friend.”

As a fan of Jo and Link’s platonic friendship, however, Luddington added that part of her is hoping Link and Amelia will “figure it out” and get back together. “I’m watching the episodes, and I’m like, ‘Please don’t propose again!’ I’m rooting for him to be cool,” she says of Link.

For now, viewers will have some time to process all the potential new couplings — and the complications that come along with them — as Grey’s is going on a three-week hiatus until Dec. 9.