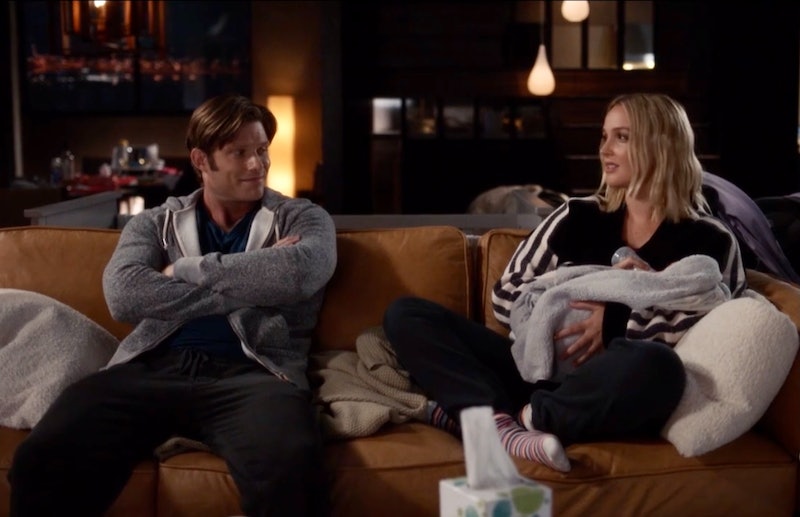 At the end of Grey’s Anatomy Season 17, Link showed up at Jo’s door after Amelia rejected his seaside proposal. Fans of the show immediately took this as a sign that Link and Jo’s longtime friendship could be headed in a romantic direction — which star Camilla Luddington, who plays Jo, definitely sees as a possibility. “I was really best friends with my husband for many years before we actually ended up being together,” Luddington says of her husband Matthew Alan, who she married in 2019 over a decade after meeting him while working at a Los Angeles restaurant. “I think that is a lot of people’s experience, where they fell in love with their best friend.”

Still, Luddington is conflicted. She admits that she loves Jo and Link’s friendship, and part of her wants them to keep things platonic. Plus, she’s hoping Link and Amelia will “figure it out” and get back together. “I’m watching the episodes, and I’m like, ‘Please don’t propose again!’ I’m rooting for him to be cool,” Luddington says of Link, played by Chris Carmack.

Ultimately, though, she just wants Jo and Link to find happiness, whether that’s with each other or not. “If they stay friends, I get it, and I will love to watch them,” adds Luddington, who says she and Carmack’s families became “really close” during lockdown and even recently visited Disneyland together. “If the writers do decide at some point to make it more ... I’ll be excited to see what that means and what that looks like for them both.”

In the meantime, Jo is diving head first into what Luddington describes as “happy chaos” in Season 18. After adopting baby Luna, she’s struggling to adjust to new motherhood on her own — something that was important to Luddington to show, as she’d just welcomed her second child before filming. “Jo doesn’t have family members. She doesn’t have sisters like Meredith does to kind of help her wrangle the motherhood part of her life, and she doesn’t have the baby’s father in the picture, obviously. So what does her support system look like?” the 37-year-old actor says. “What’s really funny — and we see this in a couple episodes — is that Jo is exhausted from Luna teething. Luna’s about a year old now, and I have a 1-year-old. The reason I look so tired in these episodes is because Lucas, my baby, is teething ... So I can relate.”

On top of that, Jo is living in Jackson Avery’s old apartment and starting over as a resident in Grey Sloan’s OB-GYN program. “She’s trying new things, and it might not always go to plan, but I like the direction she’s going in,” Luddington says. “I think she’s growing up as a woman, too, and coming into her own without a relationship.”

That’s not to say a relationship isn’t in the cards, now that things are “kind of falling into place” in Jo’s personal and professional life. “I think the missing piece now, for Jo, is to complete that family and have a good man by her side,” Luddington teases, also making clear that not everybody has to have a partner in their lives to feel complete and happy.

Will Link be that man for Jo in the end? Stay tuned.

More like this
'The Queen’s Gambit' Season 2 Tweet Wasn’t From Anya Taylor-Joy
By Mary Kate McGrath, Jack Irvin and Grace Wehniainen
'GoT' Star Emilia Clarke Says She "Just Can't" Watch 'House Of The Dragon'
By Brad Witter
Shonda Rhimes Responded To The Surprise Exit Of A Day 1 'Grey's Anatomy' Figure
By Grace Wehniainen
RHOP’s Robyn Dixon Explained Why Juan Paid For Another Woman's Hotel Room
By Brad Witter
Get Even More From Bustle — Sign Up For The Newsletter
From hair trends to relationship advice, our daily newsletter has everything you need to sound like a person who’s on TikTok, even if you aren’t.