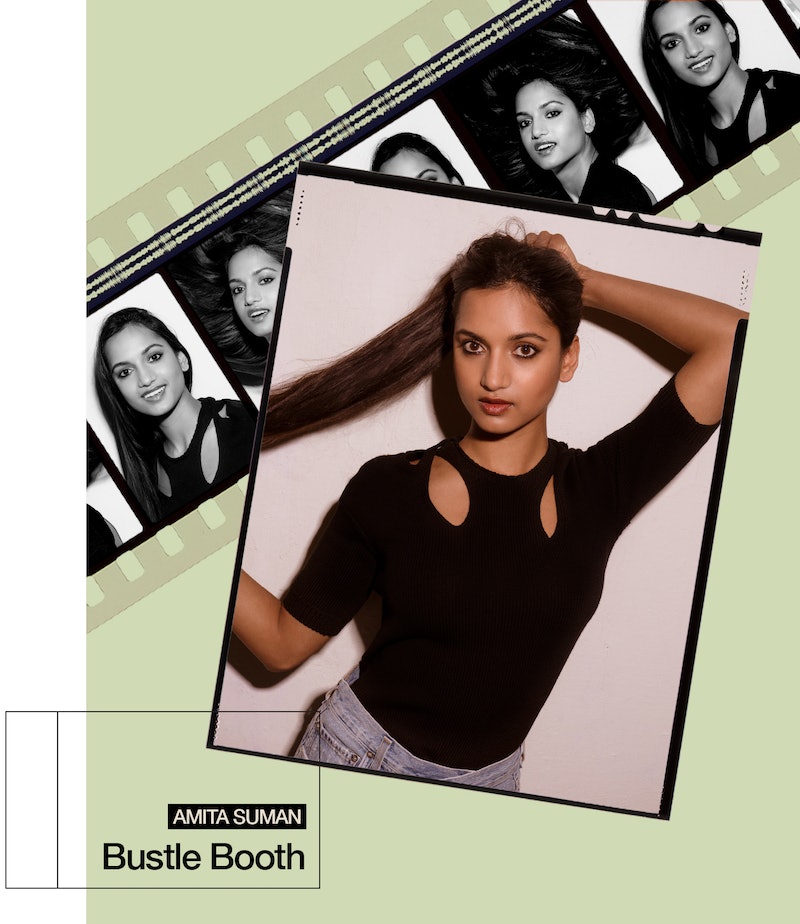 Amita Suman has always loved the fantastical, and it’s reflected in her CV. Topping her credentials are Doctor Who, and The Outpost, both of which have helped Suman make a name for herself within the genre. Speaking of genre-defining characters, the actor’s ambitions are high. “I’d love to play the Doctor. That’d be so cool,” she laughs.

Her expectations of working in the industry, however, have already been exceeded. “As a brown actress, I never thought I’d have the opportunity to work in the fantasy genre on TV or film,” the Nepal-born, Brighton-based actor says. “Even though it’s always been my dream. My first feeling was grateful.”

Her next role sees her take on the strong-minded and loyal spy, Inej, in Leigh Bardugo’s fantasy epic Shadow and Bone. One of the most popular series in the YA fantasy community, she says she felt the pressure. “After my first take I bought the book, and finished it within a day. I wholeheartedly fell in love with Inej. Then I researched the fans, and it’s such a strong and beautiful fan base, so I felt an immense pressure to do her justice.”

The Netflix adaptation of Shadow and Bone will bring to life a world that millions of readers have imagined. Suman fully immersed herself in the fantasy universe of Inej, but it wasn’t just the book that helped map out her performance. She went through an intense physical training program, which led her to investigate a part of the character that viewers won’t be able to see, her sense of smell.

“I wanted to find my own secret with Inej, by finding a scent that was unique to her. In the books it isn’t mentioned, so I set about finding a scent from her younger life that always reminds her of who she is,” Suman explains. “I had a long conversation with Leigh (the author), and tried so many fragrances before finally finding the one. I’d spray it every time I had a scene to get me in the Inej mindset.”

The actor says she hopes audiences see something of themselves in the character of Inej, as she did, and that portraying elements of her own story is something she would love to do more. “I would love to show the story of what it’s like being forced into a new environment, with new culture, new beliefs, new language, and new education,” Suman says.

“Being a female doesn't make you inferior to men, although that’s what I grew up with, and was taught when I was in a village. We worshipped men like they were gods, they were the providers. A woman's goal was to find a good husband. I’d love to tell that story.”

As Shadow and Bone airs on Netflix on April 23, it’s hard to imagine Suman doing anything other than kicking ass on screen. However, she reveals that if acting wasn’t to work out, she has her eye on one other coveted position. “If I could be the next David Attenborough, I would. That’d be another goal,” she laughs.

I guess we’ll have to watch this space. For now, you can read more Shadow and Bone star, Amita Suman below.

No one knows the exact date of my birth, but I believe it's Cancer.

If I had to choose it would be one with Bear Grylls.

Love. The support, respect, and magic that it provides never fails.

It's a hard question to answer, but perhaps that I have good taste in onesies – my bear onesie is my favourite, I wore it to set quite a lot when it was cold!

More like this
'The Last Of Us' Has Officially Been Renewed For Season 2
By Darshita Goyal
Turns Out George Clooney Is A Huge Fan Of This Classic British Game Show
By El Hunt
Helena Bonham Carter Doesn't Think 'The Crown' “Should Carry On"
By Sam Ramsden
'Abbott Elementary' Fans Probably Missed This 'Parent Trap' Easter Egg
By Sam Ramsden
Get The Very Best Of Bustle/UK
Sign up for Bustle UK's twice-weekly newsletter, featuring the latest must-watch TV, moving personal stories, and expert advice on the hottest viral buys.