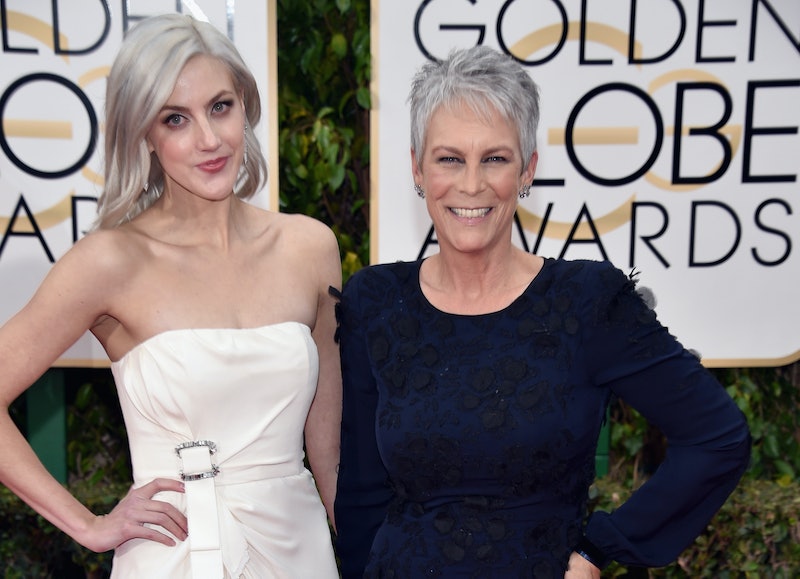 Some celebrities opt to bring their significant others to the red carpet, but other celebrities like to keep it all in the family. One such family-oriented celeb is Jamie Lee Curtis, who has brought her daughter as her date to several flashy Hollywood events, including the premiere of Knives Out. If you, like many people, are curious about the who’s who of celebrity families, then you’re likely wondering who Jamie Lee Curtis' daughter Annie Guest is.

Guest is the eldest of Jamie Lee Curtis’ kids. Curtis’ younger daughter, Ruby, publicly came out as transgender in 2021 and also works as a computer gaming editor. The two adopted sisters, nine years apart in age, were raised by Curtis and her husband, Christopher Guest, the famous screenwriter.

Annie Guest lives a fairly private life and isn't active on social media. But even though Guest keeps it low key, she's no stranger to red carpets. She is a seasoned awards show and movie premiere date, having accompanied her mother to many fancy events — which, when you factor in the glam squad preparation, seems like a full-time job in and of itself. And ever since Curtis joined Instagram, she has shared multiple pictures of her daughter when they're hanging out together, though more recently Curtis has used the platform to post exclusively about philanthropy and activism.

As for Curtis' oldest daughter's true passion, Guest is a professional dancer — and an incredibly accomplished one at that. Here are some more facts about Annie Guest:

Annie Guest Graduated From Kenyon College With A BFA In Dance

Following her lifelong commitment to dance, which she began at age 3, Guest attended Kenyon College in Ohio to pursue her art. There, she focused on classical and contemporary dance technique and ballet, along with being voted by her peers as the best choreographer in college.

Guest Is A Dance Teacher

Guest has worked as a dancer instructor for several years, most recently at MNR Dance Factory in Los Angeles, California. Beginning as a competitive dancer for MNR, Guest first entered the teaching sphere for the dance company at 16 years old. She taught at Archer School for Girls, Paul Revere Middle School, and Windward School, and while with MNR, Guest served as the co-director of MNR’s dance team. Versed in many forms of dance, she can teach ballet, jazz, contemporary, lyrical, modern, tap, and hip hop.

She & Mom Jamie Lee Curtis Both Have Great Style

And they’ve been working the red carpet together in coordinated ‘fits since the ‘90s. (Hello, velvet leopard print!) So, there you have it — while Annie Guest keeps her life pretty private, she’s bound to pop up at a premiere with her mom again one day.