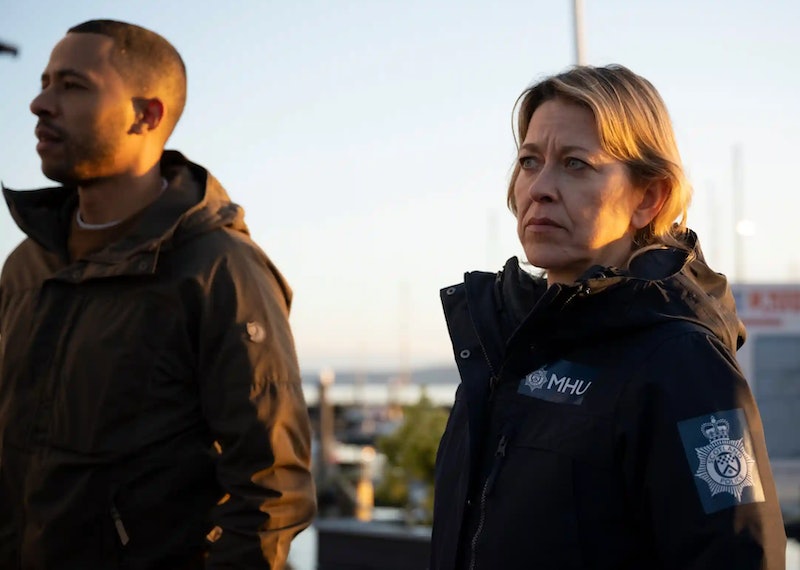 Brace yourselves, Nicola Walker fans, as the actor has confirmed that she’ll be returning as DI Annika Strandhed in Alibi’s Annika Season 2. From The Split to Unforgotten, Walker is no stranger to taking on serious roles for British TV dramas. Speaking on her return, Walker said in a statement: "We are all looking forward to fighting crime on sea and land with the MHU for a second series.” Teasing future storylines, she added: “There are secrets closer to home for Annika that will have to be faced. It’s going to be a bumpy ride.”

For anyone in need of a quick recap, Annika Season 1 saw DI Annika Strandhed introduced as a titular speedboat driving detective, who leads the Marine Homicide Unit (MHU). The team investigates the horrific and mysterious murders that happen in the waterways of Scotland. Strandhed had plenty to deal with first time around, including a hostage situation with one of her officers, her moody teenage daughter, and general work drama.

So what can we expect from the second instalment? Read on for everything we know so far.

Several actors will join Walker in reprising their roles. Jamie Sives will be back as DS Michael McAndrews, Katie Leung as DC Blair Ferguson, and Ukweli Roach as DS Tyrone Clarke. The dream will continue to work together at the Marine Homicide Unit.

You can also alsonexpect Silvie Furneaux to return as Strandhed's challenging teenage daughter, Morgan. The writer of Season 1, Nick Walker, will also return to write the new episodes.

Much like the first time around, viewers will be treated to six one-hour episodes. Each week will have a stand-alone murder mystery for the MHU team to investigate.

As it’s still early days, an official release date is yet to be confirmed, but reportedly it could premiere in early 2023. A trailer is also yet to be released, but we will update this article once we have more information to share.