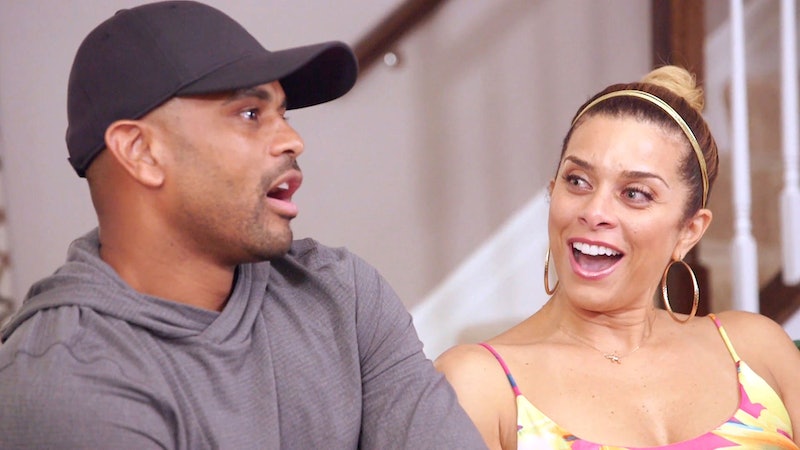 It’s been a turbulent road for Real Housewives of Potomac couple Robyn and Juan Dixon. After meeting in Baltimore in 1996, the high school sweethearts got married, had two children, and enjoyed an enduring 16 year relationship. However, they divorced in 2012. Afterward, they decided to keep living together in order to raise their family as a unit, and it’s here where RHOP picked up.

The couple had already been separated for four years by the time Season 1 premiered in 2016, putting a spotlight on their unconventional living style. RHOP seemed to strain their relationship: Juan was reluctant to film, which made viewers to see him in a negative light. "I hated Season 2 and how people perceived him because I feel like when the cameras were around, he just wasn't in the mood to film,” Robyn told Bravo in 2018. “It came through and that was the perception that people had of him."

In a May interview with the radio show The Breakfast Club, Robyn went into more detail about some of the issues that interfered with her and Juan’s relationship as co-parents. She admitted that she got “defensive” when people criticized their living situation in earlier seasons of the show. She also said that while she knew Juan was seeing other women after their divorce, they didn’t talk about it, which led to some tension. However, she said that she’s always been committed to standing by Juan — particularly after their divorce, since it coincided with his retirement from the NBA in 2012 and she didn’t want to “turn [her] back on him” during his “darkest times.”

Coincidently, it was those dark times that helped Robyn and Juan work toward reconciliation. She said as much in during her Breakfast Club interview, discussing the growth that she and Juan both went through during that period and seeing each other improve because of it. In Season 5 of RHOP, seven years after their divorce, the couple rekindled their relationship and began dating again. Juan then enlisted the help of Robyn’s friend and RHOP co-star Gizelle Bryant to find the perfect ring to propose with. At the end of Season 5, he popped the question at a Christmas party.

The coronavirus pandemic has put a pause on wedding planning for the duo. “The pandemic definitely shifted our focus to the house,” Robin told Page Six. “I was very respectful of the pandemic. Like, I pretty much didn’t leave my house for, like, that first three months.” She added that planning a wedding right now isn’t really an option, and they haven’t yet set a date. But while the pair may not be walking down the aisle any time soon, it’s fair to say they’re as committed to each other as ever.