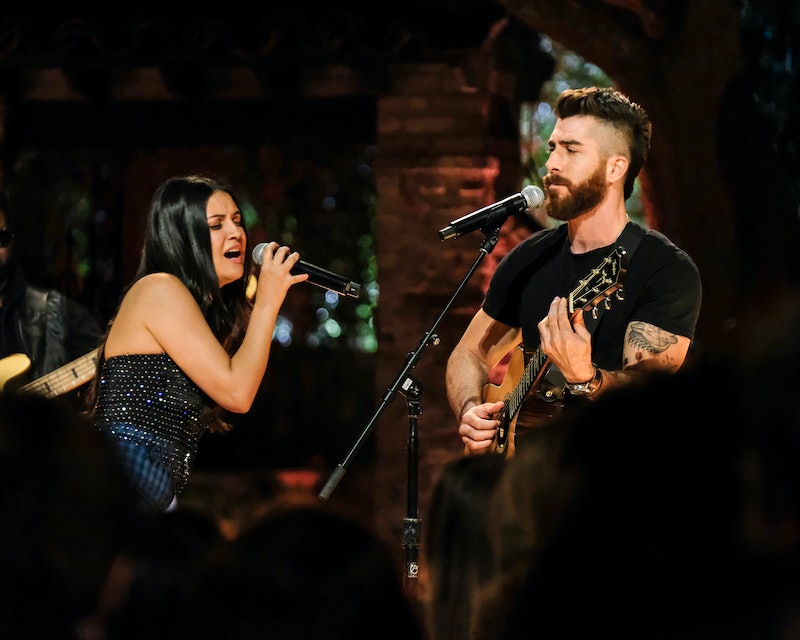 We're five weeks into The Bachelor Presents: Listen to Your Heart, and Rudi and Matt have already been through a lot together. Though they got off to a pretty electric start, it didn't take long for them to have their first fight: after Matt decided to take Mel on his first date instead of Rudi, she basically wrote him off. But by Week 2, the two had managed to kiss and make up, and their performances and chemistry have only continued to improve since then. In a preview for the May 11 episode, guest judge Ashlee Simpson even said she "could feel the heat" from their performance, which bodes well for their future both in the competition and after filming.

Of course, neither Rudi or Matt have revealed where they stand now, but they've certainly been playing up their relationship on social media. Rudi has even gone as far as giving them a couple name: Mudi. "Holding onto his arm like my life depended on it. Who's ready for Mudi Monday?!" she captioned a photo of her clutching Matt's arm, smiling. Matt has played along, too. "Mudi Monday Morning coffee ," he captioned a post. "Who's ready for tonight?!!"

Whether or not they're still a couple, the two seem to at least be on good terms — well, good enough terms to continue following each other on Instagram. Anything beyond that, we'll have to wait until the finale to find out.