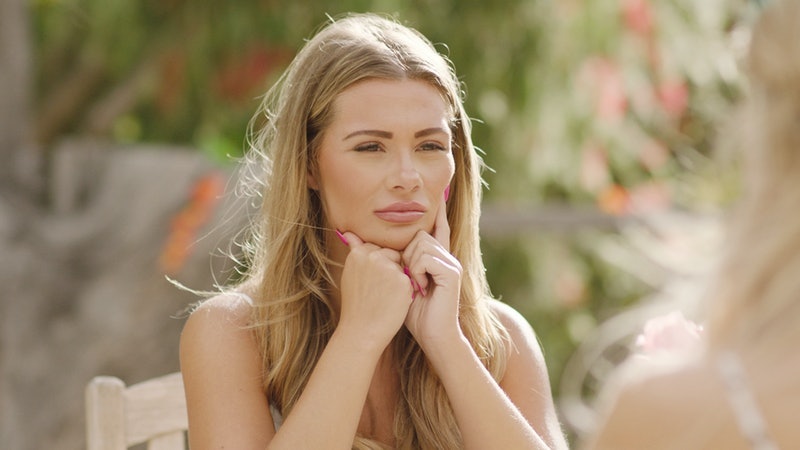 Celebs Go Virtual Dating hit our screens on July 27 and, already, the rumour mills are spinning double time. This time round it's two much-beloved reality TV stars who are at the centre of discussion but the question is, are Shaughna Phillips & Pete Wicks really dating?

The buzz surrounding the pair began when Phillips spoke to The Sun about Wicks, admitting that the show's dating experts think they're compatible. "Anna and Paul have actually said to me that they think me and Pete are alike in the sense that we kind of go along with things to be nice," she told the newspaper. "That could be a perfect chemistry! He’s probably not my type on paper, but he's lovely!" Add to that the fact that he's not a scaffolder and you have serious potential for romance.

These comments of course got fans all excited but, at the risk of bursting everyone's bubble, both Phillips and Wicks have made it clear that nothing is going on between the two of them.

Wicks spilled the beans when he spoke to the Mirror and said, "Do you know what it is? I can't even say hello to a woman without someone thinking that there's something going on." Addressing the rumours further he said, "She's a nice girl that's come out of Love Island, she's single, I'm single, we're doing the same sort of thing, working together and people have just jumped the gun but there's definitely no truth in that whatsoever."

Speaking to Heat, Phillips admitted that she's strictly sticking to the Celebs Go Dating rules. "It's a written rule [that you can't date the other celebs]," she explained, "and I fully abided by it. I'm a little bit of a goody-two-shoes, to be honest."

She did however reveal that she's been enjoying a bit of harmless flirting with the TOWIE star. "He's such a charmer," she says. "It's almost hard not to flirt with him, because everything he says is just so flirtatious."

It remains to be seen how the course of true love will run for them both on the show but, call me a hopeless romantic, I hope they end up breaking a few rules.

More like this
'Love Island' Has Added Yet Another Bombshell To The Villa
By Bustle UK
This Pre-'Love Island' Video Of Olivia & Zara Together Changes Everything
By Bustle UK
ITV’s New Take On 'Love Island' Is Only For MILFs & DILFs
By Sam Ramsden
Twitter Can’t Get Over Stormzy’s Surprise Cameo On Winter 'Love Island'
By Sophie McEvoy
Get The Very Best Of Bustle/UK
Sign up for Bustle UK's twice-weekly newsletter, featuring the latest must-watch TV, moving personal stories, and expert advice on the hottest viral buys.