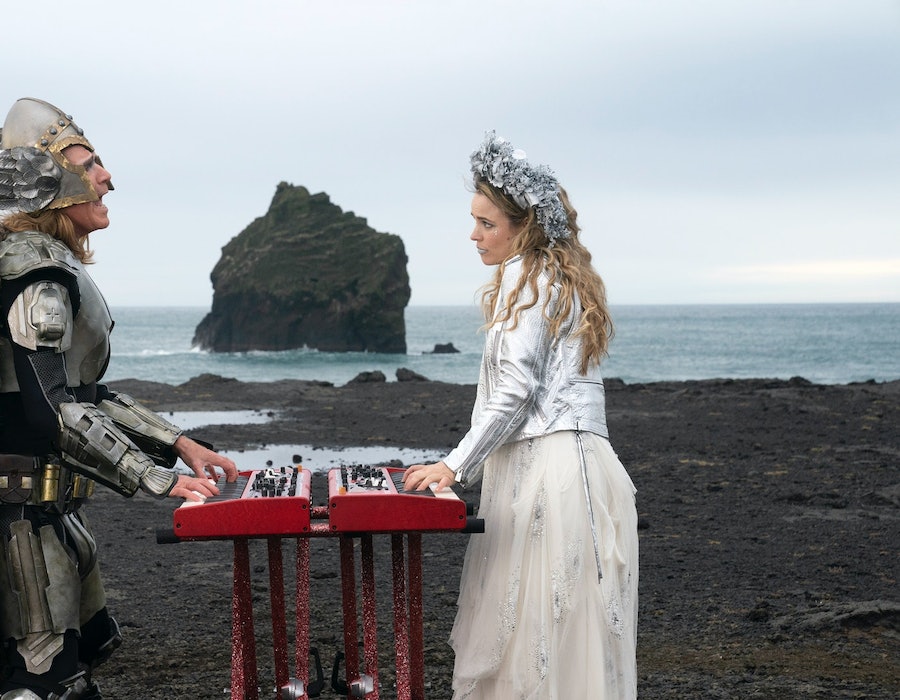 It's no secret that Will Ferrell likes to sing. From his "Afternoon Delight" rendition in Anchorman to his Irish drinking song in The Other Guys to his angelic vocal performance during the climax of Step Brothers, the guy certainly enjoys belting one out whenever the situation calls for it. His latest movie, Eurovision, offers up more singing opportunities than ever before as the comedian and Rachel McAdams — who's not been known to sing in her movies — star as an Icelandic singing duo. But are Will Ferrell and Rachel McAdams really singing in Eurovision, or have their voices been dubbed over by professionals?

The answer is a bit of a mixed bag. As expected, Ferrell really does lend his voice to Eurovision Song Contest: The Story of Fire Saga. Just one song has been released in advance of the movie's Netflix debut: "Volcano Man." The music video for the song features Ferrell and McAdams in character as Lars Erickssong and Sigrit Ericksdottir, who are collectively known as the music group Fire Saga. They both appear to be singing in the video, but Ferrell is the only one whose voice you actually hear. McAdams is lip-syncing while Swedish pop star Molly Sandén (AKA My Marianne) provides the real singing voice for Sigrit. This isn't too surprising, considering that Lars sounds like Ferrell and provides comic relief, while Sigrit sounds like a legitimate singer.

It seems unlikely that McAdams will sing at all in the rest of the film, either. The official soundtrack just dropped and McAdams' name is nowhere to be found amongst its featured artists. Ferrell is, however, as he sings on five tracks other than "Volcano Man," with Sandén accompanying him on all of them, making her the probable sole singing voice for Sigrit in the movie.

Although it's somewhat disappointing that McAdams probably doesn't unleash her real singing voice in Eurovision, the fact that fans get to hear Sandén's stirring vocals instead more than makes up for it. Plus, audiences of the movie will get the benefit of hearing noted songstress Ferrell sing more than he has in all of his other films combined, which really makes it all worthwhile.