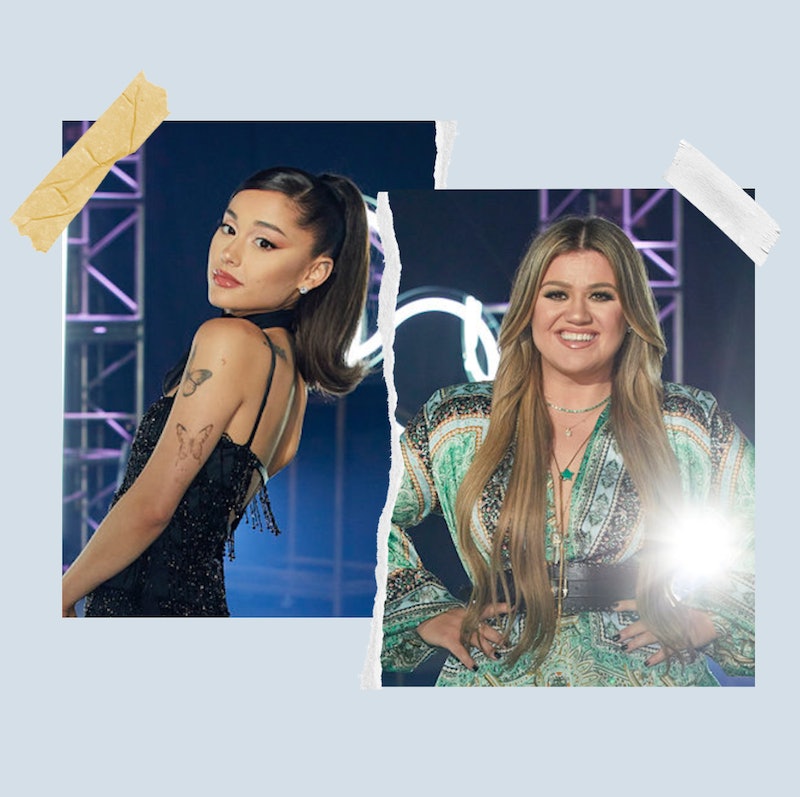 What you want, Ariana Grande and Kelly Clarkson have got it (what you need, do you know they’ve got it?). All they’re asking is for you to watch their “Respect” duet. On the Season 21 premiere of The Voice on Sept. 20, Grande made her debut as a coach, turning her chair multiple times and recruiting the first contestants on her team. She also joined her new co-panelists John Legend, Blake Shelton, and Clarkson for their first coaches’ onstage performance of the season.

Although Legend and Shelton kicked off the performance with a soulful rendition of Sam & Dave’s “Hold On, I’m Coming,” it was Grande and Clarkson’s take on Aretha Franklin’s “Respect” that immediately earned everyone’s respect. The duo strutted onto the stage, leaving the boys in the dust, and played off each other’s energy, challenging one another to soar even higher vocally. When Shelton and Legend came back on at the end, they were just singing backup, with Clarkson and Grande’s incredible high notes stealing the show.

As part of premiere day, Grande also joined her fellow Voice coach on The Kelly Clarkson Show, where they gushed about their duet. “One of my favorite moments of the whole season so far was the coach performance, because just getting to sing with this woman,” Grande said, pointing to Clarkson, “it was just such an incredible experience.”

The newlywed admitted to being slightly intimidated by her fellow coaches. “The hardest part was the rehearsal beforehand where all of us were just sitting around a piano, and hearing their voices in the room was so special,” Grande explained. “I was like, ‘I gotta sing now? That’s not fair. Bye.’”

Grande also confessed that she had already broken rules on her Voice contract before the season even premiered, revealing that she keeps in touch with her team members outside of filming. “It’s just a really special experience to be able to share some of what we’ve learned and been able to do in our lives with these artists that are just wanting to do the same thing,” she explained. “I love them. I’m obsessed with my team. I’ve broken every rule in my contract. I talk to them all, all the time, DM-ing them. They’re like, ‘You’re not supposed to do that.’ And I’m like, ‘Sorry.’”

Clarkson even noted that Grande is always “sending stuff to the hotel” for her contestants. On premiere night, Grande was finally able to go public with her first team members on social media. “Welcome to #TeamAriana the wonderful katie rae, @kkmohler and @vaughnmugol,” Grande wrote on Twitter. The singer is also now following her team members on Instagram, as posted on her Instagram Story. If these aren’t good reasons to join Team Ariana, then nothing is.

More like this
What Is Ariana Grande's Net Worth? When It Comes To Money, She Has No “Problem”
By Hugh McIntyre
Chrishell Stause & G Flip Have “No Rules Or Regulations” In Their Relationship
By Brad Witter
These 10 Wild Real Housewives Fights & Moments Are Andy Cohen’s All-Time Faves
By Grace Wehniainen
Bachelor Nation's Blake Horstmann Is Dating 'Love Is Blind' Star Giannina Gibelli
By Jake Viswanath and Radhika Menon
Get Even More From Bustle — Sign Up For The Newsletter