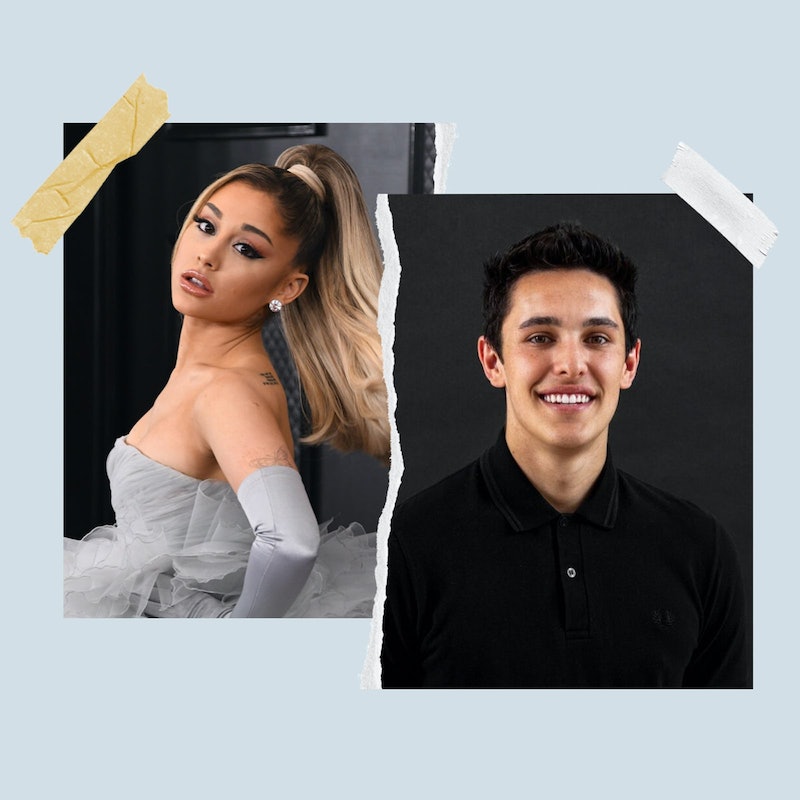 It’s been roughly two months since Ariana Grande and Dalton Gomez walked down the aisle, but the newlyweds aren’t done celebrating. On Sunday, July 11, the “Positions” singer posted a series of photos and videos on Instagram from the couple’s honeymoon in Amsterdam, proving that they’re just as in love now as they were on the night they exchanged their vows.

The pop star’s post included many highlights from the couple’s romantic vacation. One photo was of Amsterdam’s famous canals; another was of one of the city’s many iconic windmills. Grande also shared some smaller moments from their trip, including a clip of her interacting with a swan, as well as a variety of photos of flowers, ladybugs, and of course, her husband.

Die-hard fans of the “7 Rings” singer would likely agree that the best photo of the bunch was the one of her and Gomez sitting in a pair of giant wooden clogs. The Netherlands is known for the traditional Dutch footwear, and oversized versions of the clogs can be found all over the city for tourists to take photos with. As for the caption, Grande kept it simple with snail and waffle emojis, which are two things Amsterdam is known for.

Grande and Gomez secretly tied the knot on the weekend of May 15. The singer’s rep confirmed to Bustle that the pair married in a small ceremony at her California home in Montecito, which was originally reported by People. “It was tiny and intimate — less than 20 people,” the rep told the magazine. “The room was so happy and full of love. The couple and both families couldn’t be happier.”

Ten days later, the “Into You” artist took to Instagram to share intimate photos from the couple’s big day. One picture was of Grande and Gomez locking lips captioned “5.15.21.” She also shared two separate slideshows of wedding photos, one that focused on her sleek white bridal gown, and another filled with snapshots of her and Gomez celebrating at home surrounded by candles and white flowers.

Grande got engaged to the 25-year-old Los Angeles real estate agent in December 2020 after nearly a year of dating. She announced the big life update with a slideshow of romantic photos, which included pictures of her diamond (and pearl) engagement ring. “Forever n then some,” she captioned the post. “They couldn’t be happier, they’re just so excited,” a source told People at the time. “This is a happy time for them, both sets of parents are thrilled.”

The newlyweds first started dating in January 2020. Their romance only went public a few months later when media outlets reported in March that they were isolating together amid the lockdown. “She’s gotten to know him quickly,” especially during the lockdown, a source told E! at the time. “They’ve been spending a lot of one-on-one time at home.”

Now that restrictions have loosened, the recently married pair was able to go on their honeymoon and celebrate the start of their lives together. Moving forward, they’ll likely continue to keep their relationship low-key as they’ve done from the start. Still, the honeymoon slideshow was the confirmation fans needed that the lovebirds are still going strong, two months after saying “I do.”

More like this
Ariana Grande & Kristin Chenoweth Sing A Wizard Of Oz Classic On TikTok
By Alyssa Lapid
15 Photos Of 'The Last Of Us' Star Pedro Pascal That Cement His Zaddy Status
By Radhika Menon
Keke Palmer Shares The Sex Of Her & Darius Jackson's Baby
By Jake Viswanath
Hilary Duff's Husband Matthew Koma Has Her Name Tattooed On His Butt
By Jake Viswanath and Stephanie Downs
Get Even More From Bustle — Sign Up For The Newsletter
From hair trends to relationship advice, our daily newsletter has everything you need to sound like a person who’s on TikTok, even if you aren’t.